A mysterious smartphone that seems to pack Qualcomm Snapdragon 898 chipset under the hood has surfaced online. The American semiconductor company will reportedly unveil its much-awaited flagship mobile chipset next month at the Tech Summit event. It will succeed the well-received Snapdragon 888 that made its debut last year. The Snapdragon 888 is powering up several flagships this year. Moreover, Qualcomm’s new chipset will reportedly carry the Qualcomm Snapdragon 898 moniker. However, Qualcomm has neither confirmed the forthcoming chipset’s name or any other detail at the moment.

Last month, a report suggested that the 4G version of the Qualcomm Snapdragon 898 chipset will be powering up a Huawei device. This piece of information came from noted Weibo tipster @ChanganDigitalKing. Previously surfaced reports went as far as claiming that a Snapdragon 898 chip-powered Huawei Mate 50 engineering model was being tested. Now, another reputed leaker has divulged more details surrounding the forthcoming flagship mobile chipset.

Tipster DigitalChatStation has posted an image of an unknown smartphone to his Weibo account. The leaker claims this mysterious smartphone packs the Qualcomm Snapdragon 898 chipset under the hood. Moreover, the screenshot of the smartphone gives us a glimpse of a Device Info HW app with vital information about the flagship chipset. The image shared in the now-deleted Weibo post shows that the upcoming flagship chipset carries model number SM8450. Furthermore, the image reveals that the next flagship chipset from Qualcomm will have a tri-cluster architecture that includes Cortex X2 prime core running at 3.0GHz. 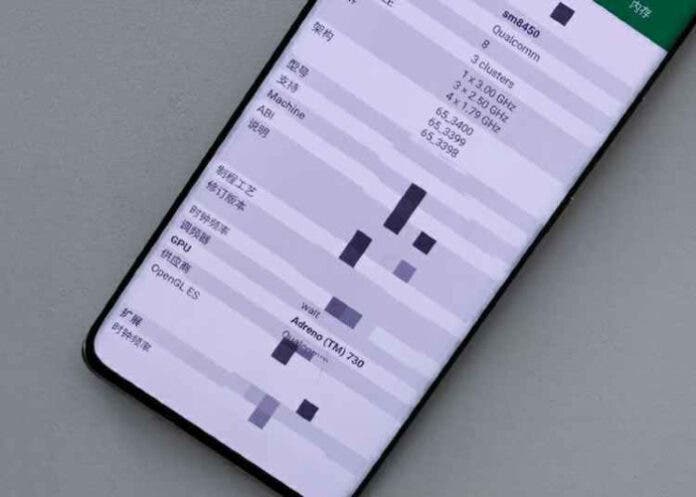 Aside from that, the chipset will feature three Cortex-A710 cores that clock at 2.5GHz. It will also have four Cortex-A510 power-efficient cores that clock at 1.79GHz. Moreover, the chipset will be accompanied by a highly competent Adreno 730 GPU for graphics, according to a report from SparrowsNews. However, the screenshot does not confirm earlier reports that suggest the chipset will have a Snapdragon X65 5G modem. The aforesaid Snapdragon X65 5G modem is likely to deliver download speeds of 10Gbps. The tipster did not reveal the name of the smartphone in the image, but it seems to have slim bezels. Regrettably, that’s the only piece of information that the image reveals at the moment.

The word on the street is that Xiaomi and Vivo are set to unveil their next flagships that will be drawing power from the Snapdragon 898 SoC. Moreover, reports suggest that these handsets are likely to go official next month. To recall, Xiaomi announced the Mi 11 in December shortly after the arrival of the Snapdragon 888 SoC. In other words, the Xiaomi 12 could see the light of the day next month. Back in September, a Vivo phone with Snapdragon 898 surfaced on Geekbench. The Galaxy S22 series will reportedly be the first to pack the Snapdragon 898.

Previous Apple Files A Patent For The Magic Keyboard For iPad

Here is the first-ever Snapdragon 898 tablet