A recent update on Qualcomm’s official website shows that the 2021 Snapdragon Technology Summit will hold from November 30 to December 2, 2021. Of course, we expect that the much-talked-about Snapdragon 898 flagship SoC will arrive at this summit. The company did not announce the specific date for the launch of this flagship processor. However, the Qualcomm Snapdragon 898 SoC will make an appearance at this summit. 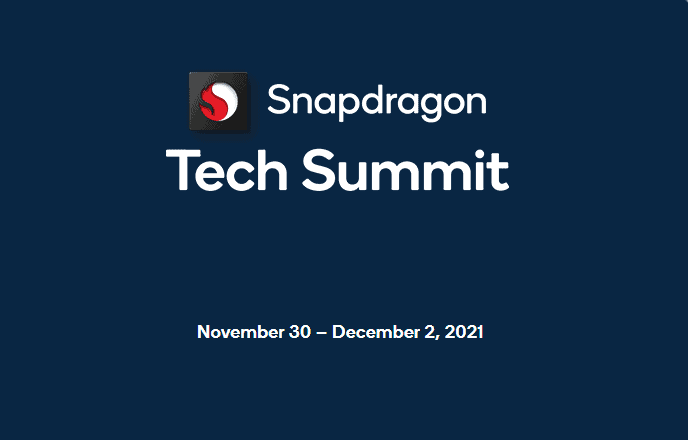 Judging from the recent reports, manufacturers including Honor, Xiaomi, Vivo, Samsung, Motorola, Oppo, Huawei, ZTE, Asus, Black Shark, Lenovo, Nubia, Realme, OnePlus, Sharp, and other manufacturers all have the opportunity to be in the first batch. Right now, there is even a competition for which manufacturer will be the first to use this chip.

Of course, there is still the issue of the global shortage of chips. As of now, we can not tell how available this chip will be for 2022 flagship smartphones.

The Geekbench listing shows the chipset’s core configuration. It suggests that the prime Cortex X2 core clocks at 2.42GHz. Likewise, the Cortex-A710 core clocks at 2.17GHz and the Cortex-A510 cores are at 1.79GHz. It seems that the Snapdragon 898 sample did not run at its top potential. Earlier reports have revealed that the Cortex X2 core is capable of going as high as 3.09GHz. Moreover, the Geekbench listing has revealed that the Qualcomm SoC will feature a competent Adreno 730 GPU.

Surprisingly, this chip scores 720 in the single-core and 1,919 in the multi-core tests. This is lower than its predecessor and this could be because it is an engineering sample and the phone could be running on unstable firmware. There is also a possibility that the phone may be running in a battery-saving mode, which restrains the CPU. Alternatively, this abysmal performance could be a result of bad thermals. The low performance can also be due to Samsung’s 4nm node, which will be used in the chipset. An earlier Weibo leak shows that the Snapdragon 898 will be 20 times faster than its predecessor.

Next Vivo V23e Key Specifications & Design Leaked Ahead Of Launch