Every year we know more and more about Samsung products that have not yet been released. Every year it is more and more difficult for the South Korean giant to keep its plans and developments secret. In recent years, there have been many failures of the company’s security service, when photos of devices not yet presented and their characteristics were leaked to the network. One of the latest leaks is the appearance on the network of photos of the Galaxy S22 Ultra.

The pictures confirmed the presence of a built-in stylus and an unusual design of the main camera. Naturally, the leak of Galaxy S22 Ultra photos did not go unnoticed by the company itself. According to the authoritative insider Ice Universe, Samsung may undergo personnel purges. The company has launched an internal investigation to find the culprit in leaking information to a famous blogger and wants to punish him.

And while Samsung is busy looking for him, confidential information continues to flow from its walls. All the same John Prosser, who posted the photo of the Galaxy S22 Ultra on the network, said that on January 4, 2022, an Unpacked press event will take place, at which the Galaxy S21 FE will be shown, and its sales are planned to begin on January 11. He also announces that the presentation of the Galaxy S22 family of flagships will take place on February 8, 2022, and on the same day, they will start accepting pre-orders for new devices. The new smartphones will go on sale on February 18.

Now the company will need to find not only the one who took the photo of the Galaxy S22 Ultra, but also the one who blabbed about the release dates. 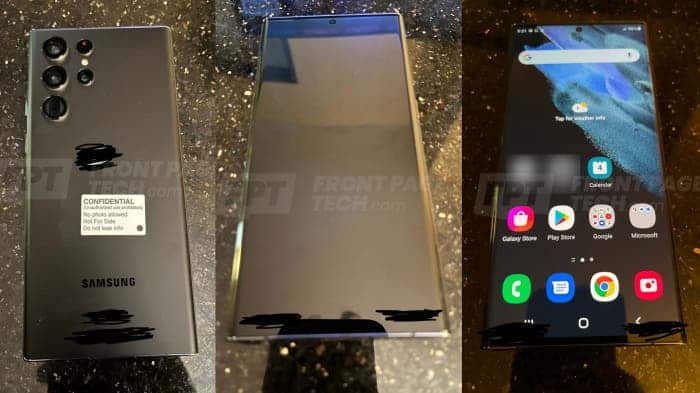 Next Telegram will have a paid subscription to disable ads