Motorola is already unveiling a new generation of smartphones, that should be part of its upcoming 2022 generation. Earlier this month, the company revealed the Moto G51 5G as the very first smartphone with a Qualcomm Snapdragon 580+ SoC. The device also had a gorgeous 120 Hz refresh rate display and other nice aspects. Now, the company is preparing to reveal a new compelling smartphone dubbed Moto G71. The higher number implies that it will be better than the Moto G51. Today, the device was spotted at TENAA certification giving us a brief look at its specifications.

A popular tipster from Weibo has shared images and key specifications of the upcoming Moto G71. The upcoming device will stick with a punch-hole design and a triple-rear camera setup on the back. On the right side of the device, there is a volume rocker and a dedicated button for Google Assistant. It’s not clear if the carved Motorola logo at the back will also serve as a fingerprint scanner. After all, the TENAA certification suggests that it has an AMOLED display. Of course, this does not grant an in-display fingerprint scanner as Xiaomi already moved to AMOLED but keeps its scanners mounted at the side. 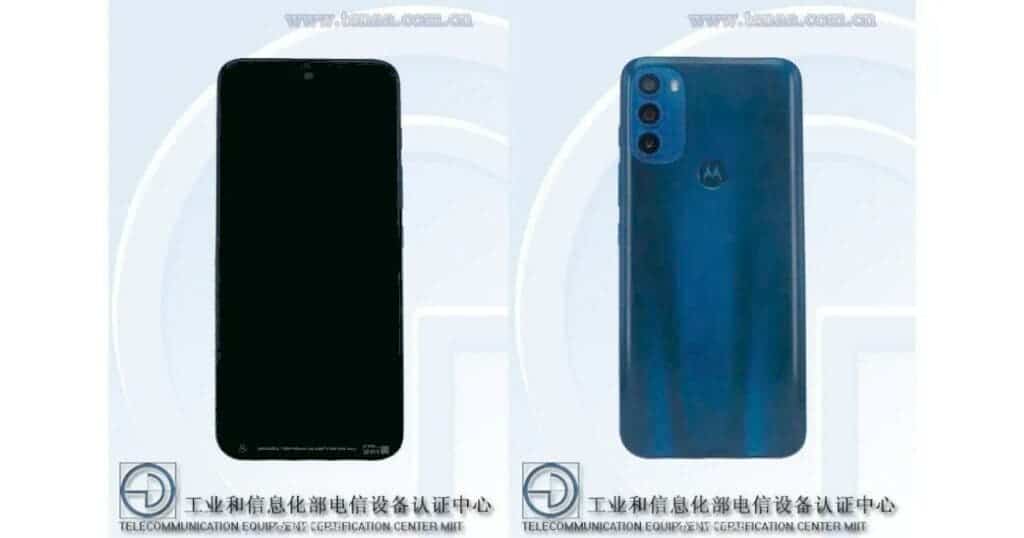 The Moto G71 specifications will come around a large 6.4-inch AMOLED display with a Full HD+ resolution of 2,400 x 1,080 pixels. The device will have a punch-hole cutout in the top center. Under the hood, the report suggests that the device has a 5G processor with eight cores and a 2.2 GHz clock speed. It will probably come with 6 GB of RAM and 128 GB of Internal Storage plus microSD card expansion. The handset will draw its powers from a 4,700 mAh battery. We assume that it will come with some sort of fast charging. The device will also have a 3.5 mm headphone jack, will weigh 180 grams, and will measure 8.4 mm in thickness.

For comparison, the Moto G51 5G has the power of a Qualcomm Snapdragon 480+ 5G. Although it’s beyond the vanilla Snapdragon 480 5G, it’s still is the starting step in the Qualcomm Snapdragon family. The SoC is meant for the low-budget segment and there are many better options. We assume that the G71 will have a beefier chipset. However, at the time of this writing, it’s hard to determine which chipset will be powering the new mid-range smartphone.