Analysts at Counterpoint Technology Market Research regularly analyze the smartphone market. This time, they took up the fact that they calculated the cameras with which resolution are now prevailing in the market.

In the segment of smartphones with a price tag of $ 200 and $ 400, most of those models are equipped with sensors of 48 megapixels and 64 megapixels. The share of devices that have sensors with a resolution of 64 megapixels was 14% against 3.5% in the first three months of this year. 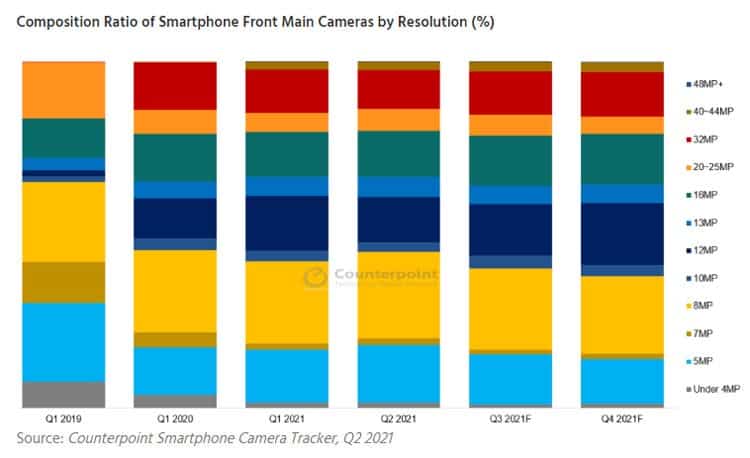 In the budget segment with a price tag of up to $ 100, sensors with a resolution of 8 megapixels still set the tone. The share of such devices was 45.2%. At the same time, the number of models with 32 megapixel and 48 megapixel sensors is also growing. 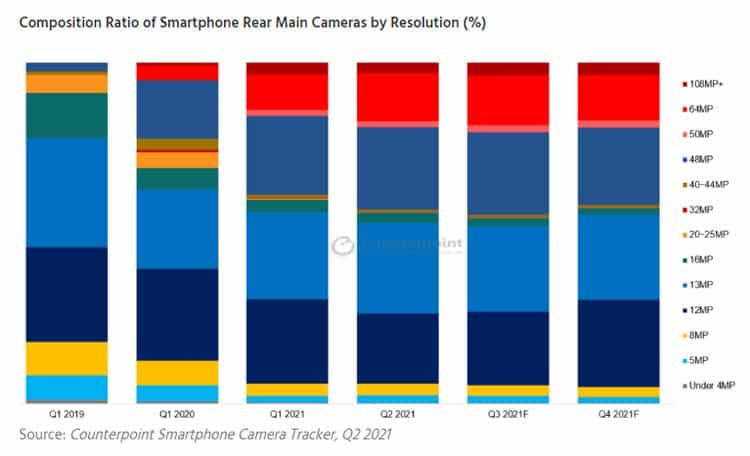 Commenting on this high-resolution advance, CounterPointResearch Senior Analyst Ethan Qi said, “48MP and 64MP have become the mainstream for models priced between $200 and $400, while flagship smartphones resort to large-area sensors to deliver a DSLR-like professional performance, of which 50MP is the most adopted. Although the share of 108MP fell to 3.1% in Q2 2021; the more affordable 0.7µm-based 108MP sensors continue to spread to mid-range models from OEMs such as Redmi and realme.”

In September 2021, Samsung further pushed the smartphone CIS industry into the 200MP era with the new ISOCELL HP1 sensor; which is expected to enter flagship models in the coming quarters. In October, Sony launched the Xperia Pro-I with a 12MP 1-inch rear main camera; aiming to bring consumers a DSLR camera-like photography experience. Although mid- to high-end smartphones (wholesale price above $200) will continue to adopt high-resolution and large-area imaging sensors; the upgrade may slow down due to the ongoing component shortages and rising bill of materials (BoM) costs. We will keep a close eye on it.

Next Oppo Reno7 Pro appears in a live photo