Oppo consistently updates the Reno series every six months, which gains audience loyalty due to its recognizable design, good performance and moderate pricing policy. Now the company is preparing to present the Reno7 line and today a photo has been leaked to the network, which demonstrates the front surface of the Pro version.

If the picture is accurate, then the Oppo Reno7 Pro will receive a flat display with a circular hole in the upper left corner. Attention is drawn to the fact that the screen will receive thin frames and the chin is very small. About the characteristics of the Oppo Reno7 Pro, it is known that it will be based on the Snapdragon 888, will offer a multi-module rear camera with a main sensor of 50 megapixels, a 4500 mAh battery with fast 65-watt charging, a 6.5-inch OLED display with a resolution of 2400×1080 pixels with a refresh rate of 120 Hz. The smartphone should weigh 185 grams and its thickness will be 7.6 mm.

The base Oppo Reno7 should receive a Dimensity 1200 chipset and a 4500 mAh battery with 65W fast charging technology. As the main one on the backside, they will offer a triple camera 50 MP + 16 MP + 2 MP. The screen here will also be OLED, its diagonal will be 6.5 inches and a refresh rate of 90 Hz. 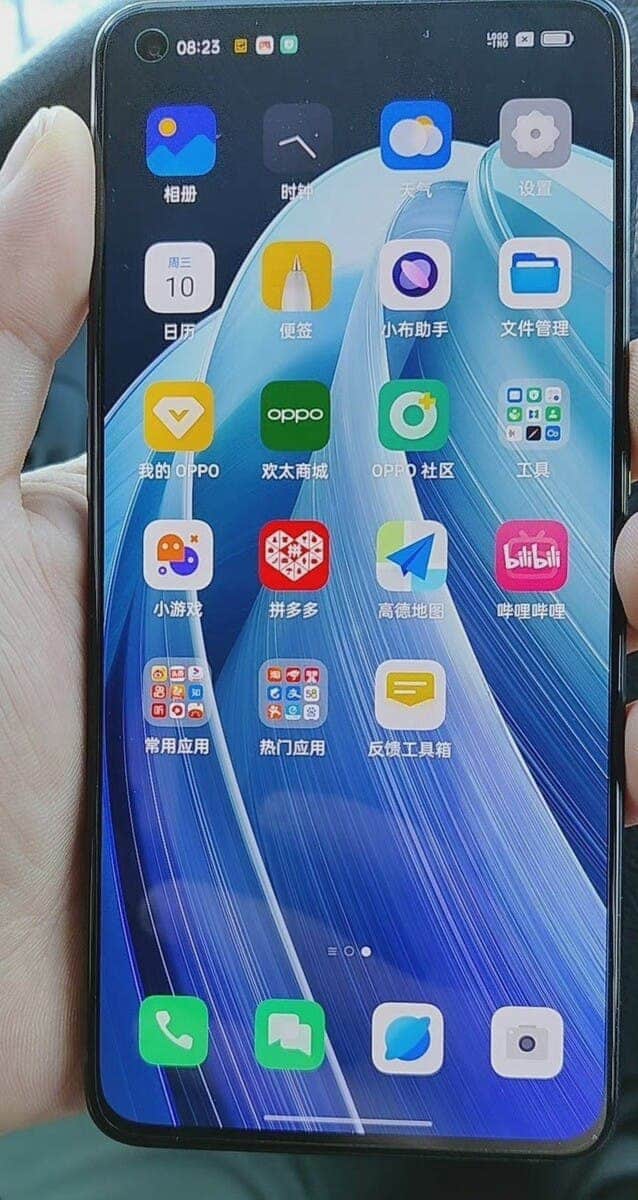 Last November, rumors of Oppo‘s intention to launch tablets and laptops appeared on the Web for the first time. However, 2021 is already drawing to a close and the Chinese company has yet to unveil these devices. While Oppo has yet to officially reveal its tablet plans, live photos and specifications of the alleged Oppo tablet have leaked online.

The image reveals quite a few details about the upcoming Oppo tablet; but it does make it clear that the front-facing camera isn’t cut into the device’s screen. In addition to the photo, several screenshots have appeared that reveal the technical parameters of the device.

According to these screenshots, the Oppo Pad will be powered by the Snapdragon 870 chip. The chipset will be paired with 6GB of RAM and 256GB of storage. The operating system will be Android 11 with Color OS 12 shell.

Tech insider Digital Chat Station claims that the device will receive an 11-inch matrix with a resolution of 2560 × 1600 pixels and a refresh rate of 120 Hz. It is reported that the tablet will boast an 8080mAh battery.

The new device will be Oppo’s first tablet, but not the first from BBK Electronics. It was the Realme Pad, presented a couple of months ago. The tablet received a MediaTek Helio G80 chipset and a 10.4-inch IPS-screen. Also, Realme has already released a laptop.

Oppo Reno7 series pricing for India tipped ahead of launch