Redmi Smart Band Pro India launch has been tipped, much to the delight of those restlessly waiting to get their hands on the feature-laden wearable. Redmi took the wraps off Redmi Smart Band Pro and Redmi Watch 2 Lite during a launch event in China last month. Xiaomi boasts an impressive array of devices under its Redmi branding. These include smartphones, wearables, and a slew of other devices.

Last month, Mukul Sharma shared screenshots showing the Indian BIS certification of the Redmi Smart Band Pro, Redmi Watch 2, and the Redmi Watch 2 Lite. The devices passing through the certification website imply they are around the corner. Regrettably, Redmi has not revealed an official launch date yet. However, the Redmi Smart Band Pro is likely to go official in India on November 30 alongside the Redmi Note 11T 5G smartphone.

The Redmi Smart Band Pro will be succeeding last year’s well-received Redmi Smart Band. Aside from that, it is likely to go toe-to-toe with the likes of Samsung Galaxy Fit, and the Huawei Watch Fit fitness trackers. More shreds of information about the Redmi Smart Band Pro smartwatch’s imminent India launch will be revealed in the next few days. However, the specifications and features of the upcoming wearable are already known.

You get up to 14 days of regular usage and 20 days of usage with power-saving mode. Aside from that, the wearable comes with a six-axis sensor, a light sensor, and a PPG heart rate sensor. It carries 5ATM certification for dust and water resistance. Also, the band offers Bluetooth v5 support. Under the hood, it packs an Apollo 3.5 processor. Much to the relief of health-conscious wearers, the band monitors the heart rate, SpO2 and even tracks sleep quality. 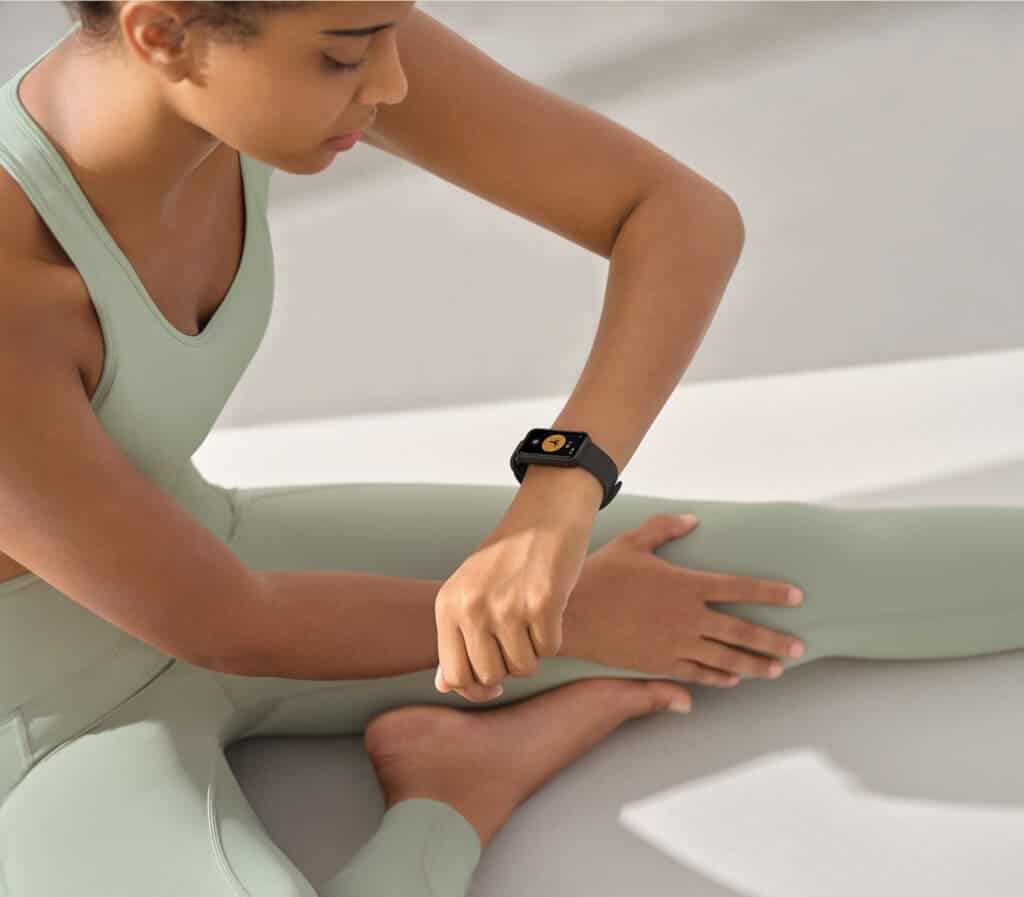 Moreover, the band has multiple workout modes. These include elliptical machines, rowing machines, jumping rope, HIIT, outdoor cycling, and more. On top of that, the Redmi Smart Band Pro is capable of automatically detecting three fitness modes including outdoor walking, outdoor running, and treadmill. Other notable features include menstrual tracking, stress level monitoring, and deep breathing exercises. It weighs only 15 grams and is available in the sole black color option globally.

It is still unclear whether Xiaomi will launch the Redmi Smart Band Pro in more color options in India. Details about the price tag it will be carrying are scarce at the moment as well. However, these pieces of information are likely to surface online ahead of the band’s official unveiling.

Previous Redmi K50 series will likely use the Dimensity 2000 SoC

Next Samsung Galaxy A33 photos leaked: no drastic design movements