Today, Chen Jin, general manager of Lenovo’s mobile phone business department in China, revealed the running scores of Motorola’s new Edge S series. The overall score of the smartphone on AnTuTu exceeds 850,000 points. This is only 150,000 points away from 1 million points. Chen Jin claims that the new Motorola Edge S series has a running score of 858,000. He believes that the adjustments of the Snapdragon 888+ SoC for non-gaming smartphones are perfect. 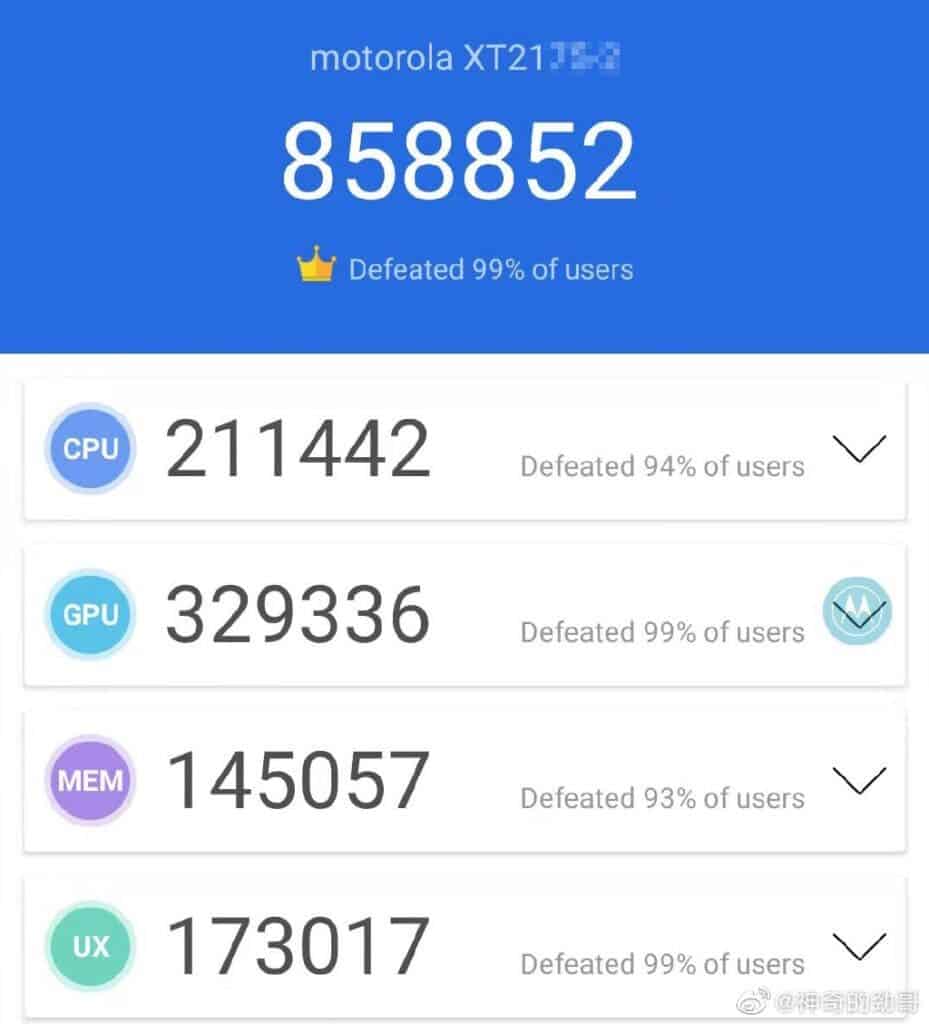 According to the official introduction, the Snapdragon X65 5G modem and radio frequency system is Qualcomm’s 4th generation 5G modem-to-antenna solution. It is the world’s first to support 10Gbps 5G rate comparable to optical fiber. It is also the first to comply with 3GPP Release 16 specifications.

According to reports, the company will unveil the new Snapdragon 888+ Motorola Edge S flagship next month. It will also launch a Snapdragon 8 gen1 flagship smartphone next month. This will be the first Motorola device to use Qualcomm’s latest flagship processor.

The first batch of devices with Qualcomm Snapdragon 898 will hit the road around mid-December. Most of the leaks so far are of smartphones. This is the first report of a tablet that will use this flagship processor.

Next Microsoft will continue to update Windows 10 once a year