Nokia Mobile may be planning to launch its next KaiOS smart feature phone. NokiaPowerUser found that the Nokia N139DL has passed GCF certification and can be listed on the European market soon. 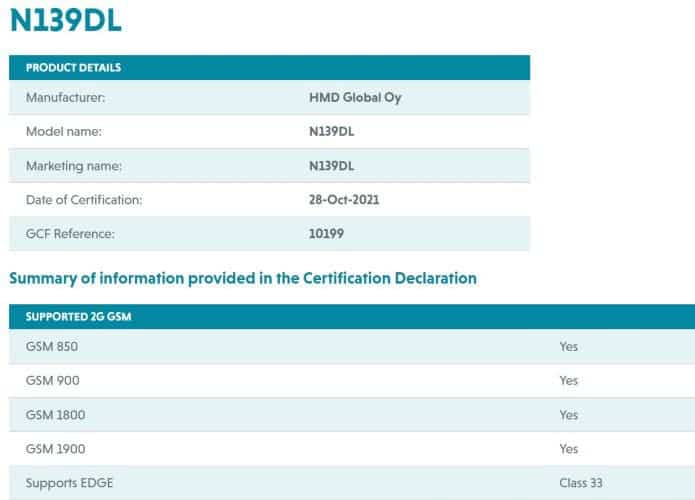 The Nokia N139DL has appeared on the official WiFi certification website earlier. At that time, we learned that the phone will run on the KaiOS 3.0. The phone supports 4G networks and 2.4GHz wireless networks. 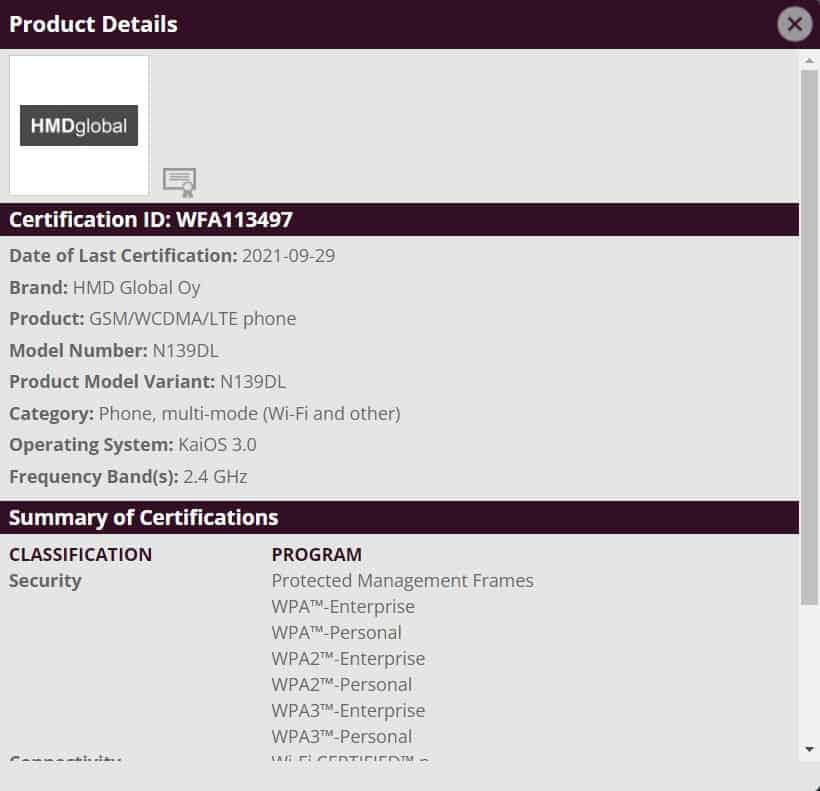 After passing the GCF certification, HMD may launch the Nokia N139D at any time for the global market.

Honored to have won a @RedDot Award in the Interface & User Experience category!

As exciting as winning the award is the affirmation of the design approaches and capabilities to create a user experience with the new internet users in mind. Thanks everyone who made it possible!

If you are not familiar with this system, then you should know that recently it got a RedDot award in the Interface & User Experience category. This system is developed not by Nokia itself but by KaiOS Technologies. The latter has come a long way since its launch in 2017. And though most users own smartphones, there are still over 1 billion feature phone users today. So KaiOS can still remain in the market for a long time.

As IDC reported, this company has managed to launch more than 140 models. During these years, it shipped over 156 million feature phones. Their total value exceeds $3.8 billion. In the feature phone market, their market share is 8%.

The smartphone UI creators mostly focus on advanced or sophisticated functions. But for feature phones, they are not imperative. In this sense, KaiOS doesn’t focus on aesthetics. The team mainly wants the system to run seamlessly and smoothly on a low-spec device. Plus, any user should be able to use it with no effort and 0 learning cost.

For this purpose, the KaiOS team takes a minimalist design approach. That’s why users can navigate intuitively and interact with apps successfully. While many of you might think this is quite easy to implement on feature phones, it’s essential for users who have never owned a mobile phone.

Well, that’s not difficult to guess interaction with the phone is realized via physical keys. They are optimized in apps such as Browser to make up for the hardware limitations.

The home screen adopts a carousel design. It provides direct access to apps. Users can select them simply by pressing the keypad.