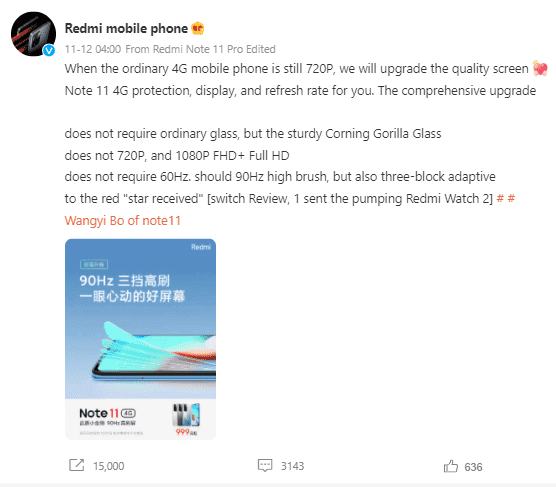 According to Redmi, the 4G version comes with a 720P display but the company will upgrade to a 1080P display. Furthermore, this screen supports a 90Hz high refresh rate and also uses solid Corning Gorilla Glass.

Redmi Note 11 4G uses a 6.5-inch 90Hz LCD full screen, which can intelligently dynamically adjust the frame rate. It can adaptively switch according to reading, gaming, video, and other environments, making your screen experience smoother.

The first official sales of this device will take place on December 1st.  It will be available in three colors: Dream Clear Sky, Time Monologue, and Mysterious Black Realm. It is available in 4GB + 128GB and 6GB + 128GB versions. 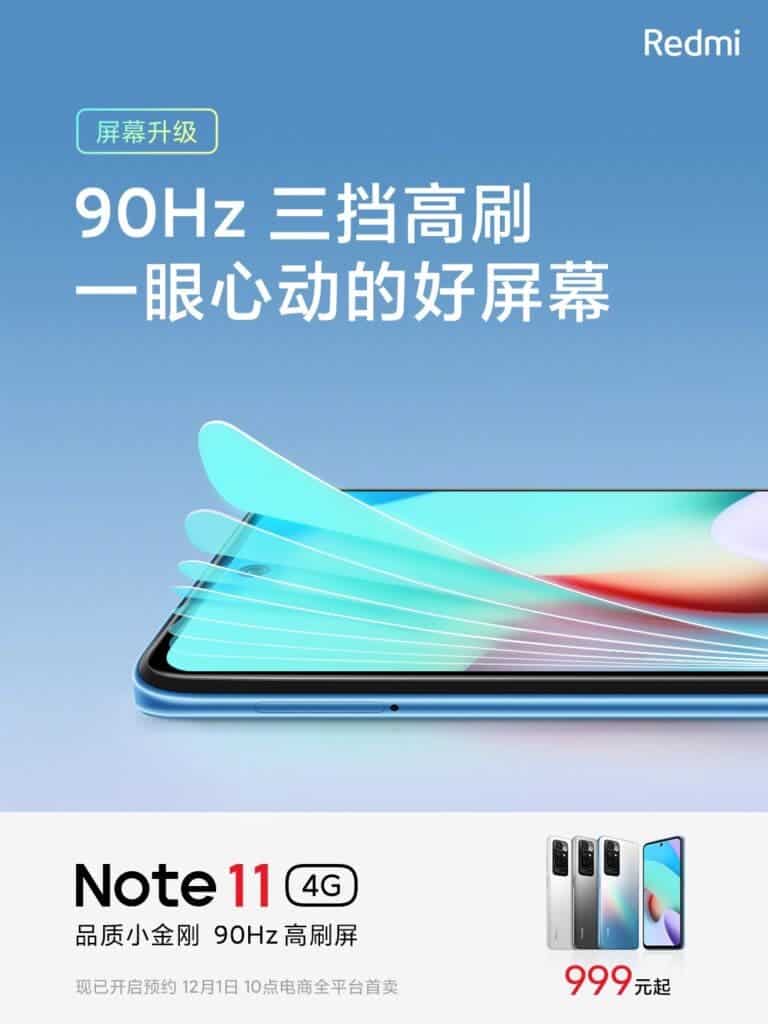 Next Xiaomi 200MP smartphone to debut next year - Xiaomi MIX 5?