The Apple AirPods are small. This might cause some strange incidents. Recently, Carli Bellmer, a 27-year-old woman in Boston, USA, swallowed an AirPod headset.

Actually, Carli Bellmer wanted to take painkillers, but mistakenly swallowed the earphones as pills. After, she recorded a video, in which we saw how she is crying and trying to explain how it happened. Moreover, as the headset was still connected, the microphone of the headset accidentally recorded the voice in her stomach. This made the video go viral and caused a huge stir on the net. 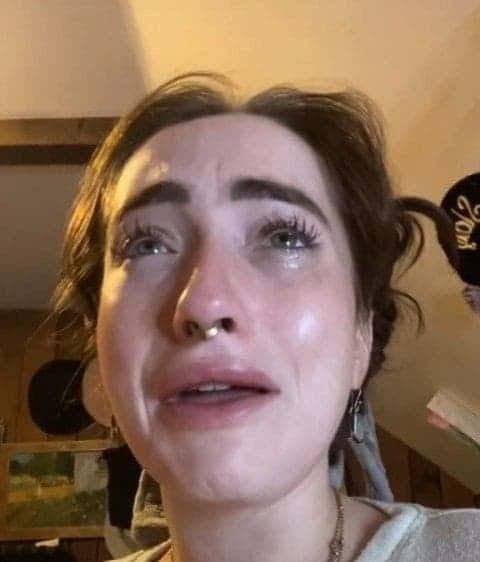 Carli told that when she was going to bed, she was holding the headphones in one hand and painkillers in the other. When she found that the pill she should have taken was still in her hand, she realized that one of the AirPods is already in her stomach. Though she was trying to spit it out, it was too late. 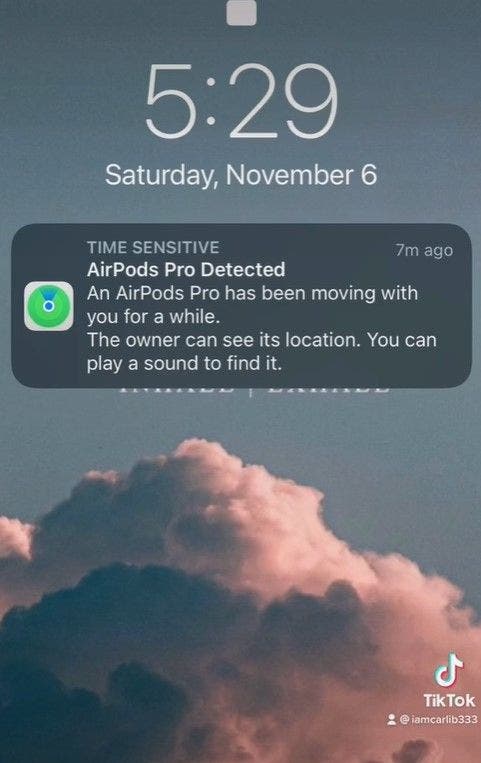 Carli Bellmer called the doctor immediately. But the headset in her stomach was still connected. As the screenshots show, the phone issued an instruction to find the headset. This made her even more desperate.

Two days later, she went to the hospital to take X-rays for review and confirmed that there was no AirPod in the body, but she did not know when the earphones were discharged. 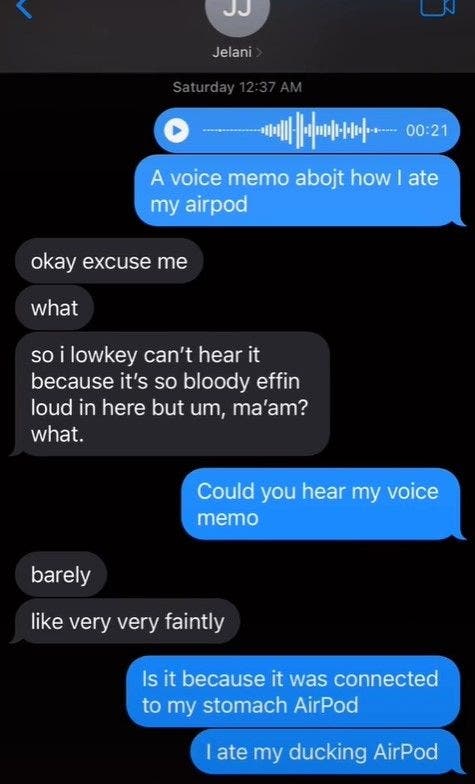 She also posted a video showing that the swallowed AirPod was still connected to her iPhone while she was making a call. Consequently, a voice memo she sent a friend included gurgling sounds recorded in her stomach.

Carli hopes she is not the only person who has eaten an AirPods bud.

There were many users accusing this TikTok user of swallowing the AirPods to get more views. But as she said, she was sharing this information “for educational purposes” only.

Other Cases Of Swallowing AirPods

Anyway, this is not the first time when users eat the AirPods. Last year a seven-year-old boy from Georgia, United States, swallowed an Airpod. Unlike the case above, he swallowed the headset because of being careless. He just was holding it in his mouth. The boy was rushed to the hospital to take the AirPod out from his stomach.

Another similar incident happened with a man in Taiwan. A couple of years ago, in 2019, he swallowed his AirPod. The device was still working after it was taken out of the man’s body.