Realme GT 2 Pro smartphone’s India launch seems to be right around the corner, as the moniker appears on an IMEI listing. The Realme GT Neo2 took the smartphone segment by storm earlier this year. The feature-laden GT Neo successor went official back in March. Now, the Chinese smartphone manufacturer is hard at works on a higher-end GT Neo2 model that will carry the Realme GT 2 Pro 5G moniker.

The purported Realme smartphone has been subject to a lot of speculations lately. The word on the street is that the Realme GT 2 Pro will be the company’s first smartphone to pack the upcoming Snapdragon 8 Gen 1 (aka Snapdragon 898) chipset under the hood. Despite the lack of an official confirmation, speculations surrounding the Realme GT 2 Pro smartphone’s India launch timeline have been making the rounds online. Now, a noted leaker has shed more light on the smartphone’s imminent launch in the country.

Reliable tipster Mukul Sharma has confirmed to 91mobiles that the Realme GT 2 Pro will go official in India in Q1 2022. Aside from that, Sharma found the Realme GT 2 Pro moniker in the source code of Realme’s official website. However, this is not the first time this handset has been spotted on the company’s official website. To recall, the GT 2 Pro appeared on Realme’s website via a listing back in October. Sharma suggests that the phone will be arriving in the Indian market during the first quarter of 2022.

So yes, as I tipped a little while ago, Realme GT 2 Pro is indeed coming up soon. The moniker has now been confirmed via IMEI listing.
Feel free to retweet.
And credits will be highly appreciated.#Realme #RealmeGT2Pro pic.twitter.com/DLcvpllWoA

Sharma has spotted the handset on the IMEI database with model number RMX3301 earlier this month. Before that, the smartphone passed through the EEC website. The aforesaid listing did not only confirm the moniker but also hinted at an imminent launch. Sharma went on to tell 91mobiles that Realme was carrying out internal testing of its upcoming smartphone. Furthermore, he claimed that the phone will go official in Q1 2022, provided everything go as planned.

Although multiple reports suggest that the Realme GT 2 Pro 5G is around the corner, details about the smartphone’s exact launch date are still scarce. However, the phone has multiple appearances online and has passed through the EEC website, Realme’s official website, as well as the IMEI database. Last week, the phone was spotted on AnTuTu with an impressive 1-million+ score. Noted leaker Digital Chat Station shared a screenshot of the Realme RMX3300 (Realme GT 2 Pro 5G) benchmark scores. 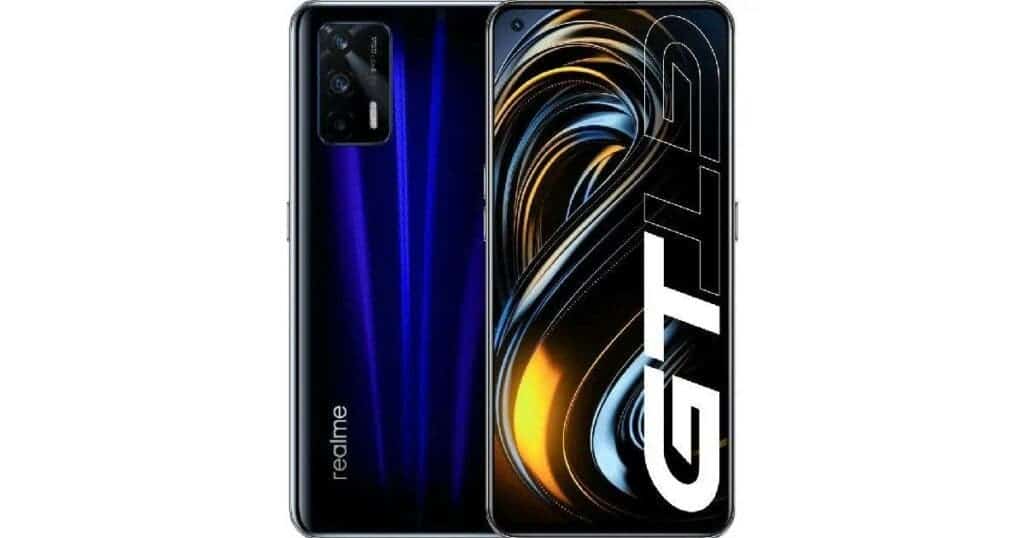 The phone managed to score an unparalleled score of 1,025,215 on AnTuTu. This is the highest score acquired by a smartphone. Moreover, tipster WHYLAB shared some key Realme GT 2 Pro 5G smartphone specifications via a Weibo post last week. The smartphone will probably sport a 6.51-inch Super AMOLED display that offers an FHD+ resolution. Moreover, it will reportedly have a punch-hole cutout at the top to house the front shooter. Also, it will deliver a pixel density of 404ppi.

Furthermore, the smartphone’s fingerprint sensor will be integrated into the display. The Realme RMX3300 device that appeared on AnTuTu pack Qualcomm’s SM8450 SoC (Snapdragon 8 Gen1) chipset. Aside from that, AnTuTu suggests that the device will ship with 12GB LPDDR5 RAM and offer 512GB of UFS 3.1 storage, according to a report from GSM Arena. Furthermore, the phone is likely to run Android 12 OS with Realme UI 3.0 skin on top.

The handset could feature a 108MP primary camera, in the photography department. Aside from that, it could feature an 8MP ultra-wide-angle sensor and a 5MP sensor at the back. Upfront, the phone will house a 32MP selfie camera. The Realme GT 2 Pro smartphone’s starting price will be RMB 4,000 (about INR 46,000). There will be a special edition of the smartphone that could retail for RMB 5,000 (about INR 58,000).

Previous Apple Still Working on a Multi-Device Charger for Its Version of a Wireless Future, According to Report

Next Realme 9i Could Launch Globally In January 2022, See Expected Specs