Recently, the Samsung Galaxy S21 FE appeared on the support page of Samsung UAE’s official website. Over the past few months, there have been many unreliable renders of this device. However, this is the first official render of this smartphone from the manufacturer. Looking at the new render, the Samsung Galaxy S21 FE adopts a face-to-face screen design. Furthermore, the front camera is in a punch-hole which is at the center of the display. Based on the previous news, this screen is a 6.4-inch AMOLED screen with an FHD+ resolution. This smartphone display will also support a 120Hz refresh rate.

On the rear of the smartphone, there is a camera bulge similar to the Samsung Galaxy S21. Furthermore, the location of the flash is outside the camera module which makes it stand out. The Samsung Galaxy S21 FE will come with a triple rear camera setup. It will have a 64MP main camera as well as a 32MP selfie shooter. The maximum storage combination is 12GB + 256GB. Also, this smartphone will come with a decent 4500mAh battery capacity that supports 15W charging. Furthermore, the Galaxy S21 FE will run on Android 11 out of the box. In other respects, the Samsung Galaxy S21 FE buttons are mostly on the right side of the frame and support the USB Type-C interface. It is expected to launch four colour options including green, lavender, cream, and black. 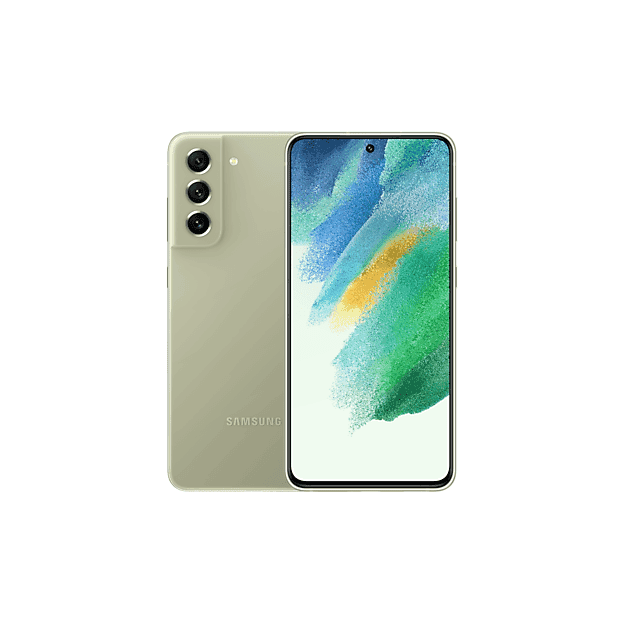 According to speculations, the Samsung Galaxy S21 FE will officially arrive in January next year.

The Samsung Galaxy S21 FE smartphone’s official cases have arrived on the UK retail website. The images offer a close look at the upcoming handset through the Clear Standing Cover, the Silicone Cover, the Clear View Cover cases. 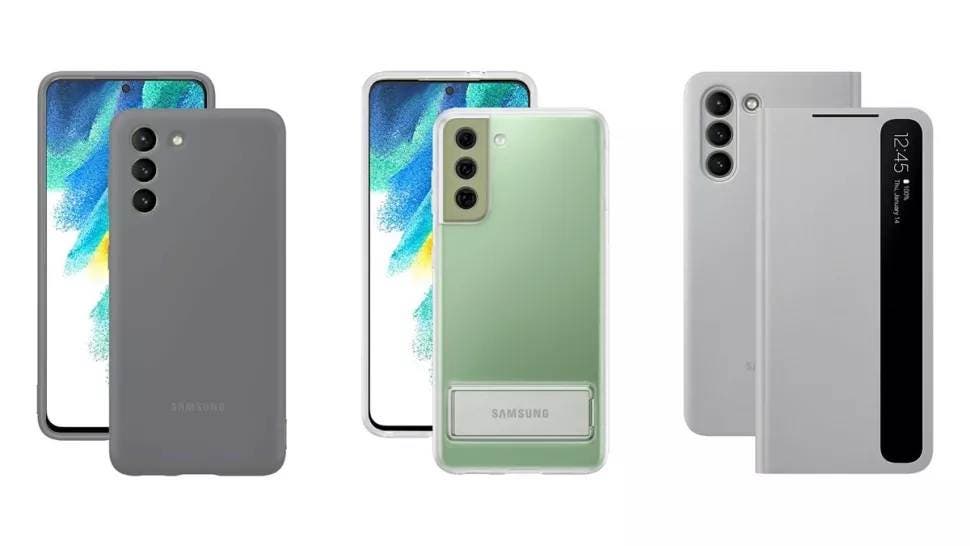 The images on the retail website corroborate earlier leaks. Images and key details about upcoming smartphones usually pop up on the internet in the form of leaked images. Aside from that, the rumor mill usually churns out a lot of speculations ahead of smartphone launches. Likewise, a lot of details about the Samsung GalaxyS21 FE have already been making the rounds online ahead of the phone’s launch. This is primarily due to the phone’s delayed debut. Not too long ago, details about Samsung Galaxy S21 FE phone’s pricing were revealed. The GalaxyS21 FE will reportedly carry a price tag that matches its predecessor, the Galaxy S20 FE. In other words, it could retail for $699 / £699 / AU$1,149. Aside from that, some reports claim that the phone could set you back €649 in European territories. There’s also no dearth of leaked images of the upcoming smartphone.