Tecno Spark Go 2022 smartphone’s official-looking live images have popped up on the internet, revealing the phone’s key specifications. Tecno Mobile is gearing up for the imminent launch of the Tecno Spark 8T. In the meantime, it seems that the Shenzhen-based mobile phone manufacturer is also prepping to unveil a new handset under its Spark lineup. While nothing is set in stone yet, the next Spark series device is tipped to carry the Tecno Spark Go 2022 Edition moniker.

Taking to his Twitter account on December 6, tipster Paras Guglani shared two live images of the Tecno Spark Go 2022 smartphone. As expected, the recently surfaced live images give us a glimpse of the upcoming smartphone’s outward appearance. Aside from that, they divulge some key specifications. On the downside, the images shared by Guglani do not offer a full view of the phone’s front, as well as back panels. The first photo shows the rear panel partially, showing off the camera module and something that could turn out to be a fingerprint scanner.

At first glance, the rear panel seems to house a triple camera setup. However, after observing closely, it is clear that the phone will actually feature two rear-mounted cameras. Aside from that, an LED flash seems to be accompanying the phone’s dual rear camera module, according to a report by Cashify. Moreover, what appears to be the third camera lens has the text AI written on it. Details about the camera configurations are still scarce. However, the stickers on the front reveal some detail. The rear panel seems to house a 13MP camera along with a depth sensor.

The front panel has some stickers that shed light on some of the other details. The phone is likely to sport a 6.5-inch display that features a tiny dot notch at the top to accommodate the selfie camera. Moreover, the screen could deliver an HD+ resolution. Aside from that, the phone will probably draw the juices from a robust 5000mAh battery. Other notable features include Super Boost System Optimization, Soplay Music Mixer, and DTS Stereo Sound effects. This is probably a software feature available in the custom skin. 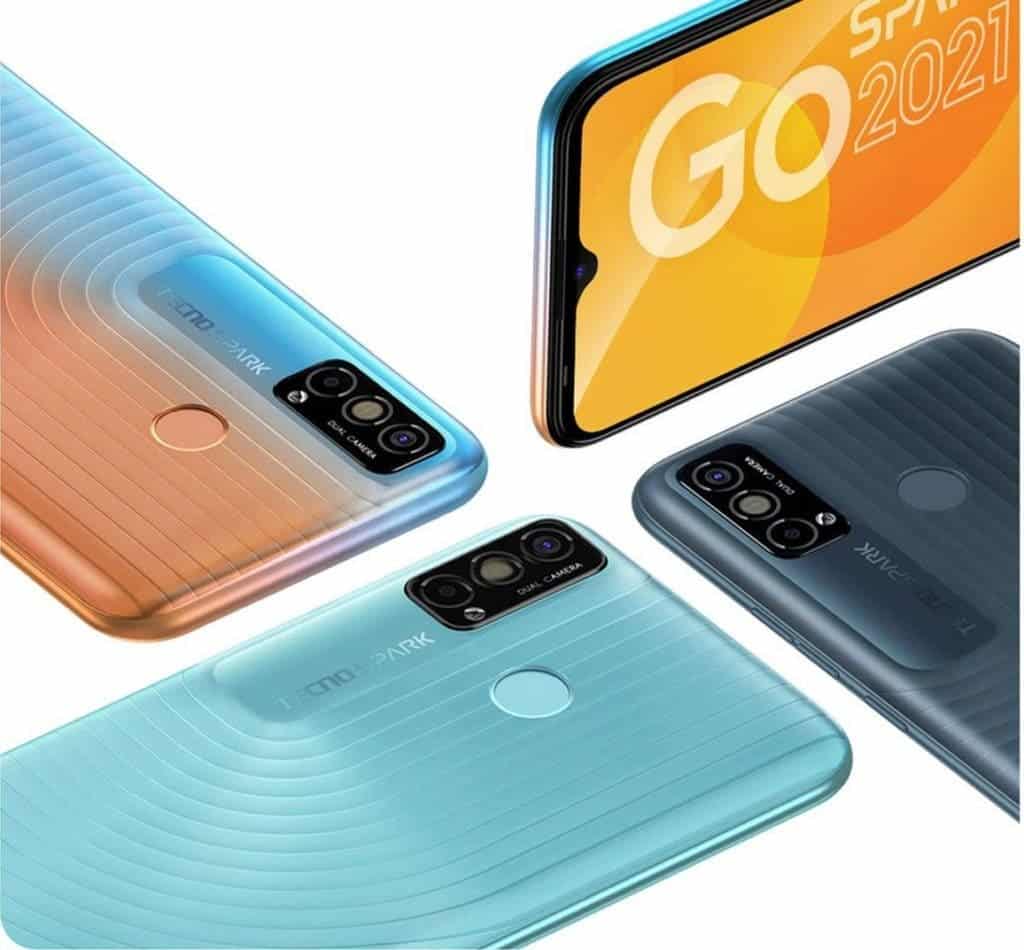 According to some sources, the Tecno Spark Go 2022 will boot Android 11 out of the box. Furthermore, the phone will reportedly pack a MediaTek’s Helio A22 SoC under the hood. It could ship with 2GB of RAM and offer a decent 32GB of built-in storage capacity. However, since Tecno Mobile has neither confirmed nor denied these speculations, readers should take them with a grain of salt. To recall, the 2021 variant of the Tecno Spark Go smartphone went official in Nigeria in July this year. It remains to be seen whether the company picks the same month next year to launch the phone’s upgraded version.