Xiaomi is one of the major players in the fast charging development industry. The company currently has a 120W fast charging but it is working on improving its existing charging technologies. According to popular Weibo tech blogger, @DCS, Xiaomi is currently testing a flash charge of over 100W. In addition, the technology also considers the battery life and charging speed. Unfortunately, the blogger did not disclose the specifications of this new fast-charging technology. From what we know so far, the Xiaomi 12 series highest charging power is 120W. Although the Xiaomi 12 will launch this year, the Ultra model will arrive in March or April with 120W fast charging. This means that Xiaomi’s new ultra-100W flash charger will not arrive until the Xiaomi MIX 5 series.

This charging solution may launch with the Xiaomi MIX 5 at the earliest. This flagship series will probably launch in the second half of the year. It is worth mentioning that there have been a lot of news that Xiaomi will support fast charging specifications with higher power than 120W on its high-end flagship products in the second half of next year

As for the specific plan, Xiaomi has previously announced a 200W power fast charge, showing a modified version of the Xiaomi 11 Pro. Its wired charging power reaches 200W, and it only takes 8 minutes to charge 100%. This is the first time that wired charging will deliver a full charge in less than 10 minutes. 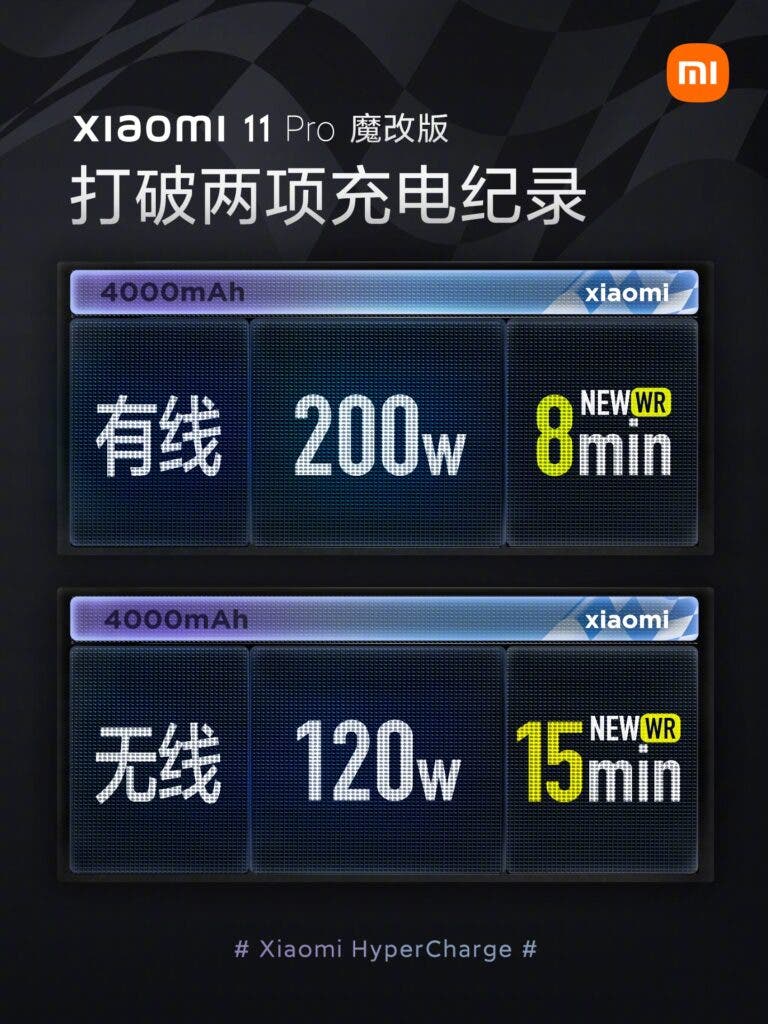 In conjunction with Xiaomi’s previously announced self-developed “ring-shaped cold pump cooling system”, it will also greatly control the heat generation of the 200W fast charging. This will improve the safety of this ultra-high-power fast charging thereby improving the overall performance.

In addition, Xiaomi also has a 120W ultra-fast wireless flash charging. For wireless charging, it can get a full 100% charge in 15 minutes. First off, this is the first time that the wireless charging capacity will exceed 100W. Secondly, charging wirelessly for only 15 minutes to give a full charge is also new.