Microsoft has begun testing an updated version of its classic Notepad application – it has received a number of modern innovations, including a dark theme, a more user-friendly interface for find and replace functions, and enhanced options for undoing recent actions.

Microsoft adds dark theme and improvements to Notepad for Windows 11

The updated Notepad features are now available to members of the Windows 11 Insiders program. In addition to visual changes, including a dark theme, there have been changes in the functional part. Find and replace boxes now look different, and search has moved to the top of the text box. Now you can undo not one, but several recent actions. In addition, the “Format” menu has disappeared, the “Font” item from which has migrated to the “Edit” menu.

Apparently, Microsoft is not planning global innovations for Notepad, so as not to turn it into something fundamentally new – the company just wants to make it look a little more modern. This makes sense, because for everything else, Windows comes standard with WordPad, which supports text formatting and works with DOCX files.

An updated Notepad is available to members of the Windows 11 Insiders program on the Dev Channel. Users of the test version of the OS just need to check for updates in the Microsoft Store. In the stable version of the platform, the new Notepad will probably appear a little later. 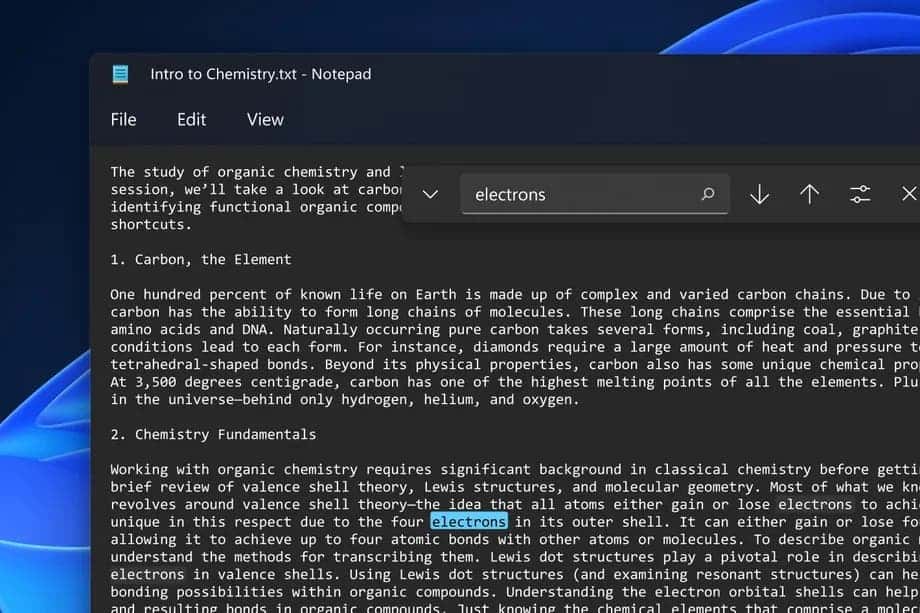 Microsoft has released Windows 11 Build 22509 to Insiders on the Dev Early Access Channel. There are not many innovations in this assembly; but there are enough changes and improvements, as well as fixes aimed at increasing the stability of the operating system.

Windows 11 users who work with multiple monitors will have noticed that the date and time are not displayed on the taskbars of additional monitors. In the new build of Windows 11, this has been fixed and you can see the date and time in the taskbar of each of the additional monitors. Some changes were also made to the work of system notifications; which are shown to the user through the “Notification Center”. In addition, some of the settings from the control panel exists now in the “Options”.

In terms of innovation, the most notable is the improvements to web browsing with Narrator. Users will be able to quickly type text in editable fields; and they will also have more data available when navigating pages using this tool. Along with this, the developers have made a lot of less noticeable improvements and fixes to make the software platform more stable and user-friendly.