Google announced its plans to make an Android 12 version meant specifically for larger displays in the month of October. Today, the first beta of Android 12L is now going to be available for supported devices.

This comes exactly on time as per the rollout plans for Android 12L. You can install the update if you own a Pixel 3a or newer, with the beta available for trial in the Android studio as well.

The Lenovo Tab P12 Pro, which is also set to get Android 12L is not getting the update just yet, so if you bought the tablet, you need to wait for a few days till the rollout of the beta is meant for the handset. The first developer preview is available to users though, so you can get a taste of it.

How Can You Enroll for Android 12L? 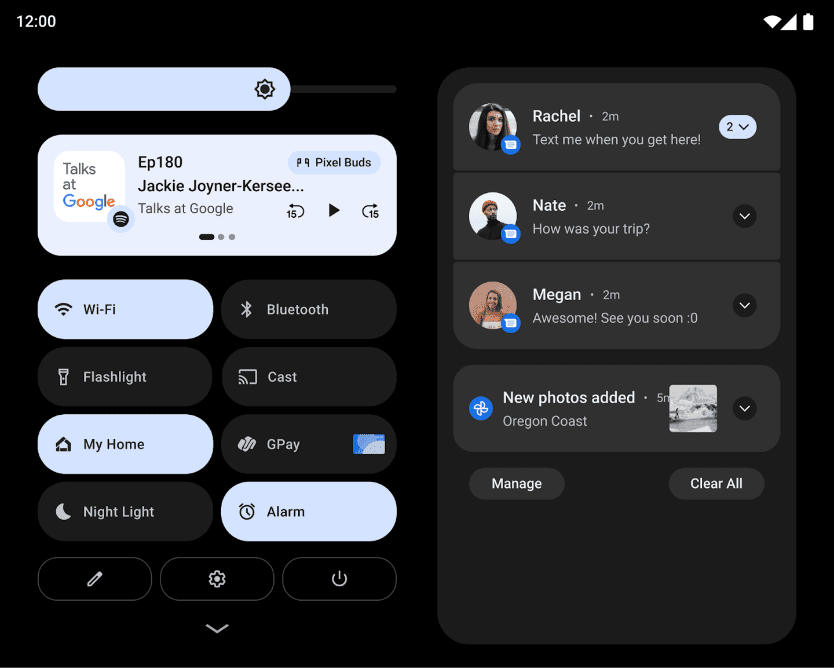 In case you are willing to try out this update and own one of the nine supported devices, you can enrol for this update via this link, after which you will get an OTA or over-the-air update in time.

For those curious, Google is also going to roll out at least two beta builds for January and February of 2022, with a stable version likely in Q2 of 2022.

The L in Android 12L stands for Large screens since the focus of this release will be to adopt the new OS from Google to devices such as tablets, foldables and ChromeOS based devices.

What Does this New Update Bring with It?

The company says that there are around a quarter-billion ChromeOS devices, tablets and foldables running Android, with 100 million new Android tablets in 2020 alone. That is a 20% YOY growth, with foldables and ChromeOS laptops also on a steady rise.

This new UI is for large screen usage, with notifications, lock screen, home screens and quick settings all getting updates or changes. There will be a new two-column layout, with system apps getting optimizations as well for this new update for tablets and foldables.

Multi-taskers will be glad to know that Android 12L will bring with it a new taskbar that will allow users to quickly switch between their liked applications, making split-screen mode easier to use as well, since all users will need to do is engage it and drag and drop any app of their choice, with all apps supporting the mode in this new version.