Yesterday, Google officially released the first Beta version of Android 12L for testing. The company expects to get feedback from testers so as to prepare for the stable release sometime next year. You can set up the Android emulator in Android Studio to try out the new big-screen features. Android 12L is also available for smartphones. Testers simply have to register to participate in the test. You can get Android 12L Beta 1 on supported Pixel devices. If you have participated in the Android 12 Beta testing, you will automatically get the 12L update. According to reports out of China, Xiaomi Mi Pad 5 was successfully flashed into the Android 12L GSI. 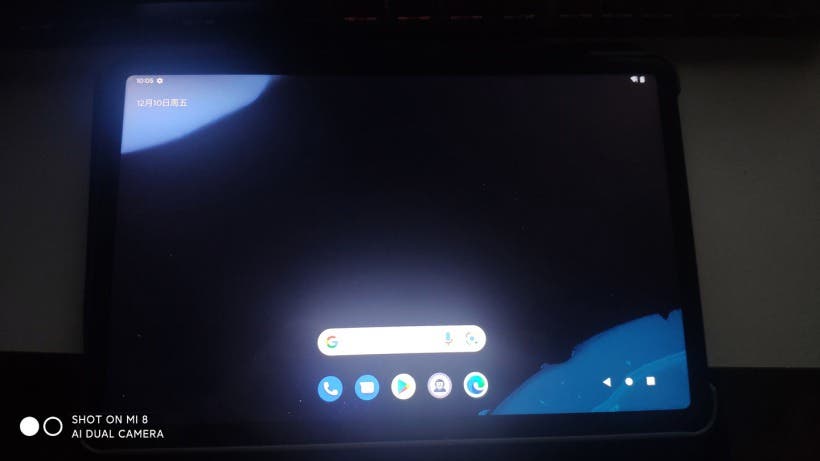 The screenshots from @铺路菜鸟 (Weibo handle) shows the Xiaomi Mi Pad 5 screen lock, hidden parameters, Android version, storage, desktop, settings, quick settings,  split-screen, and other interfaces. In Android 12L, Google focuses on improving the user interface on large-screen devices. This includes the notifications, quick settings, lock screen, overview, home screen, and so on. For example, on a screen with a width of more than 600dp, the notification bar, lock screen, and other system interfaces will adopt a new two-column layout. This is necessary so that users can make full use of the screen area.

Android 12L also provides a new taskbar on the big screen. This allows users to switch to favorite apps at any time, or drag and drop apps to split-screen mode. With Android 12L, Google optimized and polished the system interface for the large screen, making multitasking more powerful and intuitive. It also improves compatibility support so that applications have better visual effects by default. Furthermore, the Android 12L also provides developers with some new APIs, such as spatial audio, and improves drag-and-drop operations. This helps to create a better large-screen experience.

Xiaomi officially released the Mi Pad 5 series back in August this year. The Xiaomi Mi Pad 5 is the company’s first tablet after many years out of the tablet market. This tablet comes with the Snapdragon 860 processor and uses the MIUI for Pad system based on Android 11. In addition, this device also comes with an 11-inch WQHD+ LCD display with a resolution of 2560 x 1600. This display supports a refresh rate of 120Hz, and brightness hits 500 nits. It also supports HDR 10 and Dolby Vision. In order to get a good audio experience, the Xiaomi Mi Pad 5 also comes with four speakers and supports Dolby Atmos.

Read Also:  It's Official, The Google Pixel Fold Is Finally Coming Next Year
Source/VIA :
In Chinese

Previous Don't miss the Double 12 Sale at Keysfan, buy Office and get Windows for free !