Redmi brand manager, Lu Weibing announced today that the large memory version of the Mi Pad 5 Pro tablet will be out on December 28. In addition, there will be a keyboard case in a new color. 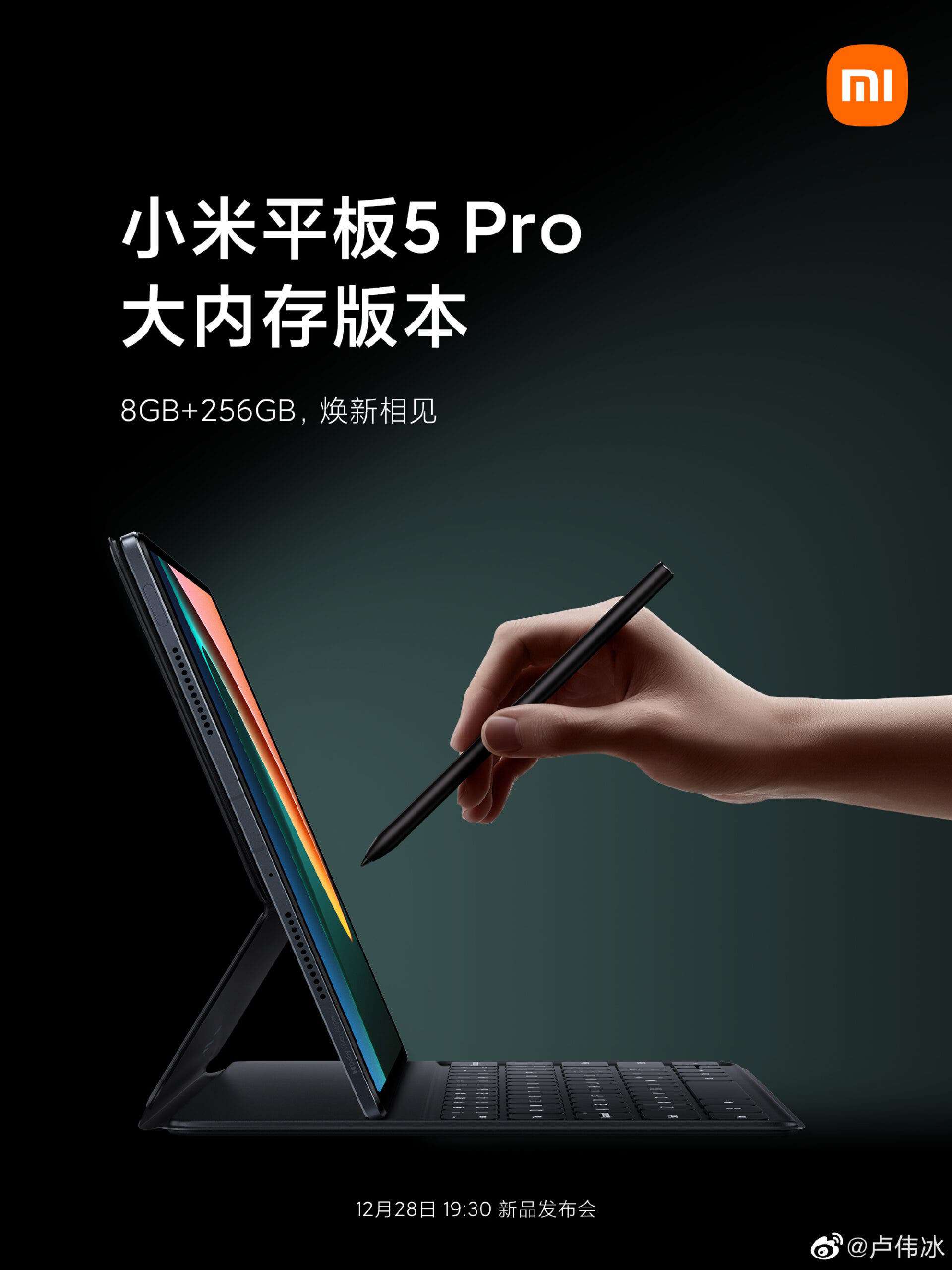 As a reminder, the Xiaomi Mi Pad 5 / Pro was officially released in August 2021. They come with the Qualcomm Snapdragon 860 and Snapdragon 870 processors, respectively. Thus, we are dealing with tablet products that provide a pseudo-premium level performance. As you know, the Snapdragon 870 inherits many features of the top-end Snapdragon 888. But it has appeared only on upper-mid-range smartphones and a few tablets. Generally talking, those brands that launched new tablets this year were focusing on the screen and powerful hardware. So the Mi Pad 5 series is no exception. Apart from the mentioned chip, it also features an 11-inch 2.5K LCD screen. 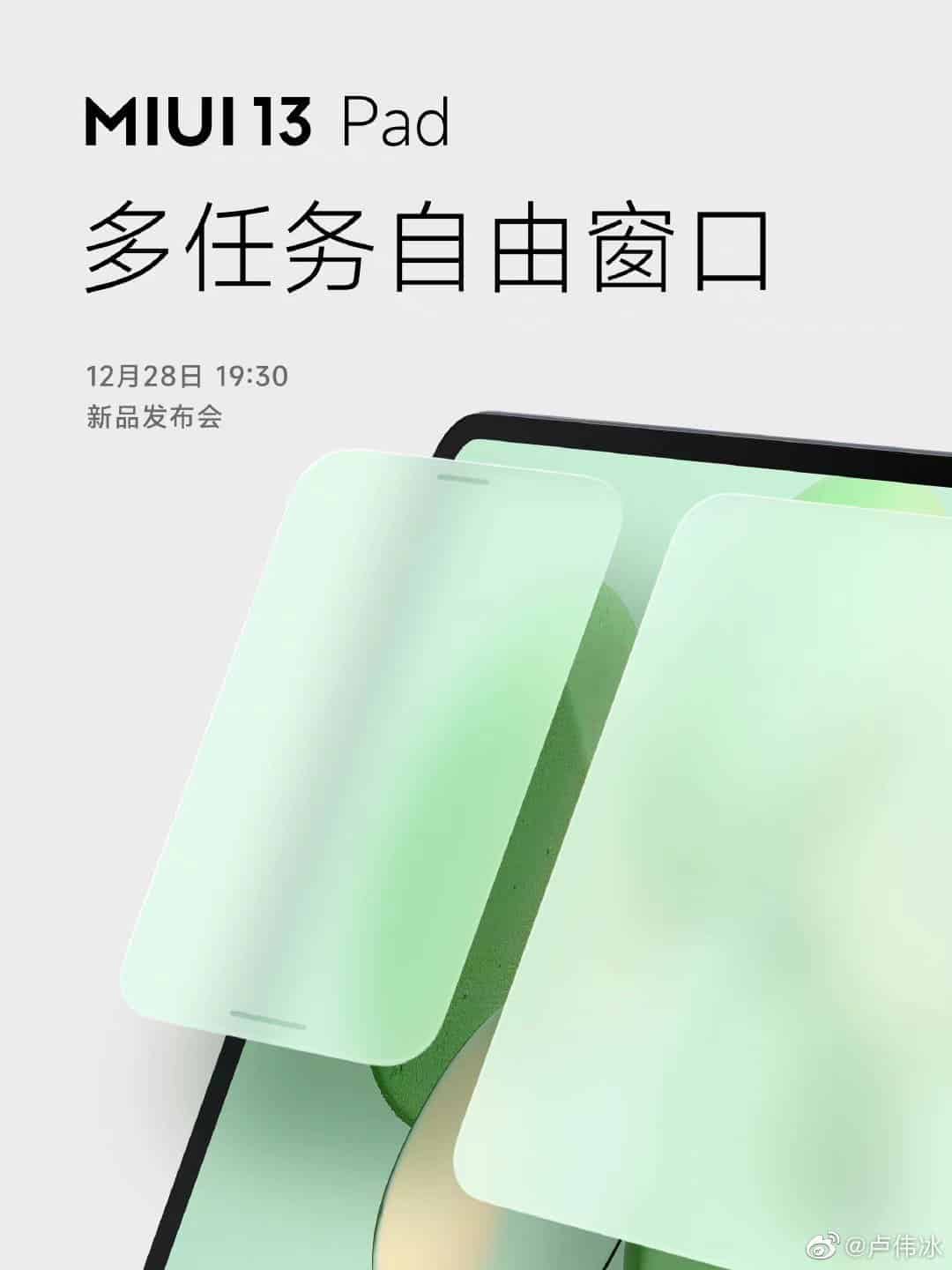 Other noteworthy features include an 8720mAh supporting a 33W charging for the vanilla version as well as an 8600mAh battery with a 67W fast charging for the Pro version. The camera sensors differ a little too. Say, if the original Xiaomi Mi Pad 5 comes with a13MP + 8MP sensors combination, the Pro model replaces the 8MP CMOS with a 5MP sensor. But here, we have to mention that the 5G variant comes with an outstanding 50MP sensor on the back. They run on MIUI 12.5.

The poster shows that our protagonist will come with an 8GB+256GB memory combination. We guess the larger memory version is going to belong to the Wi-Fi-only group. Moreover, if nothing accidental happens, its price will be lower than 3499 yuan ($549). Though the rest of the features will remain unchanged, the large memory will ensure smoother multi-task switching. 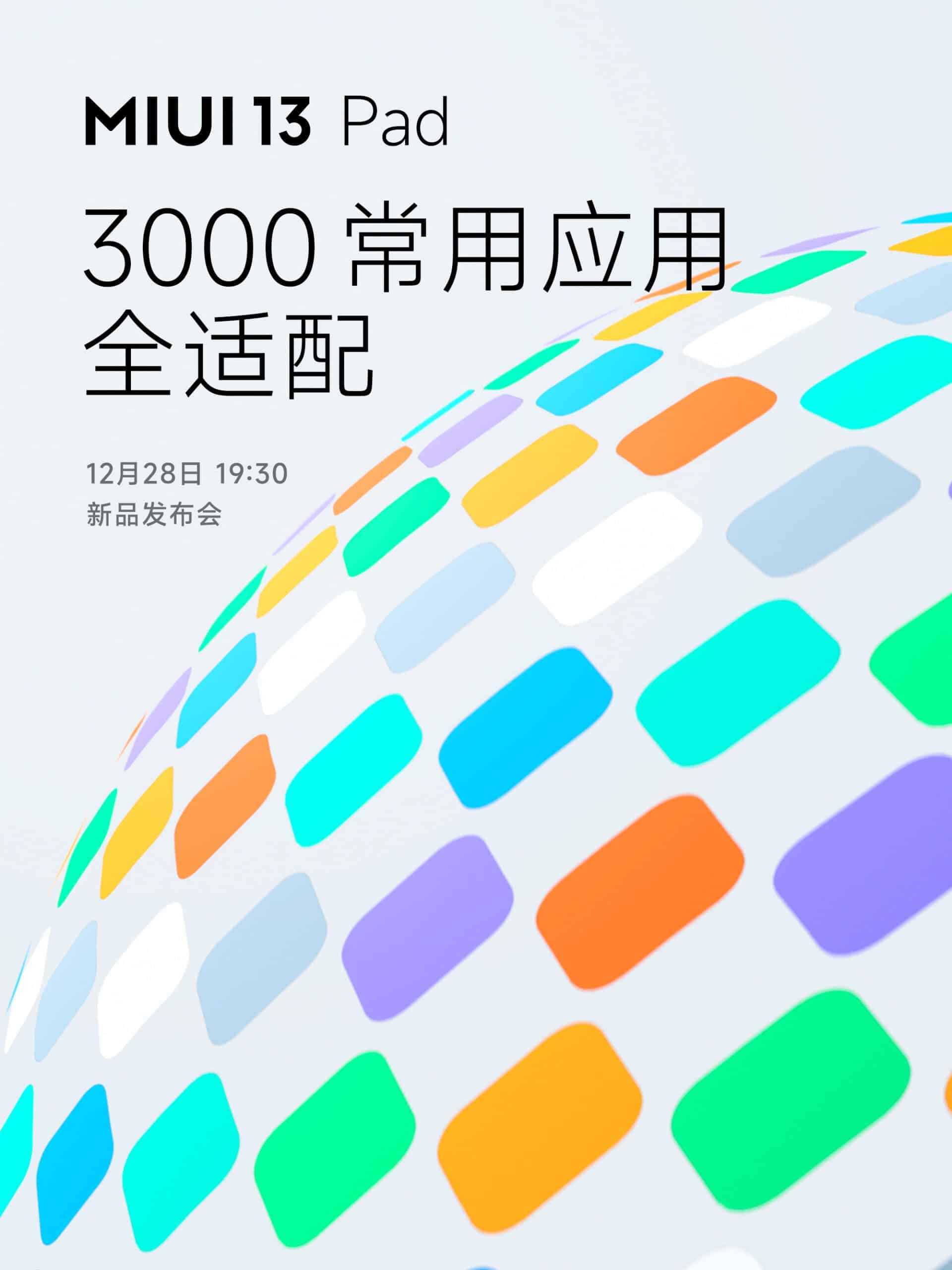 At the press conference to be held tomorrow, Xiaomi will also showcase the MIUI 13 Pad system. As the name suggests, it is basically designed for tablets. This system will have a “multi-task free window function” that can display multiple small application windows on the screen. In addition, the company said that the system has been adapted to 3000 commonly used applications.

MIUI 13 released – Official list of smartphones to get this update