Foldable smartphones are newbies in the field. But they are developing rapidly. However, due to production difficulties and other factors, not all smartphone vendors could afford to make such products. But we guess this will be fixed soon. We have already heard about a few big names in the smartphone industry that are going to launch their own models. Honor is working on the Magic V; OPPO will release the Find N; Huawei and Samsung will launch follow-up models as well. But when it comes to the clamshell design of foldable smartphones, everything becomes more complicated. There are only two smartphone makers that have launched similar products – Moto and Samsung. And this is where Xiaomi is going to bring its representative soon. At least, Xiaomi has applied for a clamshell folding screen smartphone patent. 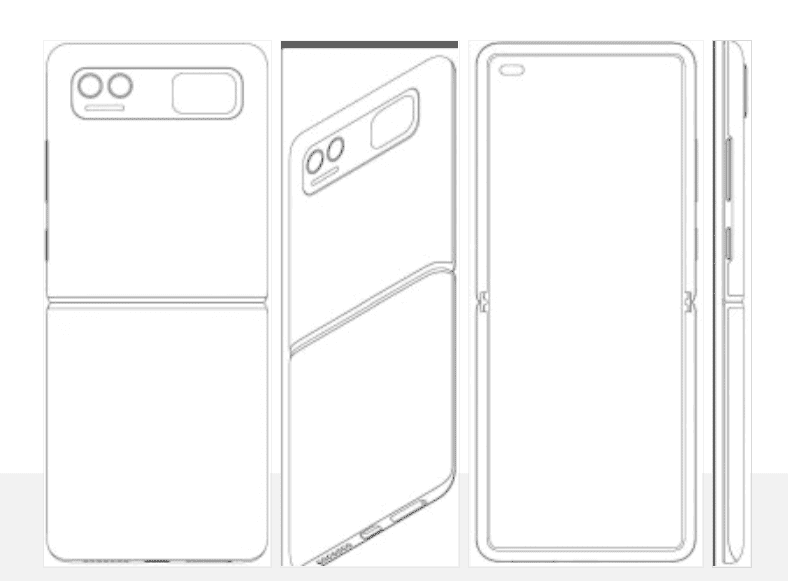 The folding screen smartphones market basically belongs to the mentioned two brands – Samsung and Huawei. Jointly they capture 99% of the market. And though Xiaomi and Moto have their own models, still they don’t have any role. For Xiaomi, this might change soon, if it launches the phone described in the patent.

The company has applied for a device patent at the China National Intellectual Property Association. The design of the mobile phone in the patent is similar to the Samsung Galaxy Z Flip 3 and the Huawei P50 Pocket mobile phone. Thus, it adopts a vertical folding design. 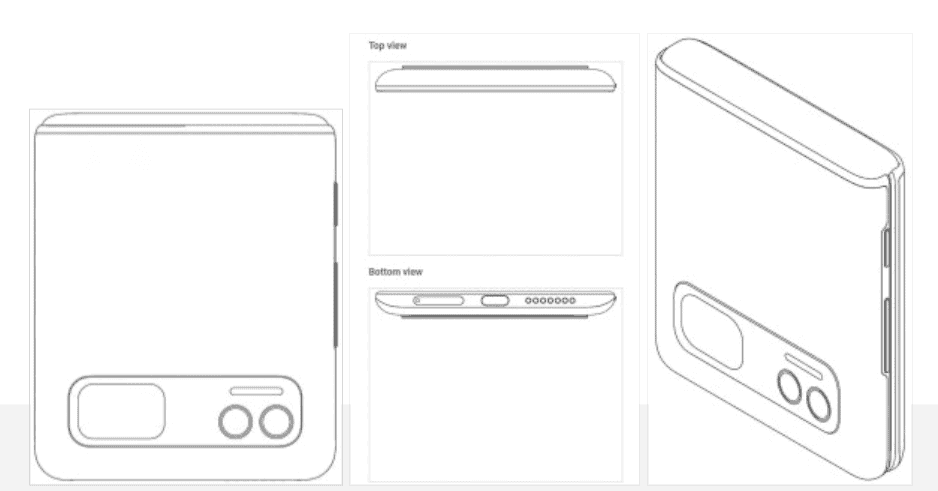 The back of the phone in Xiaomi’s patent has two cameras and a small display. There will also be a pill-shaped hole in the upper left corner of the internal screen for dual front cameras. There is a SIM card slot, a USB-C interface, and a speaker grille at the bottom. Lastly, the power button and volume rockers are on the right.

In fact, there is nothing accidental. The Samsung Galaxy Z Flip phones are very popular. So the Moto RAZR is. The latter will usher in its third generation. Moreover, Huawei has showcased how its own model will look.

As you see, many manufacturers are going to either update or launch new clamshell folding screen smartphones. In this sense, Xiaomi’s movement is quite reasonable. Motorola, Huawei, and Samsung already have products of this type, and Xiaomi also wants to get a share of the pie. However, this phone should not appear at the Xiaomi conference tonight. The protagonists of this conference are the Xiaomi Mi 12 series, MIUI 13, and Watch S1 smartwatch.