iQOO 9 series smartphones have popped up on the Geekbench benchmarking website with key specifications. The hotly-anticipated iQoo 9 series will comprise two smartphones including the iQoo 9 and iQoo 9 Pro. These smartphones are slated to launch on January 5. Ahead of their imminent launch in the company’s home country of China, the regular iQOO 9 and the iQOO Pro model have arrived on the Geekbench database.

The vanilla iQOO 9 has already appeared on the Geekbench benchmarking website carrying model number V271A. The phone’s single-core and multi-core test scores are 1233 and 3674, respectively. These scores clearly belong to a flagship. Moreover, the listing divulged some notable iQOO 9 specifications. First off, it confirmed that the new iQOO phone will pack a Qualcomm Snapdragon 8 Gen 1 chip under the hood. Also, it confirms the presence of 12 of RAM. The phone boots Android 12. Moreover, the phone is likely to set you back between INR 47,000 to INRE 49,000 in India.

As expected, the Geekbench listing sheds light on the iQOO 9 and the iQOO 9 Pro smartphones’ specifications. Both models will pack the Qualcomm Snapdragon 8 Gen 1 chipset under the hood. Aside from that, the octa-core processor will be paired with 12GB of RAM. The phone boots Android 12 OS. Moreover, the iQOO 9 features an SoC, codenamed Taro, which has a frequency of up to 3.0 GHz. Furthermore, the SoC uses a competent Adreno 730 GP to deliver superior graphics. 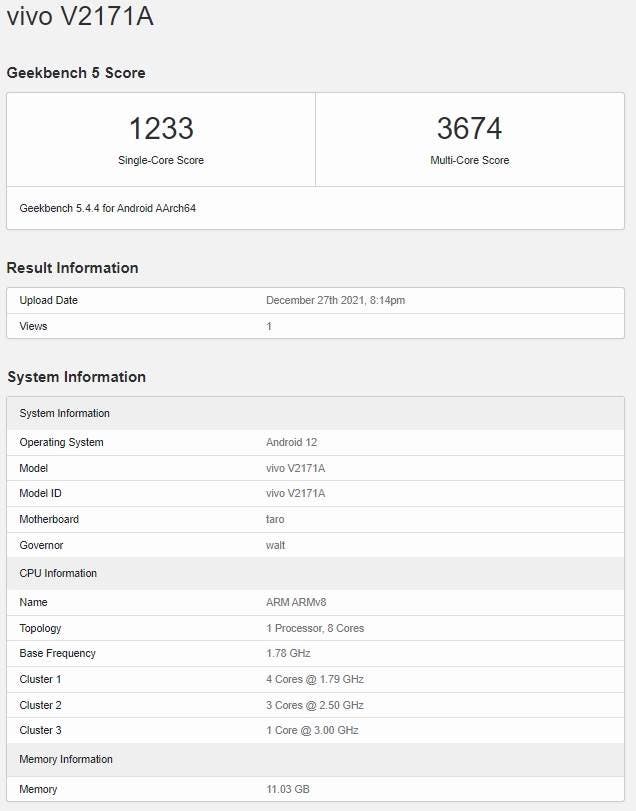 Aside from that, the iQOO 9 will reportedly pack a robust 4650mAh battery that supports 120W fast-charging. To recall, the iQOO 8 smartphones went official back in August. The phone ships with 8GB of RAM, and draws its juices from a 4350mAh battery. Under the hood, it packs a powerful Qualcomm Snapdragon 888 processor. Moreover, the phone runs Android 11 OS. The Geekbench listing suggests that the iQOO 9 will be offering major upgrades over its predecessor, the iQOO 8.

The company recently confirmed that the iQOO 9 Pro will sport a Samsung E5 AMOLED display. Aside from that, it revealed that the handset will have an ultrasonic fingerprint scanner. Now, a report by MySmartPrice claims that iQOO has shed light on the iQOO 9 series camera specifications. According to a teaser posted to the official iQOO Weibo account, the iQOO 9 series will house a Samsung GN5 sensor. 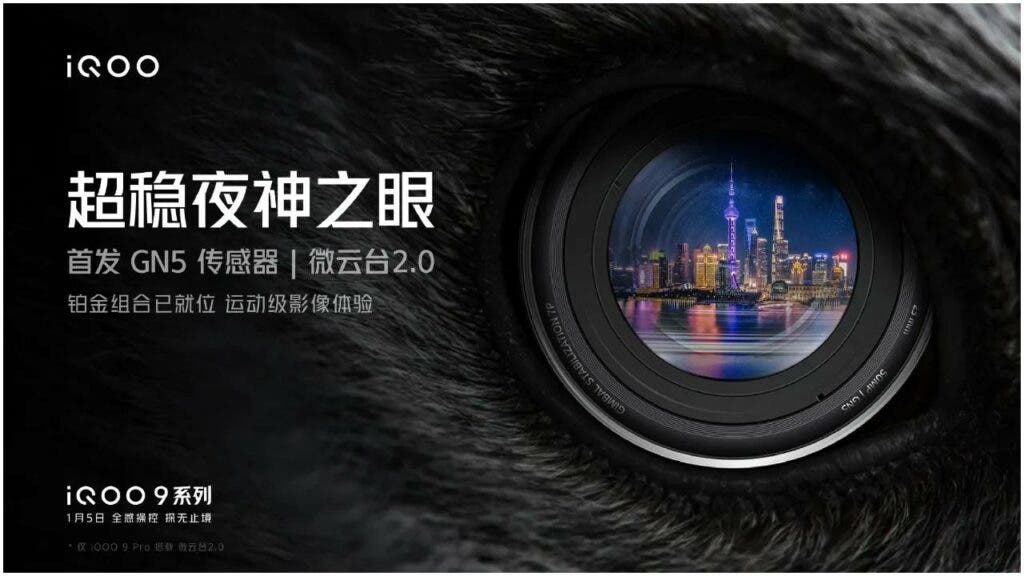 The iQOO 9 is likely to feature three rear-mounted cameras. Earlier reports suggest that the rear camera setup will include a 50MP primary shooter with gimbal-OIS, a 50MP ultra-wide sensor, and a 16MP telephoto camera at the back. According to the MySmartPrice report, the 50MP main camera will be Samsung GN5.