Vital shreds of information about the iQOO 9 Pro smartphone’s charging capabilities have surfaced online ahead of its launch. iQOO is prepping to unveil its much-awaited iQOO 9 series smartphones in China next year. The Chinese smartphone brand’s upcoming series will feature two flagship phones including the iQOO 9 and the iQOO 9 Pro. Ahead of the launch, iQOO is creating more hype by teasing key details of the upcoming flagship phones.

So far, the company has revealed that the iQOO 9 series will use a Snapdragon 8 Gen 1 SoC. Aside from that, details about the handset’s battery capacity have been making the rounds online. As if that weren’t enough, a recently surfaced teaser revealed that the phone will be housed in a metal frame. The iQOO 9 series India launch is likely to happen early next year. In the meantime, the iQOO 9 Pro smartphone’s specifications including the charging capabilities have been tipped.

Key specifications of the iQOO 9 Pro flagship smartphone have been confirmed. A new teaser poster sheds light on the phone’s battery specs.. The iQOO 9 Pro will be drawing its juices from a 4700 mAh battery. Furthermore, this robust battery will offer 120W wired fast charging support. Aside from that, the iQOO 9 Pro will offer support 50W wireless charging support. Previously confirmed details reveal that the phone will sport an LTPO AMOLED display that will have a hole-punch cutout at the top center. At least one smartphone in the series is likely to sport a Samsung E5 AMOLED display. 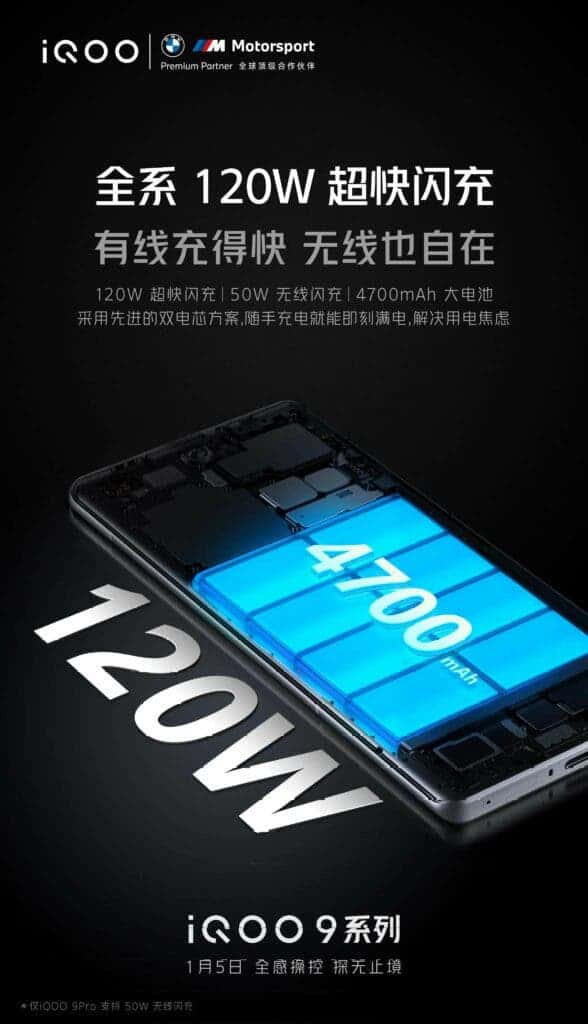 As expected, the cutout will house the phone’s front shooter. Some reports claim that the iQOO 9 Pro will feature a 32MP selfie camera. The huge rear-mounted camera setup will house three cameras. These include a 50MP main camera that supports OIS. Furthermore, the phone will pack a powerful Snapdragon 8 Gen 1 SoC under the hood. This processor will be pair with up to 12GB of RAM. Moreover, the iQOO 9 Pro will probably ship with 256GB of onboard storage capacity.

The iQOO 9 series has been listed on Vivo China’s official online store. According to the listing, the iQoo 9 series smartphones have gone up for pre-order. 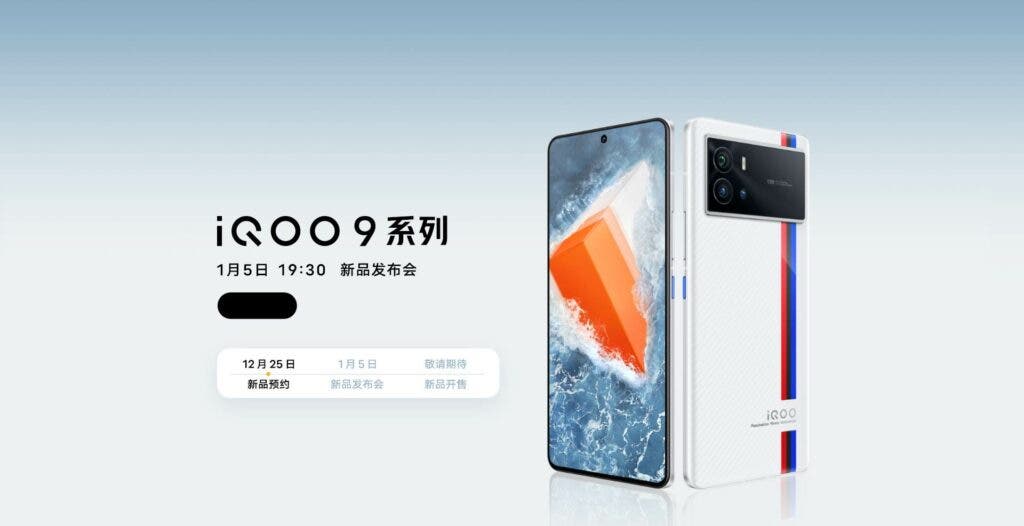 Moreover, those who book the handset will be eligible for winning prizes. The iQOO 9 series smartphones will launch on January 5 at an event that kicks off at 7:30 pm local time (5 pm IST). More information about the sale is likely to surface soon. Morever, the listing reveals that the upcoming iQOO series phones will adopt a BMW design.

Next Samsung Galaxy S10 series get Android 12 and One UI 4.0 updates