Vivo is likely to launch its new Vivo Y21T handset in the country of India on January 3, but, now, ahead of this supposed launch, the device has made its global debut as a budget offering in the Indonesian market.

The mid-ranger belonging to the company’s Y-series sports Qualcomm’s Snapdragon 680 processor and packs in a triple-rear shooter with a 50MP primary snapper. The handset also features a rather large display with a water-drop style notch and a massive 5,000mAh battery.

When it comes to variants and pricing, the Vivo Y21T is available in one configuration, with 4GB of RAM and 128GB of internal storage, which retails for 30,99,000 Indonesian Rupiah or around Rs 16,200, with rumours hinting at a 16k price tag for the device in India. The two colour options on offer are Midnight Blue and Pearl White.

Coming to the specifications, the Y21T has a 6.51-inch LCD display with a resolution of HD+ and 1600*720 pixel resolution with a waterdrop notch on top. The device boots FunTouch OS 12 on top of Android 11 out of the box.

For performance, the device relies on Qualcomm’s Snapdragon 680 processor which is built on a 6nm process. This processor is coupled with the Adreno 610 GPU, with up to 4GB of LPDDR4X RAM and UFS 2.1 storage, with an option to add 2GB of virtual RAM. 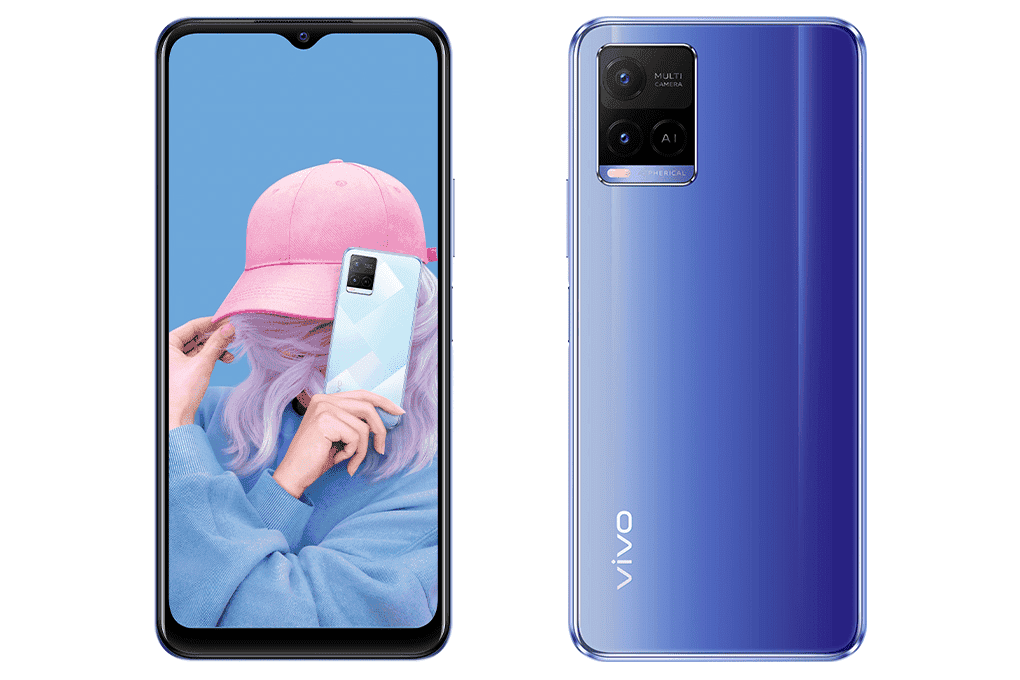 Optics-wise, there is a triple-rear camera stack to the rear with a primary 50MP shooter that is coupled with a 2MP macro and 2MP bokeh sensor. For selfies, the device makes use of an 8MP shooter. The cameras feature multiple AI modes like Night Mode, Portrait mode and Pro mode.

The Vivo Y21T draws power from a  5,000mAh battery with support for 18W fast-charging. There is also a side-mounted fingerprint scanner, USB Type-C charging, a 3.5mm audio jack, as well as a dedicated micro-SD card slot. Connectivity-wise there is support for dual-sim, 4G, Dual-band WiFi, Bluetooth 5.0, and GPS.

In other news, Vivo is gearing up to introduce its Vivo V23 series on January 5th in India. The new smartphone series focus on style and cameras is coming to fill the gap left in the market after months since the last launch of the series.

The Vivo V23 and V23 Pro will join the already-released Vivo V23e which curiously, was the device that started the lineup. A couple of days ago, the device had its specifications leaked in the wild.

Vivo Y21T with Snapdragon 680 to launch on January 3