The Samsung Galaxy M33 5G, Galaxy A33 5G, and Galaxy A53 5G smartphones have been listed on BIS, hinting at their imminent launch in India. The South Korean tech company will be unveiling its much-awaited Galaxy S22 series smartphones later this year. The word on the street is that Samsung will launch the smartphones on February 8. However, the company is still mum on its plan to announce the flagship smartphones next month.

Aside from that, Samsung is reportedly prepping to take the wraps off a few M-series and A-series smartphones. Now, three new smartphones dubbed the Galaxy M33 5G, Galaxy A33 5G, and the Galaxy A53 5G have passed through the BIS (Bureau of Indian Standards) website. The certification is a sign that the launch of the aforesaid mid-range phones is right around the corner. To recall, the Galaxy M33 5G was spotted on Geekbench in December last year. Likewise, the Galaxy A33 and the Galaxy A53 5G-ready phones have been floating around the rumor mill for quite some time now. 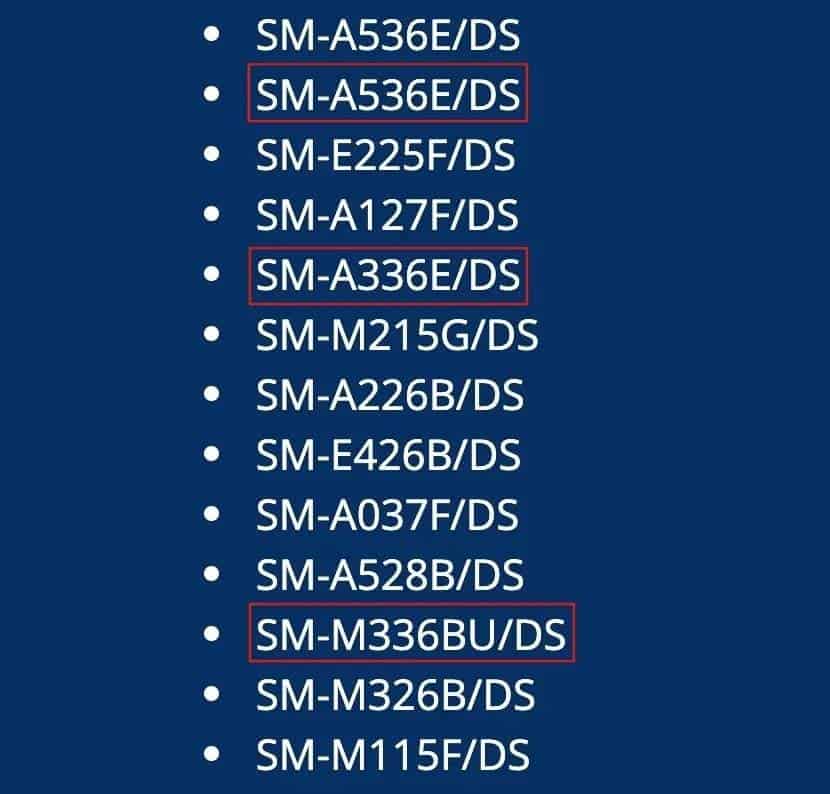 According to a report by GSM Arena, the listed devices are dual-SIM versions of the Galaxy M33 5G, A33 5G, A53 5G smartphones. Regrettably, the BIS listing does not divulge key specifications of the handsets. Nevertheless, it hints at their imminent launch in multiple regions including India.

In the photography department, the phone seems to house four rear-mounted cameras. The camera setup could comprise a 64MP primary camera, along with an 8MP / 12MP ultrawide camera. The front panel houses a flat display that has a hole-punch cutout at the top center for the 32MP selfie camera. On the downside, Samsung seems to have ditched the 3.5mm headphone jack. Despite the lack of an official confirmation, the Galaxy A33 5G will go official in February 2022. Furthermore, past leaks suggest that the phone will retail for INR 25,000 in India.

For optics, the phone has four cameras at the back. Also, it will reportedly be available in Light Orange, Blue, White, and Black color options. Upfront, the phone sports a 6.4-inch AMOLED display that delivers a Full HD+ resolution. More vital pieces of information about the handset are likely to surface online in the coming days.

Samsung Galaxy A33 5G battery size has been revealed