Samsung is gearing up to introduce the Samsung Galaxy M53 in Vietnam. The new release comes a few weeks after the launch of multiple Galaxy A-series smartphones. After two of the main Galaxy A-series smartphones were released, the company is moving to unleash the Galaxy M53. This device will be a leading figure in the Galaxy M-series and will join the already released Galaxy M23 and Galaxy M33. Worth noting, that the phone was expected to launch in Vietnam on March 27. However, the device didn’t appear. Now, our expectations are on a possible April launch. Meanwhile, a leaked image has emerged confirming the phone’s key design elements. The device has passed through Bluetooth SIG suggesting an imminent release.

The leaked image gives us a crispy look at the upcoming design. Interestingly, it’s different from the Galaxy A53 5G, so there will be no room for comparisons. The design language is matching the recently-released Galaxy M33 which features a squarish quad-camera bump in the corner and an LED Flash below. That camera bump is said to bring a 108 MP snapper in the main module. It will be Samsung’s first Galaxy M-series smartphone with a 108 MP camera. Worth noting that this is a highlight of the Galaxy A73 5G which is way more expensive than what the Galaxy M53 5G will be. In addition to the main camera, the Galaxy M53 5G will bring an 8 MP ultrawide camera and two 2 MP snappers for macro and depth. There will be a punch-hole cutout at the center of the display for the 32 MP snapper. 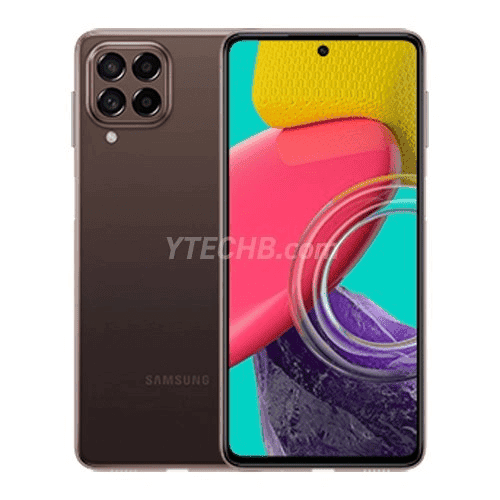 The Galaxy M53 5G is rumored to come with a 6.7-inch display which is large for current standards. We assume it will be an AMOLED display with Full HD+ resolution and a refresh rate of 120 Hz. This is just another similarity with the Galaxy A73. Moving on, the device has passed through Geekbench running with the MediaTek Dimensit 900 SoC. Worth noting that this chipset is on par with the Exynos 1280. It’s present on the Galaxy A53 and A73 smartphones. However, it brings a 6 nm manufacturing from TSMC instead of Samsung’s 5 nm.

The device will certainly run Android 12-based One UI 4.1 straight out of the box. While other brands are still shipping phones with Android 11, Samsung is moving ahead with the latest Android version. The Galaxy M53 5G draws its powers from a massive 5,000 mAh battery with 25 W fast-charging support. In fact, this may be the most recurring charging speed among Galaxy smartphones. Samsung’s fastest charging reaches 45 W and is available only for the S22 Plus and S22 Ultra.

For now, there is no confirmation from the company. But we expect the device to hit the market very soon.