Previously, Samsung and Xiaomi were fighting to become the first launchers of the Snapdragon 8 flagship chips. Now, everything changed. For this role, you wouldn’t find better actors than iQOO and Motorola. As for the latter, it pioneered the Snapdragon 8 Gen 1 SoC by launching the much-talked Motorola Edge X30 top-notch smartphone in early December last year. When looking at its specs list and holding it in hand, everything seems to be satisfactory. But in fact, this handset is not what it tries to be. Below, we’ll try to look at this phone from various angles and deepen in many aspects of its performance in order to understand why the Motorola Edge X30 will never succeed.

Our protagonist sports a 6.7-inch OLED display, which boasts a Full HD+ resolution and a 144Hz refresh rate. Note, we are not talking about the Special Edition that comes with an under-screen camera. Instead, the vanilla version adopts a punch-hole screen design. The notch houses a 60MP camera for selfies.

On the opposite side, the Motorola Edge X30 carries a 50MP camera. The Omnivision OV50A 1/1.55″ sensor supports optical image stabilization. It has 2.0um sized pixels when 4 in 1 pixel binning is applied. There’s another 50MP ISOCELL S5KGM1 ultrawide shooter. Plus, the third camera has a 2MP resolution and as you guess, it is a depth of field module. Thanks to such a system, you can record 8K resolution. 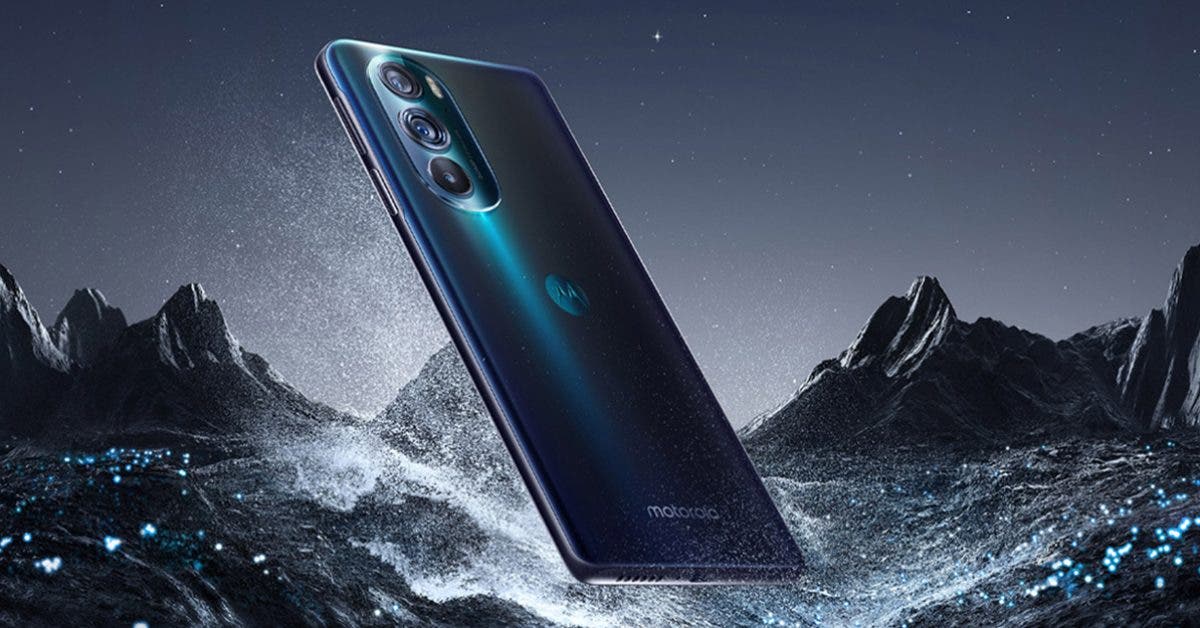 Where Does Motorola Fail?

The phone runs Android 12 on top of MYUI 3.0. This is the Chinese alternative to the company’s My UX skin. There are a few interesting features such as the gesture shortcuts ReadyFor desktop-like experience. But let’s call a spade a spade – Motorola has completely copied Pixel’s UI. 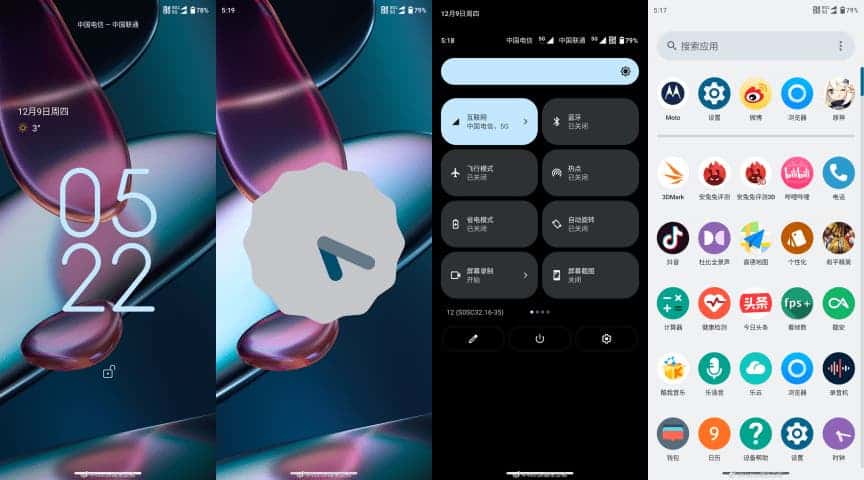 When looking at the screenshots below, we can see that Motorola didn’t touch many elements and left them as they are on the pure Android 12 system. The lock screen, the clock widget, settings menu, large buttons in two columns, and pre-installed applications are the same.

MyUI is not MIUI. We mean it doesn’t have a large user base. So the company still needs time before it can create a system with deep customization. Unfortunately, there are many customers who pay attention to the price-over-hardware ratio. But only after purchasing a new smartphone they understand whether the system is smooth and easy to use or not.

Agree that we take smartphones with us everywhere. So for a flagship phone, the waterproof design is a must. Unfortunately, the Motorola Edge X30 has no water-resistant rating. Well, there is an IP52 certificate. But this is not what we have been expecting from this phone.

Generally talking, IP52 means protection from water spray less than 15 degrees from vertical. But when GetDroidTips tested the phone, the display and camera were still working but the I/O ports weren’t. So we should write down that the Motorola Edge X30 is splashproof but not waterproof.

When compared with other Snapdragon 8 phones, this handset doesn’t look safe. For instance, the OnePlus 10 Pro and the Xiaomi Mi 12 Pro support IP68 dust/water resistance (up to 1.5m for 30 mins). On the other hand, two other phones with this chip on board iQOO 9 and Realme GT 2 Pro are not waterproof as well.

To make phones more portable, the manufacturers are doing their best to power their phones with larger batteries. But still, the battery capacity is directly related to its dimensions. That’s why smartphone makers are trying to solve the problem by developing fast-charging technologies. 200W charging handsets will appear on the market. But this indicator refers to wired charging. As for wireless charging, one of the fastest wirelessly charging smartphones is the Xiaomi MIX 4, which supports 100W charging with no wires. There are even phones priced under $200 that support this feature. Unfortunately, the Motorola Edge X30 doesn’t support wireless charging. And do you still call it a dealbreaker?

Well, this is a matter of taste. But if you are a true music lover then you wouldn’t accept any kind of Bluetooth headset. It not only makes some quality loss but also requires frequent charging. Of course, you can always use the USB Type-C interface. But this means you have to acquire a 3.5mm adapter and always choose between charging and using headphones. Shortly, after reading tons of comments, we understood that the lack of a headphone jack made many users stay out of this phone.

The maximum storage option of the phone is 256GB. What’s worse, there is no option for expanding the memory. There are many users who say that they keep their files on clouds and watch videos or listen to music online so they don’t need much space. But the thing is that we use tons of various apps and play games on our phones. All these require a lot of space. But it turns out Motorola makes us choose which app to keep and which one to remove.

Yes, we are dealing with the world’s first smartphone that comes with the most powerful chip in the Android camp. But this also means that Motorola hasn’t managed to optimize many things on this processor. We have already heard many complaints concerning the overheating of the Snapdragon 8 Gen 1. And the Motorola Edge X30 couldn’t avoid this. According to various reports, when playing games, the phone’s temperature reaches 60 °C. 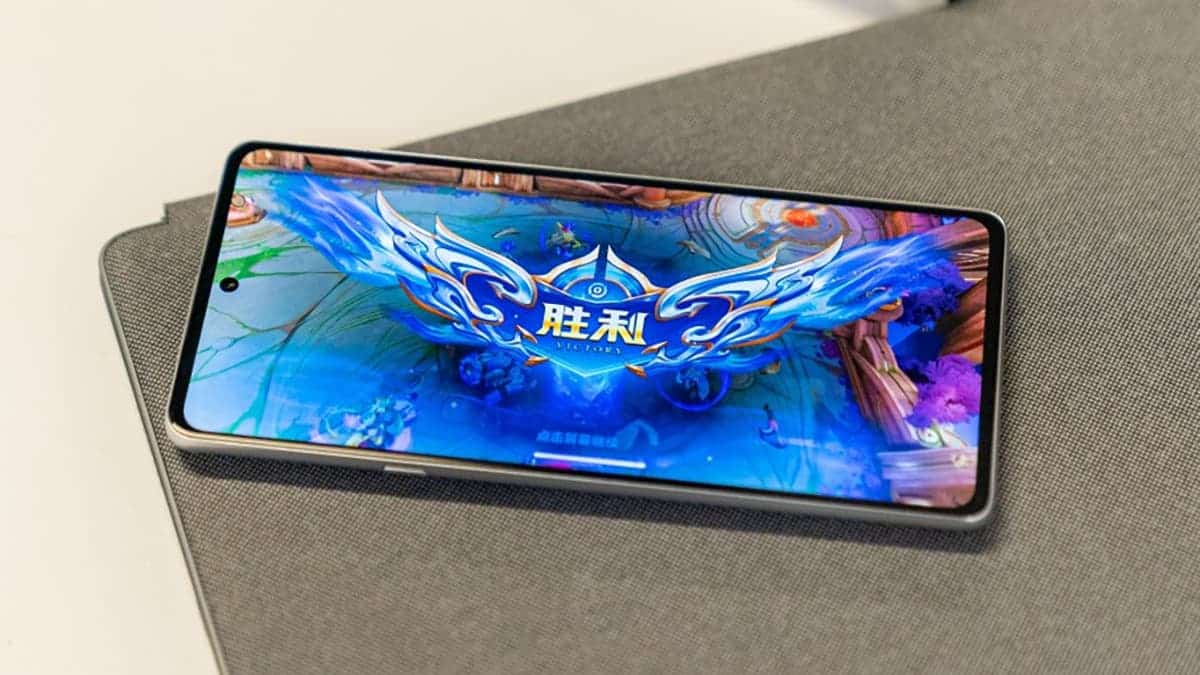 We already know that the Samsung Galaxy S22 line models will come with the latest Corning Gorilla Glass Victus+ protection. This is a very important feature for any smartphone. And when talking about a flagship handset, it’s a must. But the Motorola Edge X30 has no glass protection. This means if you want to avoid scratches on the phone’s front panel, you have to attach a film; if you want to protect the back, you have to use a protective shell.

These are only some of the shortcomings of the Motorola Edge X30. And we are not talking about the 2MP depth of field camera put on the back. It’s useless and senseless. So what we can say about this handset – it’s a mid-range smartphone with a couple of highlights such as the Snapdragon 8 Gen 1 or the 60MP selfie shooter. But it can’t be considered as a top-end model that is going to make tough competition to the genuine flagships.

Next MediaTek defines its three principles of 6G system