Apple has been under scrutiny by regulators over the past few years for its control of the App Store. Since the iPhone can only install applications through the App Store, it is considered a monopoly by the outside world. Apple warned in a letter to lawmakers this week that an antitrust bill under consideration in the Senate would increase the risk of iPhone users facing security breaches. This is because it could force the company to allow apps to be downloaded outside the App Store program.

Apple’s senior director of government affairs, Timothy Powderly, said in the letter that the bills put consumers at risk because of the real risks of privacy and security breaches. If Apple was forced to enable sideloading as required by the bill, the phones of millions of Americans could be exposed to malware attacks that would have been prevented.

In Apple’s view, its control of the App Store is critical to providing a safe and private experience for its customers. Without this control, users may install malware that affects their daily use and even causes property damage.

According to reports, some U.S. senators have previously submitted two proposals. We have the American Innovation and Choice Online Act and the Open App Market Act. The former requires mainstream application platforms not to favor their products and restrict competitors. The latter rules on the store, for example, would prevent companies with mainstream app stores, such as Apple and Google, from restricting the distribution of apps based on whether developers use the platform’s in-app payment system.

Once these antitrust bills are finally passed, they will have a considerable impact on large technology companies such as Apple and Google. 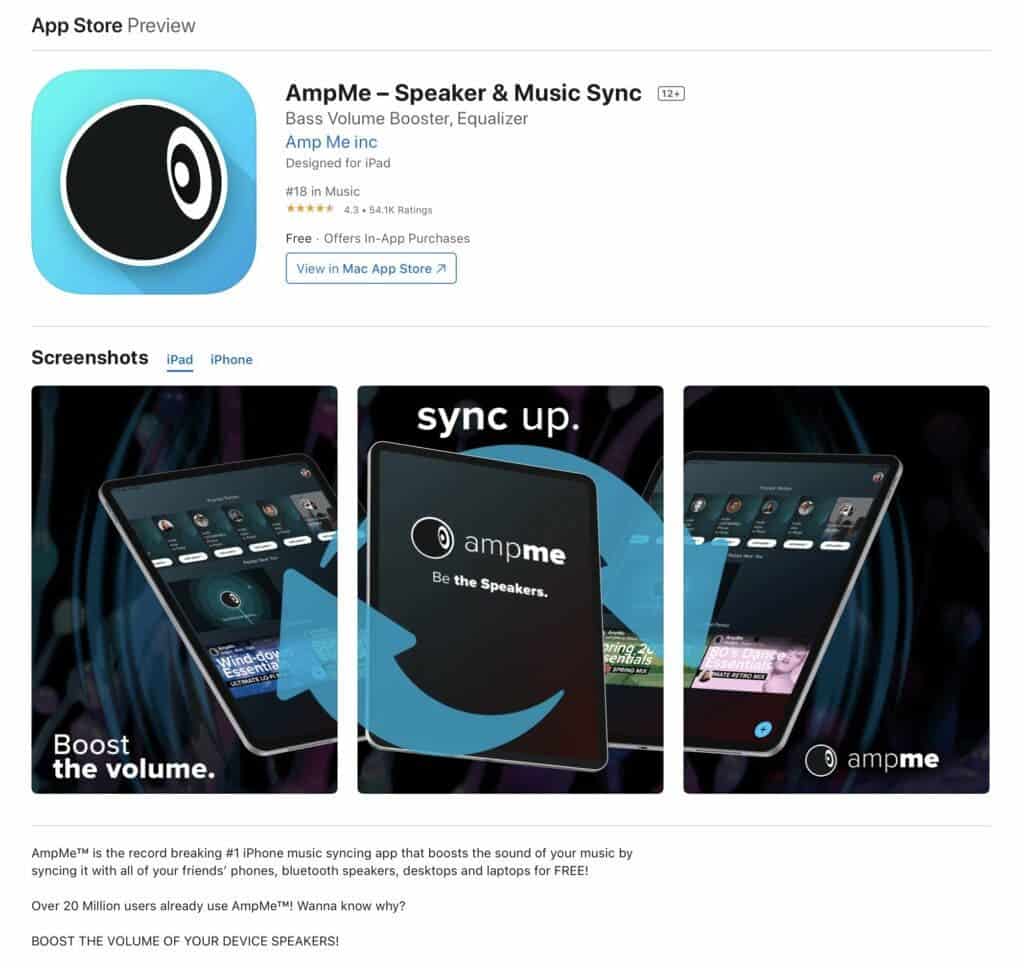 A developer, Kosta Elftheriou, recently exposed one popular but malicious app on the App Store. This app has all the characteristics of a scam app but it has been in the App Store for years.

According to Elftheriou, the app “AmpME – Speaker & Music Sync” claims that it can increase the volume of music you play by “syncing it with all of your friends’ phones, Bluetooth speakers, desktops, and laptops for FREE”.  As of the time of this report, the application has about 100,000 downloads. Furthermore, it has over 50,000 reviews and its rating is 4.3-star. Here are the scam characteristics of this app

1. The app comes with an auto-renew $10/week subscription, this will translate to a massive $520 a year. The main scam pointer is that it is very “easy to sign up for but hard to cancel.”

2. The app review trend is another major scam pointer for AmpME. Firstly, there are huge spikes in the positive reviews. Scarcely, we find negative reviews. However, the thousands of positive reviews are from people whose names are not pronounceable.

After the call out of this app by Elftheriou, Apple eventually removed the app from the App Store

Previous Free-To-Play Yu-Gi-Oh! from Konami is now available on Xbox