The upcoming Xiaomi 12 global variant has passed through Geekbench benchmarking website, revealing the handset’s specifications. Last month, Xiaomi unveiled the 12-series featuring the Xiaomi 12, the Xiaomi 12x, and the Xiaomi 12 Pro in China. They are the first smartphones to pack Qualcomm’s new Snapdragon 8 Gen 1 chipset under the hood. The Chinese tech behemoth did not divulge details about the series’ global availability at the time of launch.

However, a new development hints at an imminent arrival of the Xiaomi 12 global variant. Before going official, the Xiaomi 12 global variant has made its appearance on Geekbench, carrying model number 2201123G. The word on the street is that the Xiaomi 12 series will launch in the global market in late February. Furthermore, the Xiaomi 12 series India launch will reportedly take place either in late March or early April. The Xiaomi 2201123G appears on the Geekbench listing with 8GB RAM and the Snapdragon 8 Gen 1 chipset. In other words, this Xiaomi 2201123G will be similar to the Chinese models. 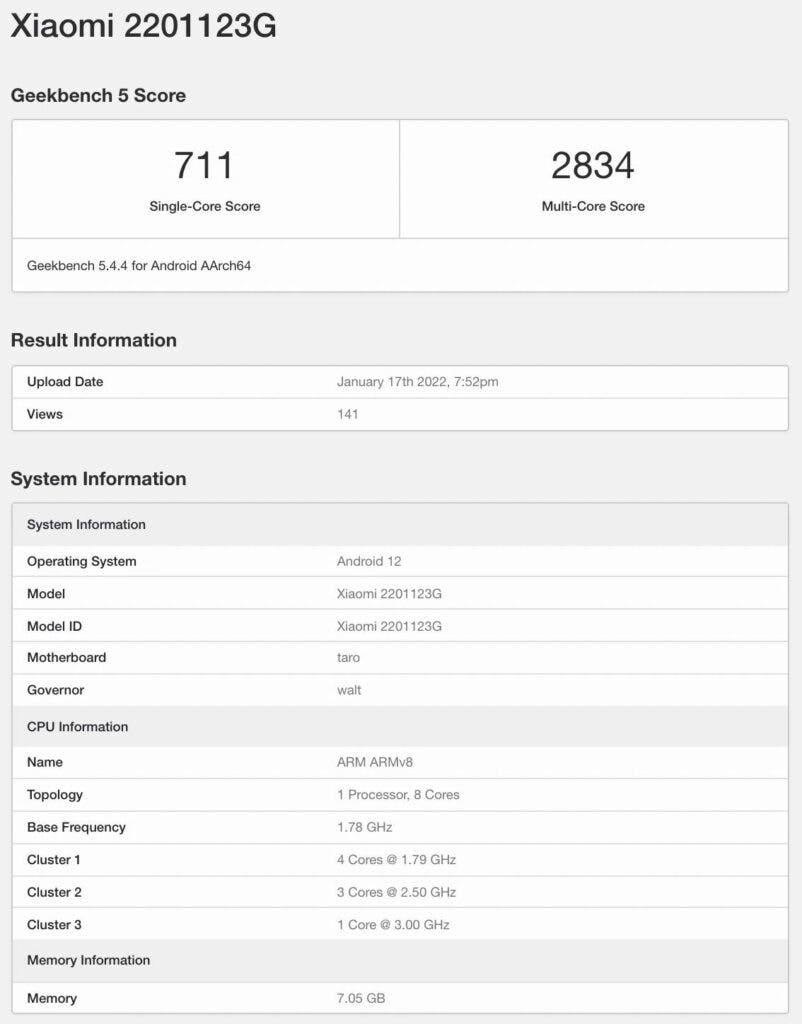 Moreover, the device runs Android 12 OS, and it could have a layer of MIUI on top, just like the Chinese variants. In China, the Xiaomi 12 is available in a 12GB RAM configuration. However, it is still unclear whether this variant will be available in the global market as well. Xiaomi could shed more light on the global availability of the 12GB RAM variant in the next few weeks. Furthermore, the Xiaomi 12 global variant scored 711 and 2834 in the single-core and multi-core tests on Geekbench 5.4.4.

The vanilla Xiaomi 12 will sport a 6.28-inch AMOLED display with an FHD+ resolution and 120Hz refresh rate. Aside from that, the screen has a layer of Gorilla Glass Victus on top for additional protection. For optics, the handset houses three rear-mounted cameras including a 50MP main camera, a 13MP ultrawide lens, and a 5MP macro sensor. Upfront, the phone has a 32MP shooter that can capture selfies and facilitate video calling. 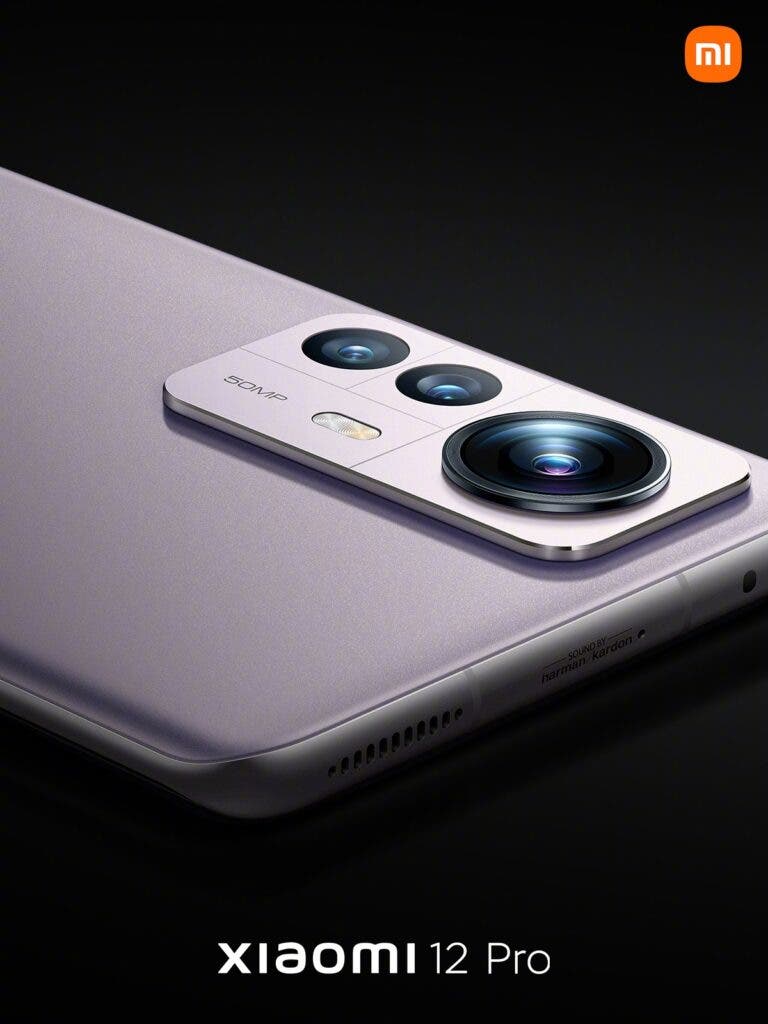 In addition to that, a robust 4,500mAh battery with 67W fast charging support will be powering up the entire system. The larger Xiaomi 12 Pro, on the other hand, will feature a 6.7-inch display with QHD+ resolution. For optics, it will reportedly feature a 50MP triple camera setup at the back. Moreover, the phone will support 120W fast charging. Aside from that, past leaks suggest that the 12-series will also feature an Ultra variant.

The highest-end model will have four cameras at the back, featuring a large main sensor, along with a high optical zoom lens. According to the leaked Xiaomi 12 Ultra rear design, the phone could draw inspiration from Vivo’s upcoming flagship for its outward appearance.

Xiaomi 12 Pro Could Arrive In India In April 2022, Here Are Its Specs

When the Xiaomi 12 will hit the global market?