The upcoming Vivo Y33s 5G smartphone’s full specifications, pricing, and official-looking images have surfaced online before launch. Last month, a Vivo smartphone carrying model number V2166A bagged the important 3C certification in China. Furthermore, a noted leaker predicted at the time that the device will go official in the country as the Vivo Y33s 5G. Also, this handset will reportedly bear no resemblance to the Y33s 4G LTE phone that comes with an Helio G80 chipset.

Despite the lack of an official confirmation, the Vivo Y33s 5G smartphone has been spotted in the product library of China Telecom, courtesy of TYDevice. To recall, the Y33s have been floating around the rumor mill for quite some time now. Last year, the Vivo Y32 had popped up on the TENAA listing, sporting a design similar to the Vivo Y33s. Aside from that, the Vivo Y33s 5G has been passing through notable certification websites. Back in December, noted tipster WHYLAB shared a screenshot of the 5G-ready handset’s 3C certification listing on Weibo.

First off, the polycarbonate chassis of the Y33s 5G measures 164 x 75.84 x 8.25mm, and it weighs in at 185 grams. The phone sports a 6.51-inch LCD display that offers HD+ (720 x 1600 pixels) resolution, and a 20:9 aspect ratio. Aside from that, the screen adopts a teardrop notch design. Under the hood, the phone packs a powerful MediaTek Dimensity 700 chipset. This listing includes this processor with the model number MT6833. Furthermore, the phone will reportedly ship with 8GB/6GB/4GB of RAM. 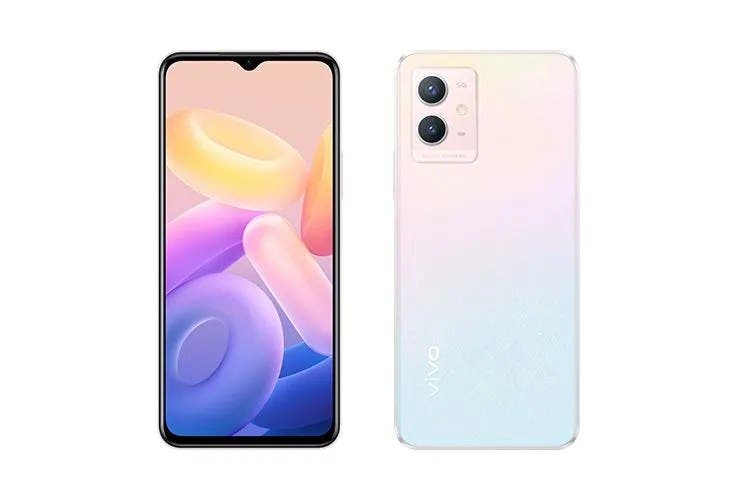 All three memory variants could offer 128GB of onboard storage capacity. For optics, the Vivo Y33s 5G houses a dual rear camera setup featuring a 13MP and a 2MP camera. Upfront, the phone will probably feature an 8MP shooter for selfies and video calling. Also, the phone packs a robust 5,000mAh battery that is likely to offer 18W charging support. The right edge of the handset houses the power button which doubles as the fingerprint scanner.

Vivo Y33s 5G specs and design have been revealed