Some sources report that the Chinese company Vivo is preparing to release another mid-range smartphone – the Y7x model, built on the MediaTek hardware platform.

We are talking about the use of the Helio G96 processor with eight cores, clocked at up to 2.05 GHz. The chip includes a graphics accelerator Mali-G57 MC2 GPU.

According to available information, the smartphone will receive a 6.44-inch display, the refresh rate of which will be up to 120 Hz. The side fingerprint scanner is mentioned.

The amount of RAM will be up to 8 GB, the capacity of the flash drive is up to 256 GB. Support for fifth generation mobile networks (5G) is not provided. The smartphone will ship with the FunTouchOS operating system based on Android 11.

So far, unfortunately, there is no information about the configuration of the cameras. The official presentation of the Vivo Y7x model is expected at the end of this month or early March. The price will be around $240.

IDC ranked Vivo as the fifth-largest global smartphone vendor in 2021. Its market share was approximately 9.5%, and shipments in piece terms reached 128.3 million units. 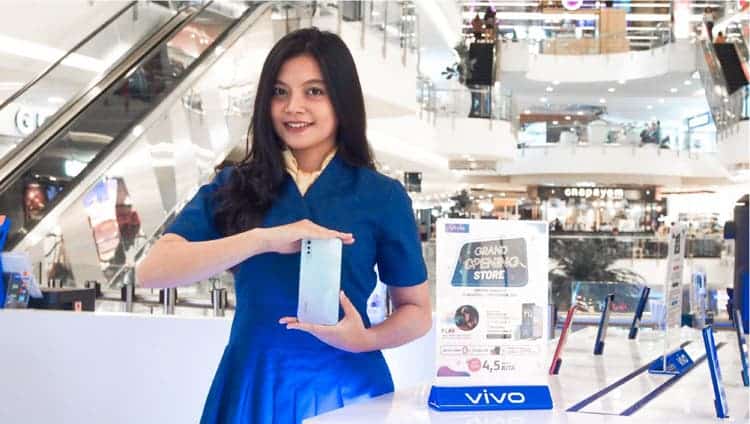 Vivo shared the results of 2021

The Chinese company Vivo summed up the results of 2021. The company claims that last year was a milestone for it; with the introduction of new smartphone models and advanced imaging solutions. Vivo has entered six new markets and is consistently in the top three in its key regions. In addition, throughout the year the company sponsored a number of international sporting events.

In 2021, Vivo has opened up markets such as Peru, Czech Republic, Romania, Austria, Serbia and Mexico and plans to continue the expansion trend this year. According to analyst firm Gartner, Vivo maintained its growth momentum throughout 2021; placing it in fourth place in the global smartphone market in the third quarter. The company remains in the top three in its key markets, including the Philippines, Malaysia and India.

As part of the strategy to localize the release of branded devices; the company has established seven production bases in China, South and Southeast Asia and other regions. Thanks to this, Vivo produces about 200 million smartphones a year. In addition, there are currently more than 380,000 authorized Vivo warranty service centers and retail outlets around the world.

In 2021, Vivo entered into a long-term cooperation agreement with ZEISS, a leading company in the field of optoelectronics, and introduced advanced image capture technologies to its flagship smartphones. The first device Vivo worked with ZEISS on was the flagship X60, which debuted in early 2021.