The OnePlus Unified OS is currently in development and will reportedly debut alongside flagship smartphones later this year. Back in June 2021, the Chinese consumer electronics giant intensified its collaboration with Oppo by confirming that it will develop a unified operating system. Furthermore, OnePlus ousted HydrogenOS, replacing the operating system with ColorOS in its home country. However, details about the OnePlus Unified OS availability for the global market are still scarce.

Now, while OnePlus is still mum on when it plans to roll out the new OS, MySmartPrice has acquired information about the OnePlus Unified OS launch. Leaker Yogesh Brar has confirmed to the publication that the OnePlus Unified OS will go official in H2 2022. Furthermore, the operating system is currently in the early development phase. It will reportedly launch along with the OnePlus flagship handset. While it may seem that the OS will debut with the OnePlus 10 Pro, that’s highly unlikely, given that the phone has already launched in China with ColorOS 12.1.

To recall, OnePlus has assured in one of its blog posts that the new Unified OS will be made available for its older flagships as well. 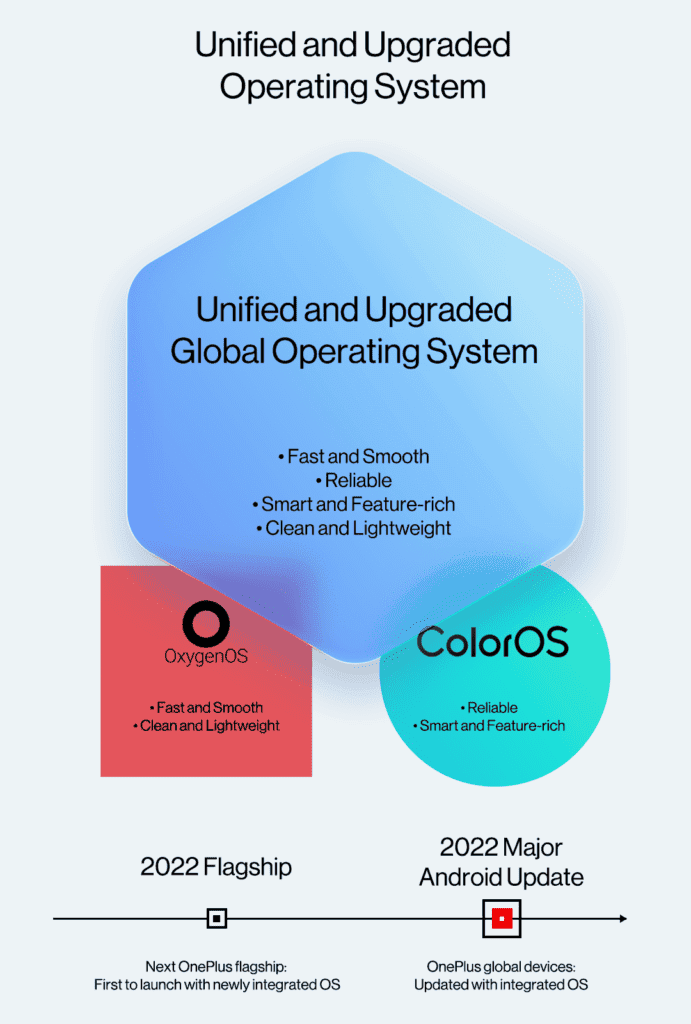 However, OnePlus has neither confirmed nor denied this speculation. Contrary to past reports, the OnePlus 10 Pro global launch will be accompanied by the unified operating system rollout. However, it was recently confirmed that the OnePlus 10 Pro will be running OxygenOS 12 instead. In the meantime, OnePlus is reportedly gearing up for the OnePlus 10 Pro launch. The word on the street is that the flagship smartphone will go official either in March or April this year. However, the smartphone is currently in the testing phase in India and Europe.