A new Realme Pad India variant has passed through the BIS certification website, confirming its imminent launch in the country. Not too long ago, Realme made its foray into the Android tablet segment by launching the Realme Pad tablet. The Realme Pad garnered huge popularity among Indian consumers. The tablet’s success can be attributed to the reasonable price tag it carries, as well as its impressive price to performance ratio.

To recall, Realme Vice President Madhav Sheth has already confirmed that the company is prepping to expand its Android tablet portfolio. Moreover, Sheth revealed that the company will be releasing a tablet with different price tags. Now, noted leaker, Yogesh Brar has confirmed to MySmartPrice that a new Realme Pad is currently in the works. Furthermore, the tipster claims that the tablet carries model number RMP2106 According to Yogesh, the purported Realme Pad has already bagged the BIS certification.

A New Realme Pad Indian Variant Is In The Works

In other words, a new Realme Pad is headed into the Indian market soon. Aside from that, the reputed leaker revealed that the upcoming Realme Tablet will pack an UniSoC processor under the hood. Regrettably, the exact details of this processor are still few and far between. For those who are unaware, the original Realme Pad draws power from a MediaTek Helio G80 processor. Furthermore, Yogesh the Realme Pad Indian variant will run the Android 11 operating system. The tablet will come with this OS out of the box. However, this is likely to upset prospective buyers

For those who are unaware, the original Realme Pad tablet came running Android 11 too. According to a post on Realme’s community FAQ pages, the tablet will receive the latest Android 12 update. As expected, the company drew flak for its decision to deprive existing Realme Pad users of the latest Android operating system. Following this backlash, Realme recently confirmed that the tablet will be receiving the Android 12 update. Moreover, the new Realme tablet has made an appearance on the Camera FV-5 database. 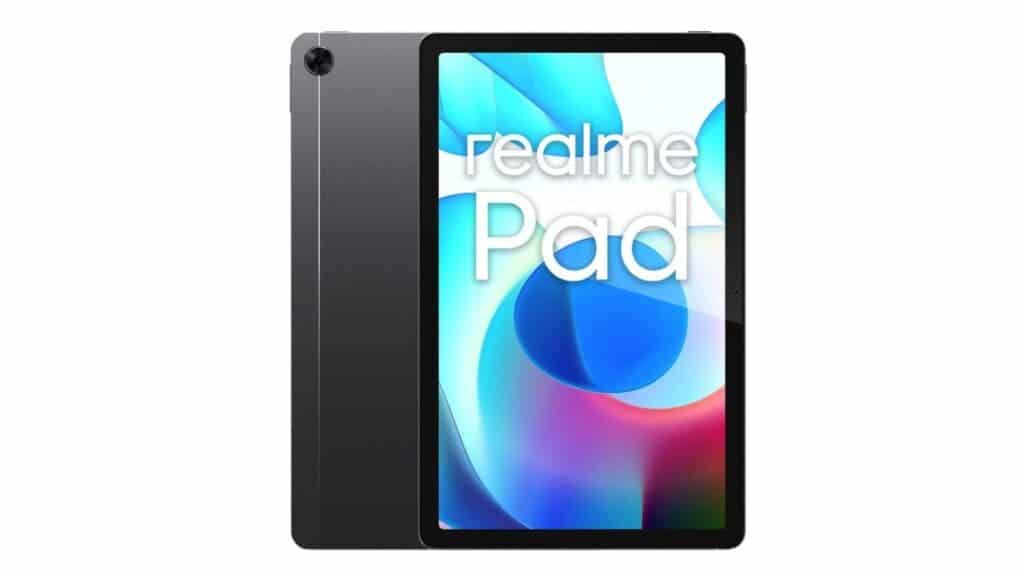 Moreover, the tablet’s Camera FV-5 database listing sheds more light on the upcoming tablet’s camera setup. For instance, it suggests that the new Realme tablet will house an 8MP camera at the back with a focal length of 27.9mm. Aside from that, the rear-mounted camera will offer f/1.78 aperture Upfront, the Realme RMP2106 will house a 5MP shooter for capturing selfies and video calling. This front-mounted shooter will deliver an f/1.8 aperture and offer a focal length of 27.7mm. Regrettably, other key details about the Realme tablet are scarce at the moment.

However, more shreds of vital information about the upcoming Realme tablet could surface online in the coming days.