The Realme global variant of the GT 2  has the model number RMX3311 on the Geekbench benchmark database. Moreover, the phone secured 1127 points and 3355 points in the single-core and multi-core rounds of the Geekbench 5 test. Aside from that, the benchmark listing suggests that the handset will pack an octa-core Qualcomm Snapdragon processor. Also, it confirms that the core configuration of this processor is 1 + 3 + 4. If the benchmark score is anything to go by, the global model of the GT 2 smartphone could come with a Qualcomm Snapdragon 888 SoC. 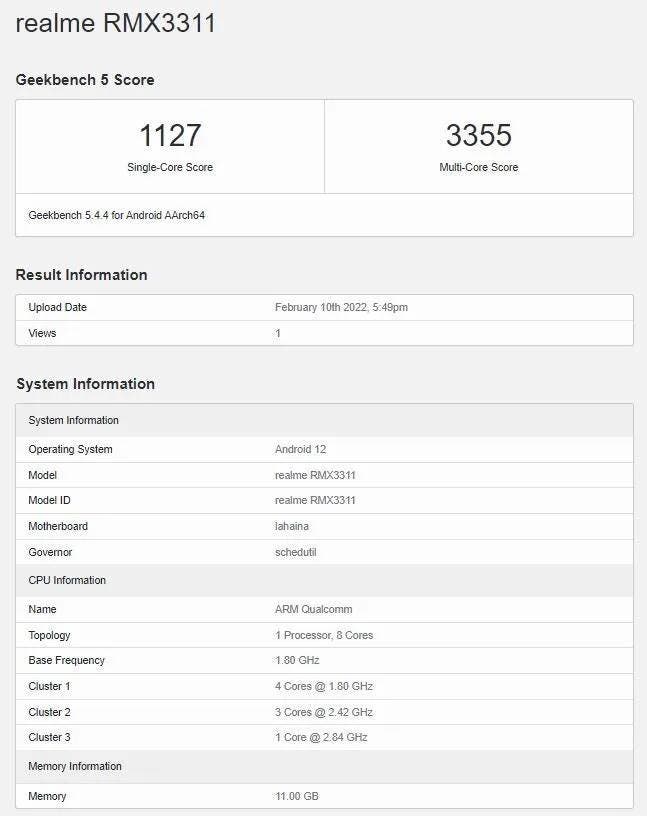 To recall, the previous-gen offering from Qualcomm, the Snapdragon 888 uses the 5nm fabrication process. Furthermore, it comes with an X60 5G modem and an Adreno 660 GPU. Aside from that, the benchmark listing confirms the presence of 12GB RAM. In other words, the GT 2 global variant handset will ship with 2GB of RAM. However, the company could introduce an 8GB RAM variant at launch. Morever, the handset will boot Android 12 out of the box, as per the listing. As expected, a layer of Realme UI will be on top of the operating system.

Pro for quite some time now. Past leaks suggest that the Realme GT 2 and Realme GT 2 Pro could make their global market foray at the impending MWC event. 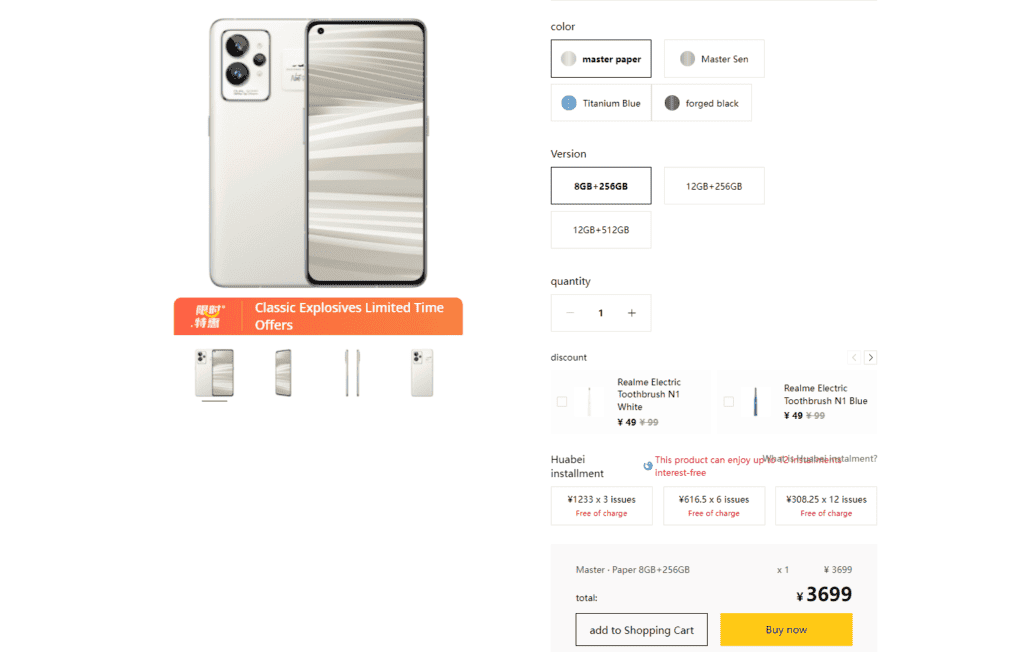 In the meantime, Realme has reduced the original asking price of the GT2 Pro, according to a report by GizmoChina. With a notable price cut of 500 Yuan, the phone is currently up for grabs via Pinduoduo, Suning, Tmall, JD, OPPO mall, and even Realme China’s website.