Portable digital devices such as laptops and smartphones are easy to carry and use. But they have a ‘shortcoming’ – battery. We not only have to keep them charged but they also retard over time. This not only makes users charge their phones/laptops more frequently but also they begin to drain faster. There are a few tricks you can still do to extend the battery life of your phones. Recently, Apple has given some suggestions on its official website on how to extend the battery life.

How to Make Your Phone Battery Life Longer

First, keep the battery away from extreme temperatures. Apple says the ideal temperature range for device operation is between 16°C and 22°C. It is especially important to keep the device away from locations where the ambient temperature is higher than 35°C, otherwise, the battery capacity may be permanently damaged. So the battery will no longer power the device for a long time after charging. 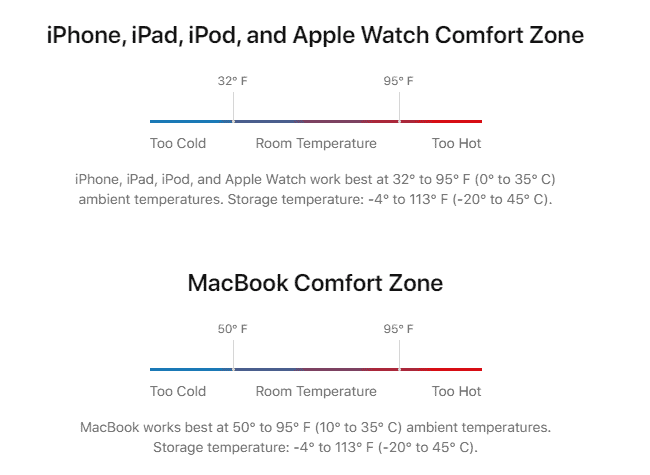 Charging the device in a high-temperature environment may further damage the device. When the battery exceeds the recommended temperature, the software may limit charging after reaching 80% state. Storing batteries even at high temperatures can cause irreparable damage. When using the device in very cold conditions, you may notice a decrease in battery life, but this is only temporary. When the battery temperature returns to the normal operating range, its performance will also return to normal.

Also Read: How To Maintain iPhone Battery? A Couple Of Recommendations

Apple also advises that when charging devices together in some styles of protective cases, it may generate excessive heat. The latter will affect battery capacity too. If you find your device gets hot while charging, remove the case first. Particularly, for the Apple Watch Edition series, make sure the magnetic charging case is open.

If the device is not used for a long time, there are two key factors that affect the overall health of the battery: the ambient temperature and the percentage of the battery that is charged before being stored without power.

iPhone XR 2 to sport a 3,110mAh battery; 5% larger than its predecessor