The OnePlus 10 Pro smartphone’s India launch date and sale timeline in the country have been revealed, despite lack of official confirmation. Earlier this year, OnePlus brought the OnePlus 10 Pro smartphone into the Chinese market as the OnePlus 9 Pro successor. The newly launched smartphone features the latest Qualcomm Snapdragon 8 Gen1 and an array of awe-inspiring features. For instance, it offers 80W fast charging support and sports a 2K AMOLED display with a 120Hz refresh rate.

If rumors making the rounds online prove to be true, the upcoming flagship phone could launch in March. According to an earlier report, the OnePlus 10 Pro smartphone’s launch in India could take place sometime next month, and the phone will go on sale in the country this spring. However, it is worth mentioning here that OnePlus is still mum on its plan to bring the 10 Pro into the global markets. Now, 91mobiles has shed more light on the OnePlus 10 Pro India launch date, availability and sale.

Noted leaker Yogesh Brar has confirmed to 91mobiles that the OnePlus 10 Pro will be launching in India in mid-March. According to the tipster, the flagship smartphone could go official in the country either on March 15 or March 16. Furthermore, there is a possibility that OnePlus will confirm the launch date at its impending Nord CE 2 5G launch event. In other words, the Chinese smartphone manufacturer could announce the OnePlus 10 Pro launch details on February 17, when the event is set to kick off. 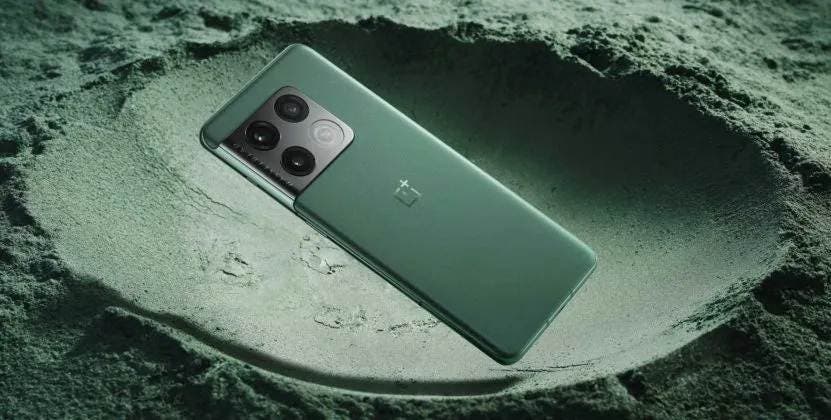 Aside from that, Yogesh claims that the OnePlus 10 Pro will go on sale during Amazon India’s Holi sale. In other words, the phone will be up for grabs via the e-commerce website around the third week of March. If this speculation proves to be true, OnePlus could be gearing up to drop some teasers that showcase the phone’s specs and other details. Moreover, a report by Trak suggests that the OnePlus 10 Pro smartphone’s starting price in India could be around INR 55,000 to INR 57,000. The upcoming teasers are likely to shed more light on the pricing and availability. In the meantime, let us check out the OnePlus 10 Pro specifications.

Upfront, the OnePlus 10 Pro features a 6.7-inch 2K Fluid AMOLED LTPO 2.0 display that delivers a refresh rate of 120Hz. Aside from that, the screen has a layer of Corning Gorilla Glass Victus on top for additional protection. The display comes with a punch-hole cutout for the front shooter. Also, it offers a 480Hz touch response and has MEMC, as well as HDR10+. Moreover, the phone’s dimensions are 163 × 73.9 × 8.55mm. For selfies, the front panel houses a 32MP shooter that also comes in handy for video calling.

Aside from that, the OnePlus 10 Pro runs Android 12 OS with a layer of OxygenOS custom skin on top. The phone offers a myriad of connectivity options like a USB Type-C port, VoWiFi, GPS, VoLTE, Bluetooth 5.2, NFC, Wi-Fi 6E, and 5G. Furthermore, the phone features an in-display fingerprint sensor, Hi-Res audio, Dolby Atmos, dual OIS, and an X-axis linear motor. Under the hood, it packs the Qualcomm Snapdragon 8 Gen 1 processor. Moreover, it ships with 12GB LPDDR5 RAM and offers 256GB UFS 3.1 non-expandable storage.

In addition to that, the phone comes with a robust 5,000mAh battery. This cell supports reverse charging, 50W AirVOOC wireless charging, and 80W SuperVOOC wired fast charging. For optics, the OnePlus 10 Pro has three cameras at the back and an LED flash. These include a 48MP main camera, a 50MP camera, and an 8MP camera.