After many leaks and reports, Infinix finally took the wraps of the Infinix Zero 5G. The device arrived as the brand’s first 5G capable device. That’s a major twist for the smartphones made by the Transsion Holdings-owned brands. After the Tecno POVA 5G, we’re seeing the first 5G smartphone from Infinix. The device is available in India and carries decent specifications and an attractive MediaTek Dimensity 900 SoC. However, the biggest problem in the package was the presence of Android 11 as the operating system. Today, the CEO of Infinix India Anish Kapoor confirmed the update to Android 12 is on the way, however, it won’t come fast.

Android 12 has been out since October last year, but still, several smartphone brands are yet to provide updates with this version to their smartphones. The situation is even worse for the smaller brands that don’t have the same development team as the big ones. Infinix promises to bring Android 12 for its smartphone, but that won’t come before August this year. That leaves Infinix Zero 5G owners with a big interval of six months using the 2020’s Android version. To put things in perspective, by the time of the Android 12 update for the Infinix Zero 5G, Google’s Android 13 release will be knocking on the door.

The Infinix Zero 5G boots the company’s skin XOS 10 on top of Android 11. We may see the XOS 11 with Android 12, or even to better align the things, XOS 12. The skin brings some bloatware with Infinix and third-party apps pre-installed. However, the skin still runs in a smooth form. Furthermore, there is an interesting feature called Memory Fusion. It’s the Infinix take on the virtual RAM feature and can help with multi-tasking.

The Infinix Zero 5G flaunts a 6.78-inch LCD screen with Full HD+ resolution and a top-centered punch-hole. The device has the MediaTek Dimensity 900 under the hood which makes it a better offering than other devices in the category. It comes with 8 GB of RAM and 128 GB of Internal UFS 3.1 storage. In terms of optics, the phone has a 48 MP primary camera with f/1.8 aperture, a 13 MP snapper with a telephoto lens, and 2x optical zoom, plus a 2 MP depth-sensing module. For selfies and video calls, the device has a 16 MP snapper with an f/2.0 aperture. 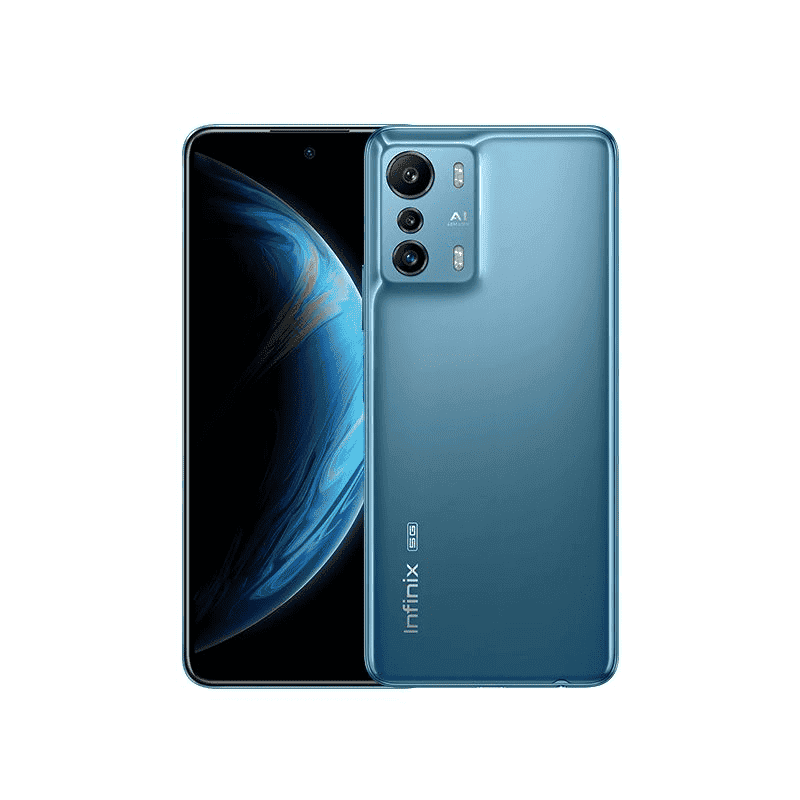 The device has Wi-Fi 6, Bluetooth 5, 3.5 mm headphone jack, and storage expansion via a micro SD card. Moreover, it comes with a 5,000 mAh battery with 33W fast charging support.