Honor is definitively back and aiming at the top of the Chinese market! The brand that started as a Huawei sub-brand, left its former parent company to become an independent brand under the ownership of a Chinese conglomerate. The brand quickly absorbed a good slice of the market, probably getting a good slice of former Huawei customers. The big deal is that Honor brings back all the goodies of Huawei, but without all the restrictions imposed by the US ban. The company had expanded its presence back to the global markets and we expect more for 2022. The company is gearing up to introduce new smartphones under the Honor X8 series.

As per the new reports, the company is preparing the Honor X8 for the global markets. That’s one of the first devices we see from Honor to be clearly focused on the global scene. Apparently, the company will adopt a strategy similar to what Realme and Xiaomi have been doing. It will rebrand the existing Honor X30i to Honor X8 and will sell it across key markets. However, there will be some significant differences. 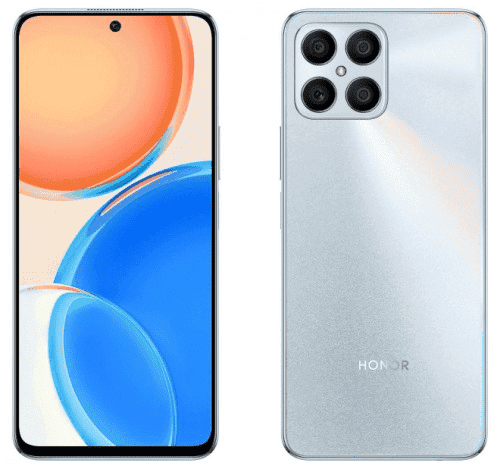 Apparently, Honor is dropping the 5G connectivity with the Honor X8. While the Honor X30i offers support for the fifth-gen networks, the Honor X8 will be limited to the 4G networks. Therefore, we can expect a different chipset. While the Honor X30i packs a MediaTek Dimensity 810 SoC, the Honor X8 will bring something else. As per the leak, the processor comes with four ARM Cortex-A73 clocked at 2.4 GHz and four ARM Cortex-A53 cores running at 1.9 GHz. This core configuration smells like something from the past. So, we’re not really confident of how the Honor X8 will perform in global markets. Of course, it depends on the price. These specifications slightly match the Snapdragon 680 SoC. So keep it on your radar.

Worth noting that the phone will have a base storage option with 128 GB Internal Storage plus the micro SD card expansion. There aren’t details regarding the RAM amount but we can expect it to start with 6 GB of RAM. Chinese brands tend to be very generous with the RAM amount and Honor isn’t an exception. We expect a big battery to complete the package complete with at least 18W charging.

The Honor X8 certainly runs Android with Google Mobile Services enabled. However, the version is still a mystery. The handset will come in Blue, Silver, and Black colorways, and will target a 200 Euros price tag. As per the report, the phone will get its announcement during MWC 2022.

Worth noting that Honor will also unveil its hotly-anticipated Honor Magic 4 series in the upcoming days. Some of the devices have passed by 3C Certification.

Previous App market: this is why 2021 was the year of records