18.3 billion dollars: this is the impressive figure earned in 2021 by the top 100 apps that include subscriptions on the App Store and Play Store. And if the data in itself may even mean relatively little, it is enough to know that compared to the previous year, revenues increased by 41 percentage points. As always, SensorTower offers us the opportunity to analyze in detail different aspects of the thriving mobile application market.

App market: this is why 2021 was the year of records

Worldwide consumer expenditure in mobile apps reached new highs yet again in 2021, and Sensor Tower Store Intelligence data reveals that mobile users are spending more than ever in subscription apps. The top 100 non-game subscription-based apps saw their revenue grow 41 percent year-over-year from $13 billion to $18.3 billion globally. This was 7 percentage points greater than in 2020, when spending in these apps climbed 34 percent Y/Y from $9.7 billion in 2019.

The analysis focuses on non-games apps: from $ 9.7 billion in 2019 to $ 13 billion in 2020, up to last year’s 18.3 billion. This value represents 14% of the $ 131.6 billion spent in 2021 on overall in-app purchases, including app games. As a comparison, it should be taken into account that the previous year the expenditure for subscriptions in non-games apps represented 11.7% of the total. 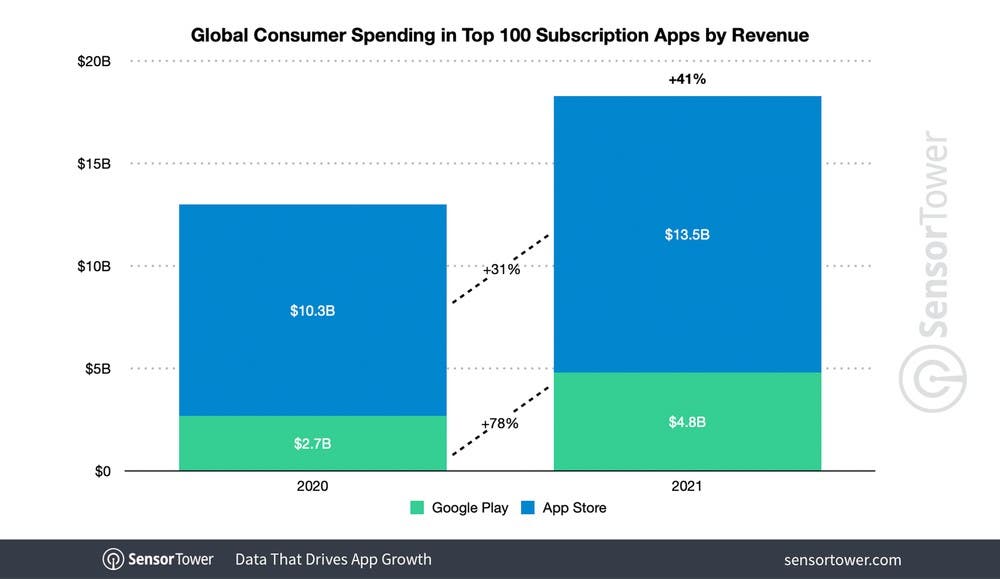 The graph above basically tells us three things:

YouTube generated $ 1.2 billion in revenue worldwide and ranks # 1 on the overall chart and on the App Store. On the Play Store , Google One occupies the top step of the podium, followed by the Japanese Piccoma (webtoon subscription service) and Disney +. On the App Store behind YouTube, there are Tinder and Tencent Video, the dating app is also second overall in front of Piccoma.

All the big platforms will embrace this form of paid subscription business: the opportunity is big, as the numbers tell us, and TikTok, Twitter, Instagram and others know it very well. 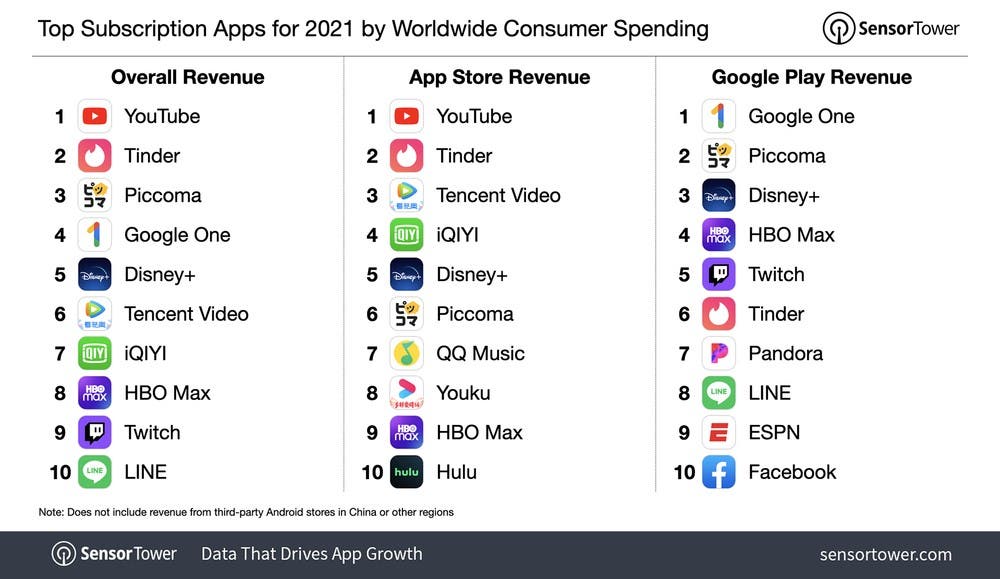 Next Honor X8: specs and design have been revealed