It is noteworthy that although user costs have increased significantly this year, compared to 2019-2020, there is a decrease in growth rates by 3.6%. Taken separately this year, the Apple store will account for $ 41.5 billion in revenue, or about 1.8 times the $ 23.4 billion in Google Play store.

In the first half of the year, $65 billion was spent on apps and games 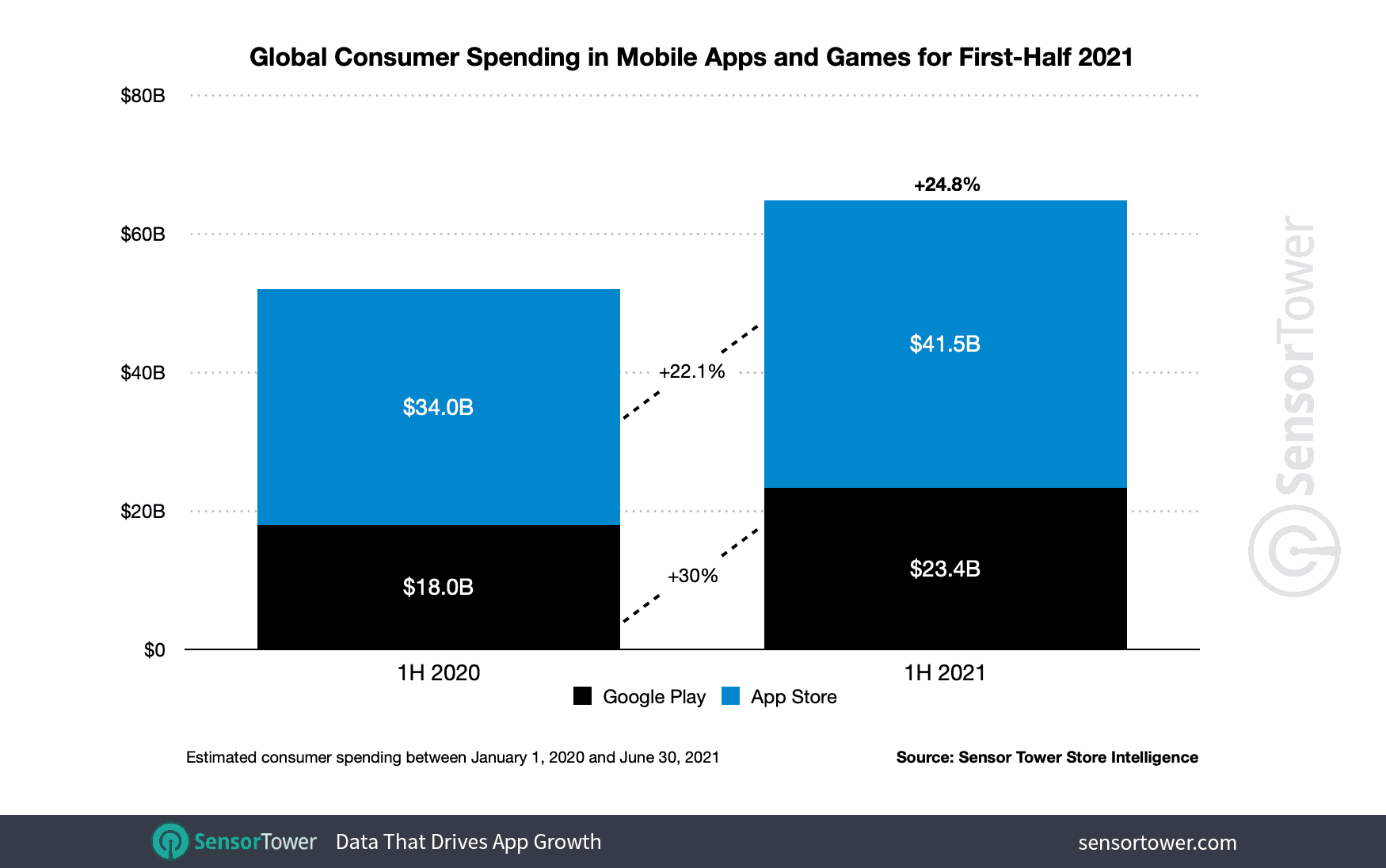 Conversely, Google is beating Apple in terms of growth – the first has a 30% increase in revenue versus 22.1% for the App Store. Of course, any comparisons to 2020 are worth making, given the height of the pandemic, which has affected spending, especially during periods of “self-isolation.” 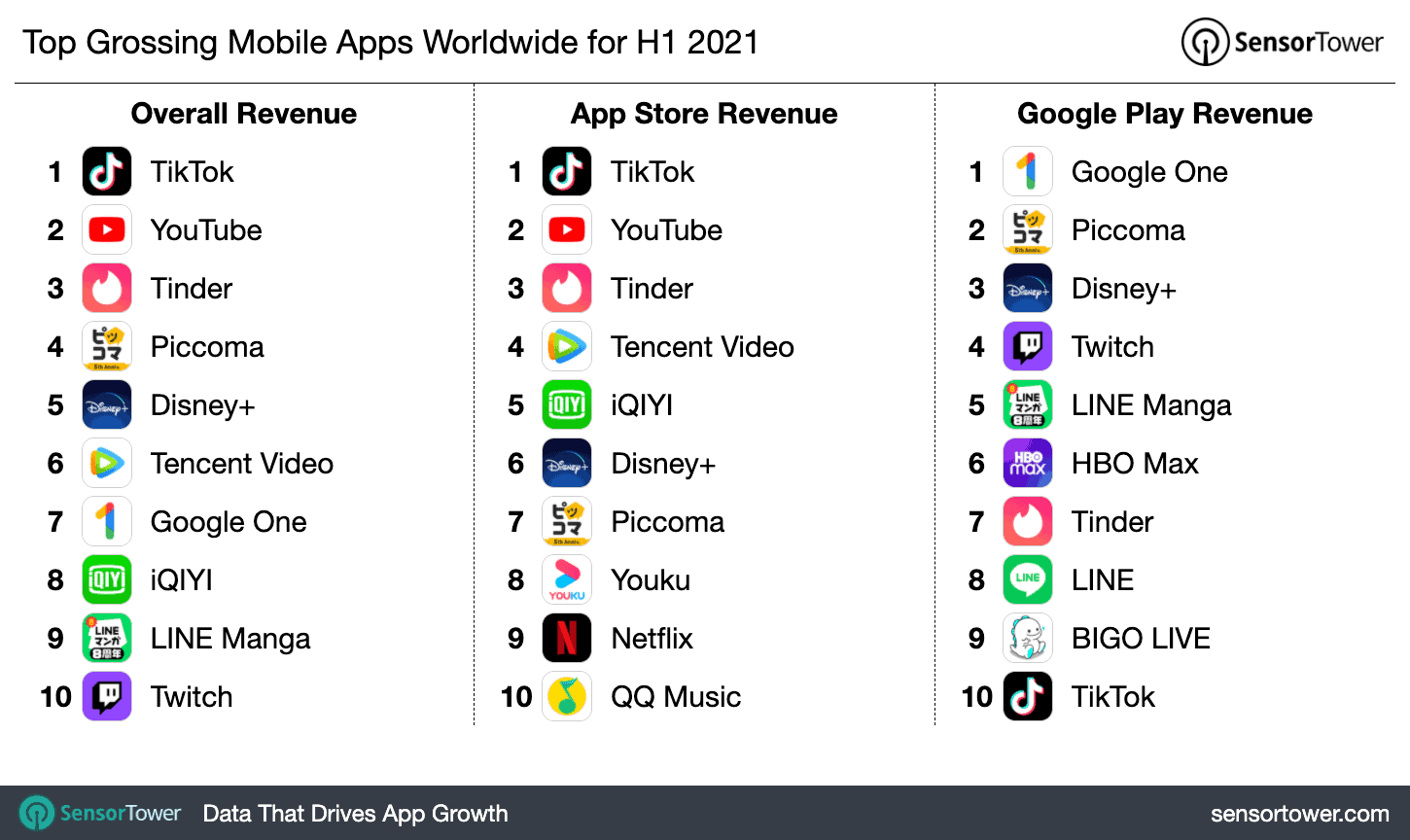 According to preliminary estimates of Sensor Tower, in the first quarter of this year from all sources, users downloaded applications and games 72.5 billion times.

Here are the top grossing mobile games for the first half of 2021:

And here are the most downloaded games:

Apple’s App Store saw a Y/Y decline in installs in the first half of 2021, dropping 10.9 percent to 16.3 billion from 18.3 billion in 1H20. This indicates that there’s potentially more competition for consumer attention in markets with high concentrations of iOS users, such as the United States, which have begun to reopen businesses and in-person spaces. 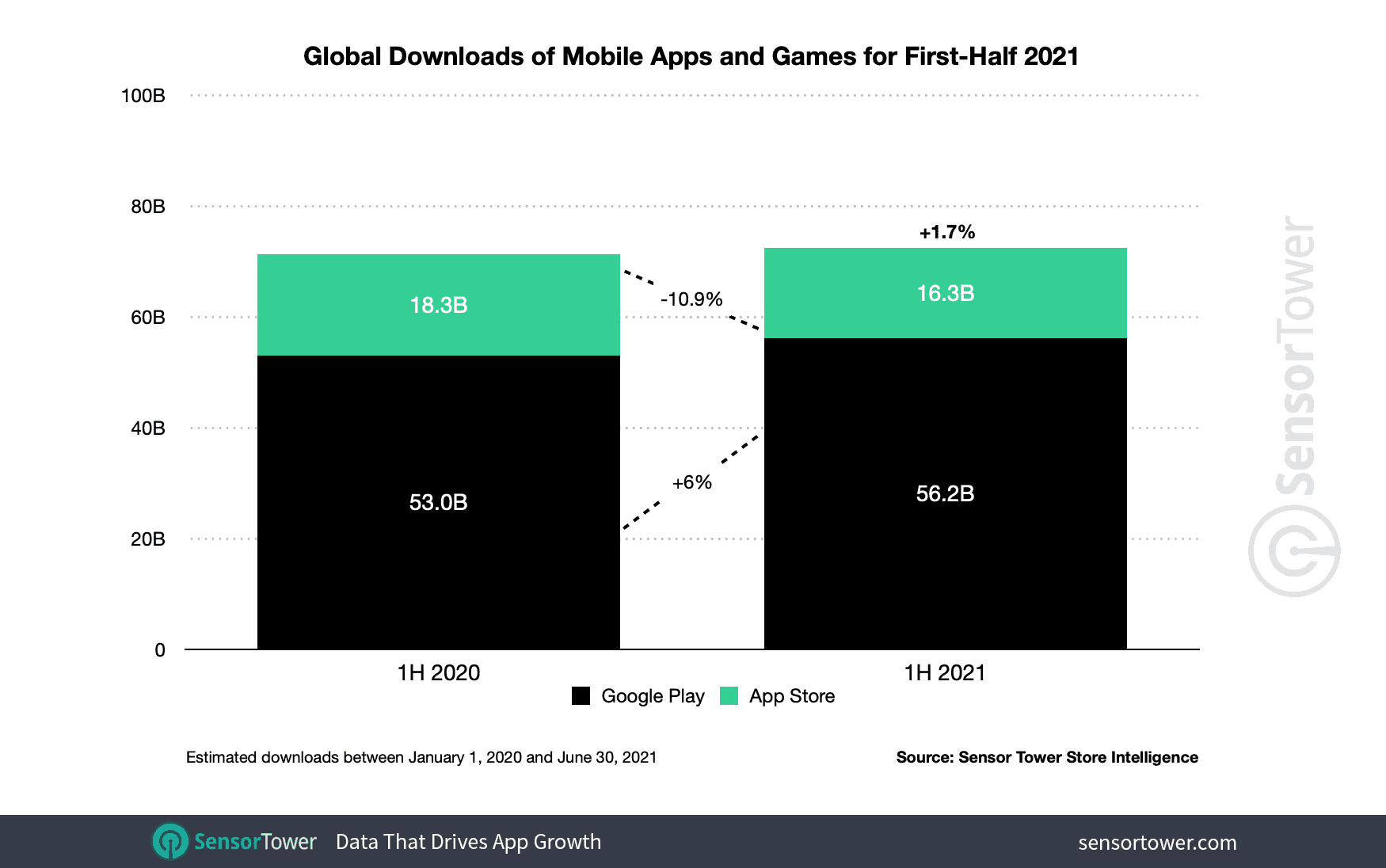 First-time installs on Google Play climbed 6 percent Y/Y to 56.2 billion in 1H21 from 53 billion in the year-ago period, perhaps tied to the prevalence of Android devices in markets that are still heavily affected by the pandemic, such as India. In the first half of this year, app adoption on Google’s marketplace was nearly 3.5 times higher than that seen on Apple’s store. 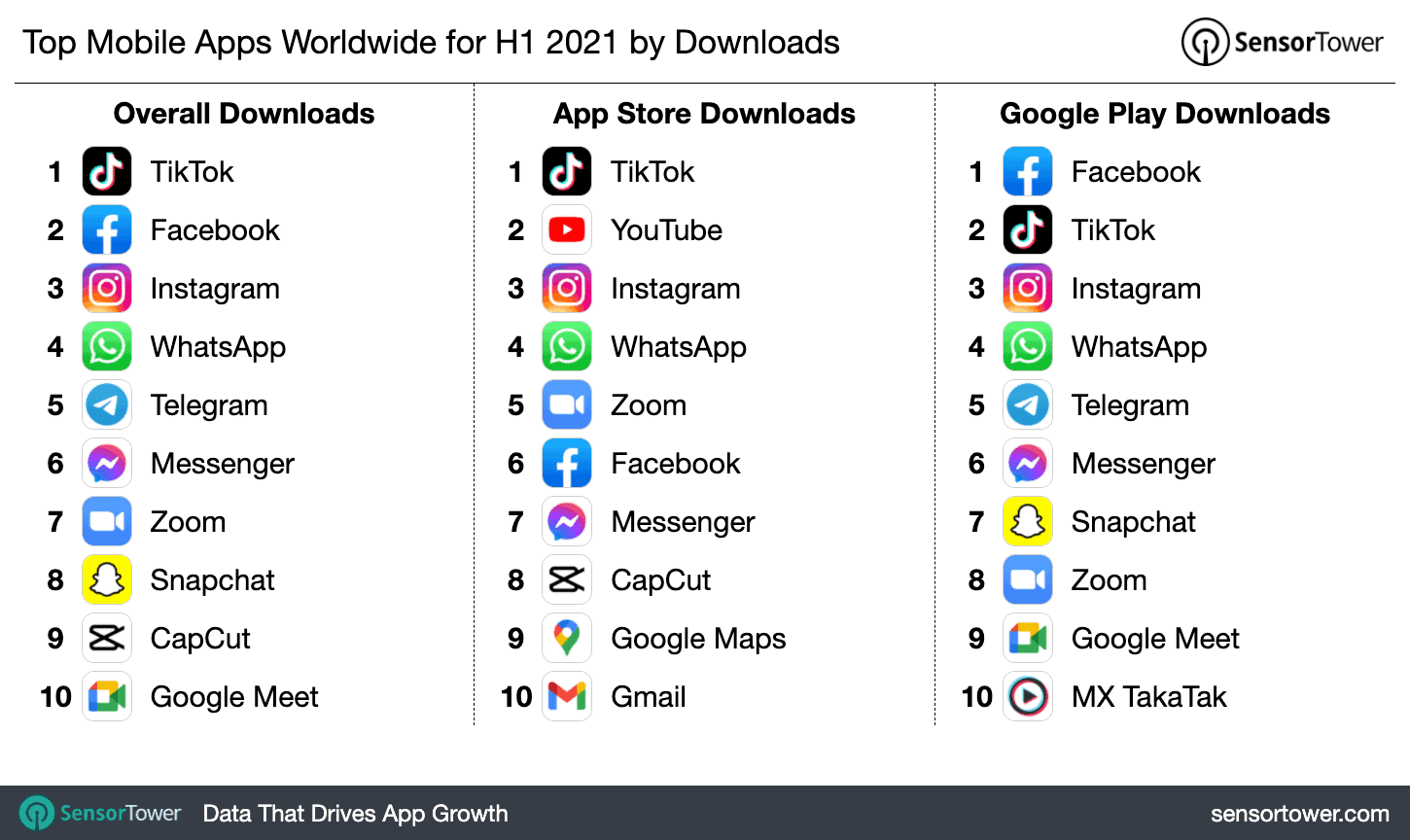 Although Google Play’s marketplace didn’t generate as much mobile gaming revenue as Apple’s, it maintained the same Y/Y growth as seen in the first half of 2020, climbing 24.7 percent to $18.7 billion from $15 billion in the year-ago period. While consumer spending in mobile games is growing at a slower clip than last year, this doesn’t indicate a downturn for the industry but rather a normalization after the surge in interest during the extraordinary circumstances of the COVID-19 pandemic.

Apple is monitoring users’ behavior on the App Store