Apple has filed a patent application that describes a computer built into a keyboard. The device is a replacement for traditional desktops and laptops; the system needs only a monitor to work.

Resource Patently Apple notes that it is much more convenient to transport a keyboard with a built-in computer than a laptop or even a system unit. You don’t even need a mouse – you can build a touchpad into such a keyboard. As with the Mac mini, you only need to connect it to a monitor to use your computer.

Apple’s invention reveals a future Magic Keyboard that could incorporate or otherwise house one or more computing components within to provide a portable desktop computing experience at any location having one or more computer monitors. For example, a user can transport a keyboard that houses a computer, as opposed to carrying an entire laptop or a tower and keyboard. The keyboard could include a trackpad to eliminate the need of a mouse when in transport. 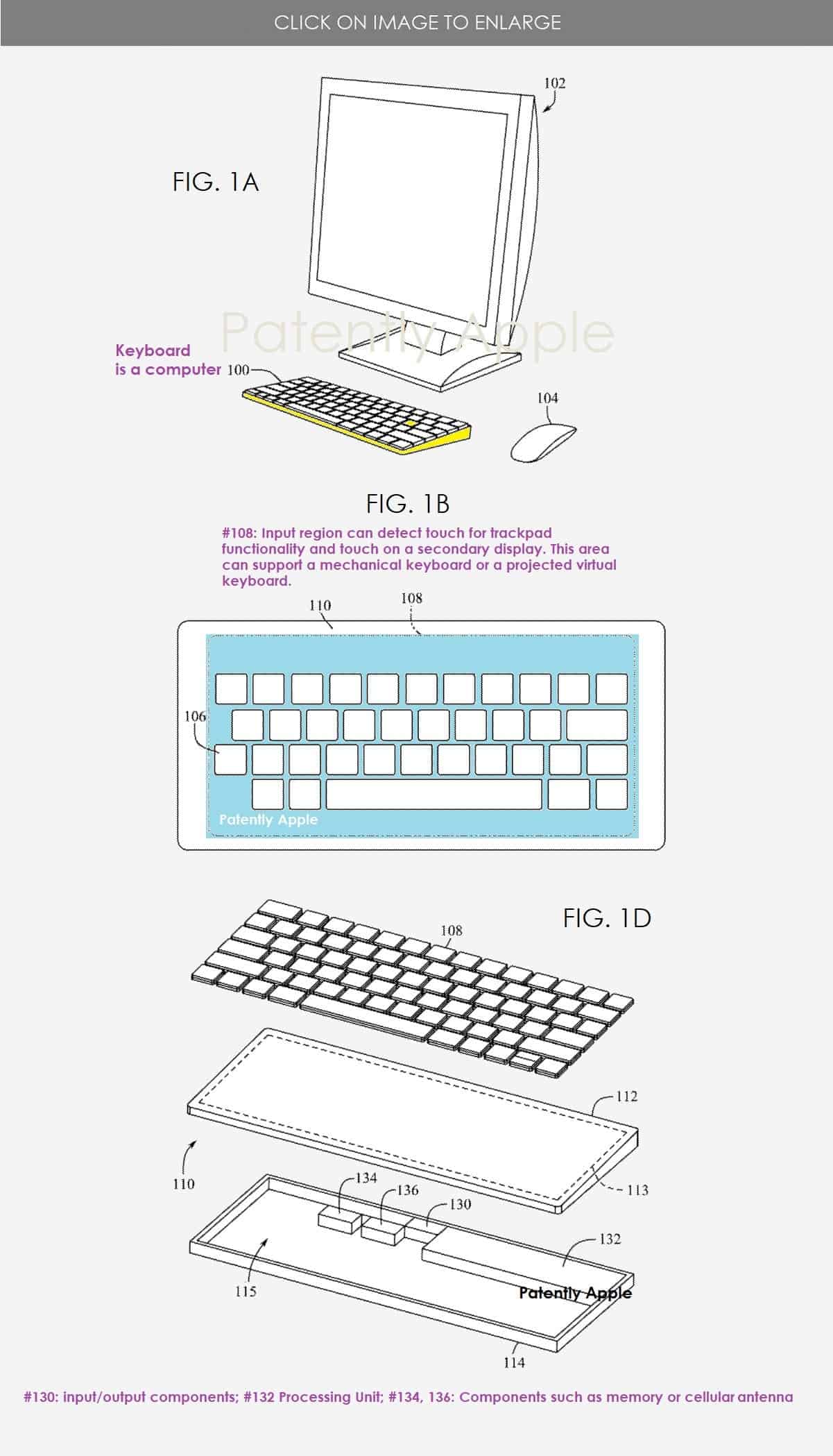 It is noteworthy that with this project, Apple is not going to sacrifice performance for portability. Therefore, the patent application specifically talks about the cooling system. The keyboard case with the built-in computer has a base with high thermal conductivity; and the computing unit is in direct contact with it. Thus, the heat from the processor is effectively dissipated throughout the device.

The processing unit can generate heat while operating, which can negatively impact the performance of the processing unit. The base, however, can be in production at least partially of a material that distributes or spreads heat substantially through the mass of the base (i.e., thermally conductive), thereby more evenly spreading or distributing heat generated by the processing unit over a larger surface area of the base to more effectively regulate operating temperatures of the computing device. Some non-limiting examples of thermally conductive materials are copper, aluminum, brass, steel, and bronze.

Also, the presentation of the patent application took place in August 2020; and just now the United States Patent and Trademark Office (USPTO) has published the document. As always in such cases, no information about Apple’s plans to release such a device yet. And the company will definitely not become a pioneer in this segment; in the eighties, the now-iconic ZX Spectrum and Commodore 64 were available in this form factor; in 2009 ASUS implemented something similar with the Eee Keyboard, and today Raspberry Pi 400 uses this format.