A recent report from Strategy Analytics shows that Realme is the fastest-growing smartphone brand in Europe in 2021. The report reveals that the company records an astonishing annual growth rate of 548%. Abhilash Kumar, an Industry Analyst at Strategy Analytics, said: “Realme’s European smartphone shipments grew by 500% and 548% in Q4 2021 and full-year 2021, respectively. It managed to become the fastest-growing smartphone brand in the sub-region of Europe (Central and Western Europe). 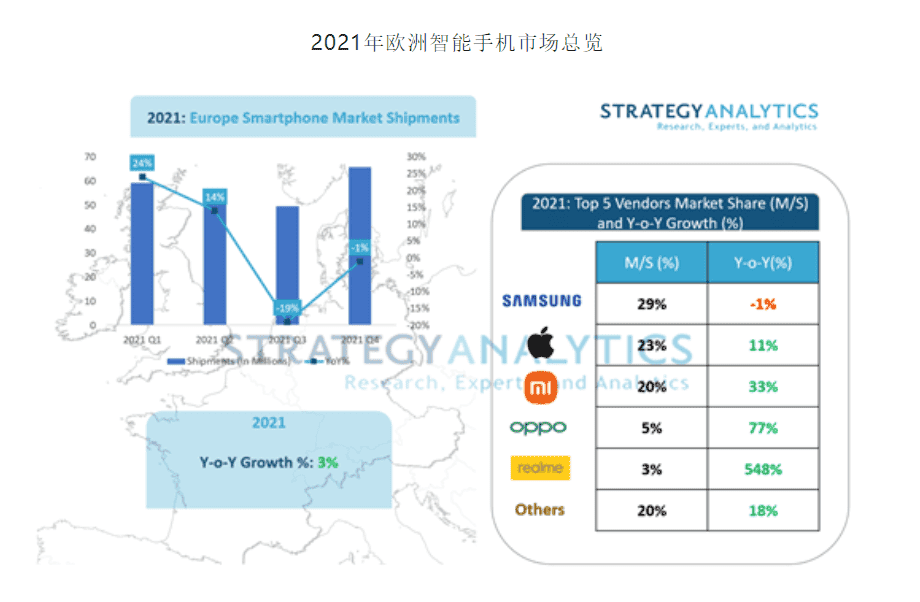 A Counterpoint Research report reveals that the European smartphone market reversed the 7% decline in shipments in 2020. The shipments in 2021 hit an annual growth rate of 1%. However, Realme’s performance relative to its 2019 performance increased by sixfold. The success of the Realme GT series and digital series has helped Realme’s shipments in Europe reach a new high.

Apart from its blistering smartphone sales, Realme is also investing in new technologies. The company is getting set to unveil the Realme GT Neo3. From the speculations so far, this smartphone will come with super-fast charging technology. A recent report out of China claims that the Realme GT Neo3 offers two versions.