The struggle to defend Kyiv continues as the Ukrainian troops formed by soldiers and also civil volunteers resist the Russian army. Meanwhile, the United Nations keep applying strong sanctions against Russia and Vladimir Putin’s government. In a recent twist of fates, the controversial president even threatened the world by putting its Nuclear forces under alert. Meanwhile, while things go wild in the ‘real world” we also see a bunch of effects in the virtual world. A few days ago, the infamous hacker group Anonymous pledged support to Ukraine alleging a brutal invasion against the country. The group promised to attack Russia tirelessly and even messed with the country’s state TV website. Now, Anonymous has jammed the radios of the Russian troops.

In a sudden twist of fates, Anonymous has drowned out the negotiations of the military of the Russian Federation with the anthem of Ukraine. The group hacked the RF military communications frequency and jammed it with the Ukrainian anthem.

“The Russian Forces, who just talked about the “ambush”, are now being drowned out by the music. They cannot coordinate their actions if they cannot communicate,” the report states.

On the audio recording, you can hear Ukraine’s Anthem completely messing with the conversations.

Russian forces, who were just talking about an "ambush", are currently being drowned out with music.

While Anonymous keeps supporting Ukraine, there are also reports about other countries receiving attacks. A recent report, suggests that NVIDIA had its serves attacked shortly after the beginning of the conflict. However, until the moment, the company didn’t find any way to tie the attack to the Russian hackers. 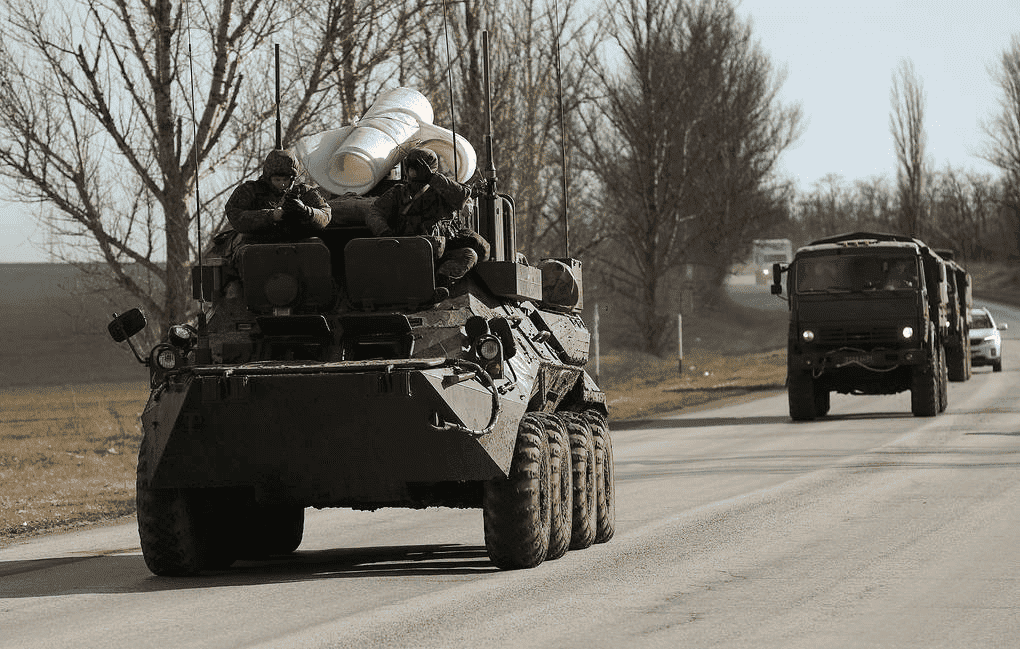 Although the support continues, the internet connection in Ukraine may be compromised in a few days if the conflict continues. The country’s vice-Prime Minister appealed to Elon Musk to ask for his support with Starlink. Interestingly, the brilliant mind behind SpaceX and Tesla has promptly answered establishing one of its Starlink satellites to serve Ukraine with internet connectivity. Moreover, he stated that more Starlink terminals were on the way. Therefore, Ukrainian communications should keep stable for a few more days. After all, Starlink does not depend on wires or any terrestrial system (at least not in Ukraine) to work.

In light of a possible internet loss, the Ukrainian citizens have been trying to find alternative communication apps that do not rely on the internet such as Bridgefy.