When someone is in trouble, good people do their best to help. Now, Ukraine is in trouble. It is trying to withstand the White Bear. So it’s logical that the western countries and companies want to help Ukraine with what they can. Recently, we learned that Elon Musk offered his support to this country via Starlink. Today, another company of Musk, Tesla said it is offering free Supercharging stations in several countries around Ukraine.

In all fairness, this is not the first time Tesla gives a helping hand when the world is hit by natural disasters. Well, the Russian invasion is not a natural disaster but Tesla offers its help again. Prior to this, Tesla was offering free Supercharging in those regions where people needed it. With this, Tesla helped a lot of people to escape from danger. 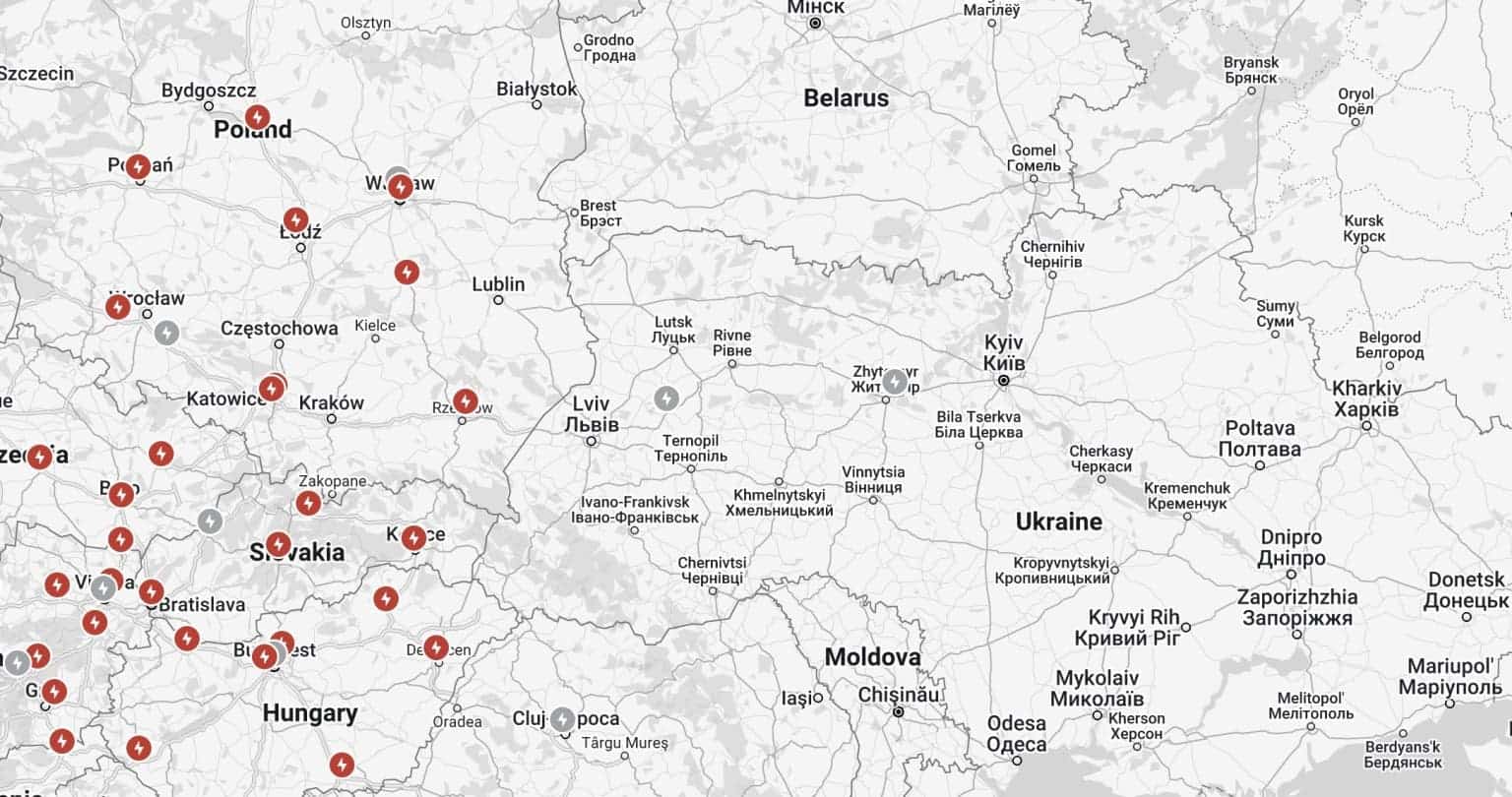 The best proof of the case above was when Tesla offered free Supercharging during hurricanes in the south of the US.

However, we should point out that this is for the first time when Tesla offers free Supercharge for no-natural disasters.

Because of incessant bombing, many people in Ukraine began moving to the borders of Poland and Slovakia. As you understand, they have to cross long distances, especially if they are escaping from cities near Russia.

That’s why Tesla has sent an email to local owners, saying that there are several Supercharger stations near the Ukrainian borders with those countries free to use for both Tesla and non-Tesla electric vehicles:

Charge for free in parts of Poland, Slovakia, and Hungary.

Beginning Monday, we are temporarily enabling free Supercharging for both Tesla and Non-Tesla vehicles at sites in areas impacted by the recent situation in Ukraine. Starting with:

We hope that this helps give you the peace of mind to get to a safe location. As always tap any site on your ca’s touchscreen to see current pricing. Safe travels.

As you noticed, Tesla enables free Supercharging even for non-Tesla vehicles.

What’s interesting, Tesla hasn’t managed to enter the Ukrainian market. It has even added some places for Supercharger stations. But this doesn’t mean that there are no Tesla owners in Ukraine. Those few owners of Tesla vehicles even asked Elon Musk to enter the market as soon as possible. He promised to expand into Eastern Europe soon. But it has been slow to materialize.