A very interesting start to 2022 is expected for Motorola which is preparing to expand and renew its range of smartphones. After the launch of the Moto G Stylus 2022 and Moto Edge 30 Pro, rumors continue to circulate on other budget devices as well. Last month Evan Blass released unofficial press renders of six unreleased Motorola smartphones. These are the code names: Dubai, Austin, Rhode 4G and 5G, the Rogue with camera hidden in the display and Huawaii Plus. Of the latter, which will arrive on the market with the name Moto G22, some rumors about the hardware characteristics have also emerged.

Compared to the Moto G20 predecessor, this smartphone should have a display without a teardrop notch but with a more modern “hole” to house a 16 megapixel camera with an f/2.45 aperture. The panel will not be an OLED but should be a more modest 6.5-inch IPS LCD with a 90Hz refresh rate and 1600 x 720 pixel resolution. 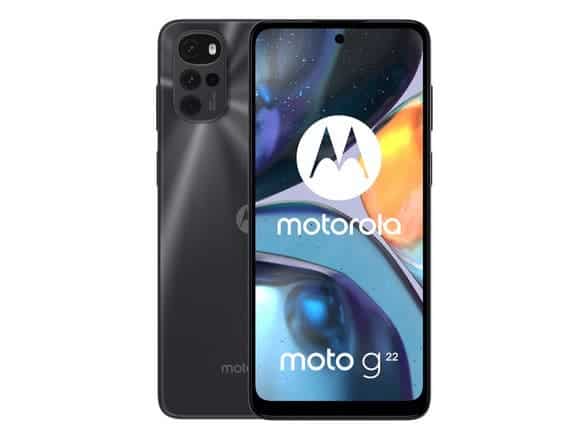 The picture is completed by a MediaTek Helio G37 processor supported by 4 GB of RAM, 64 GB of storage space, a 5,000mAh battery and a triple rear camera with 50 MP main sensor with f/1.8 aperture, an 8MP sensor with ultra-wide-angle optics and f/2.2 aperture and a 2MP macro sensor also useful for capturing information on the depth of field. Obviously, these specifications place the device in the “entry-level” range, with a price that should hardly exceed $200.

WinFuture‘s Roland Quandt allows us to observe the smartphone even more in detail. The images published on the net are shown below, remembering then that the technical data sheet at the end of the article has been updated with the latest information provided by the leaker. 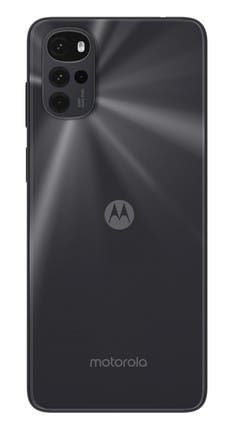 It is Evan Blass who provides us with new information on Moto G22; starting from the renderings, which in part coincide with the previous one regarding the rear photographic module; which presents the upper cam enclosed in an oval that also contains the LED flash.

Even more important is the presence of a fourth camera; which was not contemplated in the previous rumors; in fact, another 2MP sensor should be added to the 50MP, 8MP and 2MP sensors. Below we report the allegedly updated technical data sheet with the latest information. The debut is expected at the end of February.

Following is the alleged technical data sheet, updated with the latest information provided by WinFuture.

Previous Google Pixel Watch and Pixel 6a are getting closer