We guess you know that today OPPO’s sub-brand launched the Realme V25 mid-range smartphone. At the same conference, the company also introduced a new Bluetooth headset dubbed the Realme Buds Q2s. The latter adopts a futuristic transparent “space capsule” design and is available in two new colors of “Sen” and “Paper”. They correspond to light green and cream colors.

The so-called “space capsule” design presents a dynamic arc as a whole. The company describes it as a spaceship that cuts through the sky. It is worth mentioning that the two colors of the Realme Buds Q2s and the texture of the headphone decoration are the same as the Realme GT2 Pro.

The Realme Buds Q2s comes with a battery capacity of up to 480mAh. So the battery life is increased by 50% compared with the previous generation. As for numbers, now, the headsets provide up to 30 hours of endurance on a single charge. In other words, when fully charged and used for 4 hours per day, it can last for a week. More importantly, these headphones support flash charging technology. For instance, charging for 10 minutes will ensure 3 hours of autonomy.

Another key feature of the Realme Buds Q2s is the 10mm bass-enhancing large moving coil unit. The latter is combined with the advanced Bass Boost+ composite bass enhancement feature. When listening to music, we can clearly sense the layering. At the same time, the headphones support Dolby Atmos. Users can even select various ambient sound effects and scene sound effects to accurately match the usage scene.

For call scenarios, Realme Buds Q2s adopts AI intelligent noise reduction algorithm. In other words, the noise will be reduced according to the place you are. When playing games, you can turn on the e-sports mode to ensure the Realme Buds Q2s have a delay as low as 88ms. With the support of the new generation of Bluetooth 5.2 technology, it can effectively reduce problems such as lags in gaming and disconnection.

Other than that, the Realme Buds Q2s body supports IPX4 waterproof rating. It has passed the international protection level certification and has the “level 4” liquid penetration protection, which can effectively prevent the erosion of splashes and rain and sweat.

Lastly, the Realme Buds Q2s supports the Realme Link App function. In the app, you can customize the headset functions according to personal preferences.

At present, the Realme Buds Q2s are already available for purchase at 199 yuan ($32). 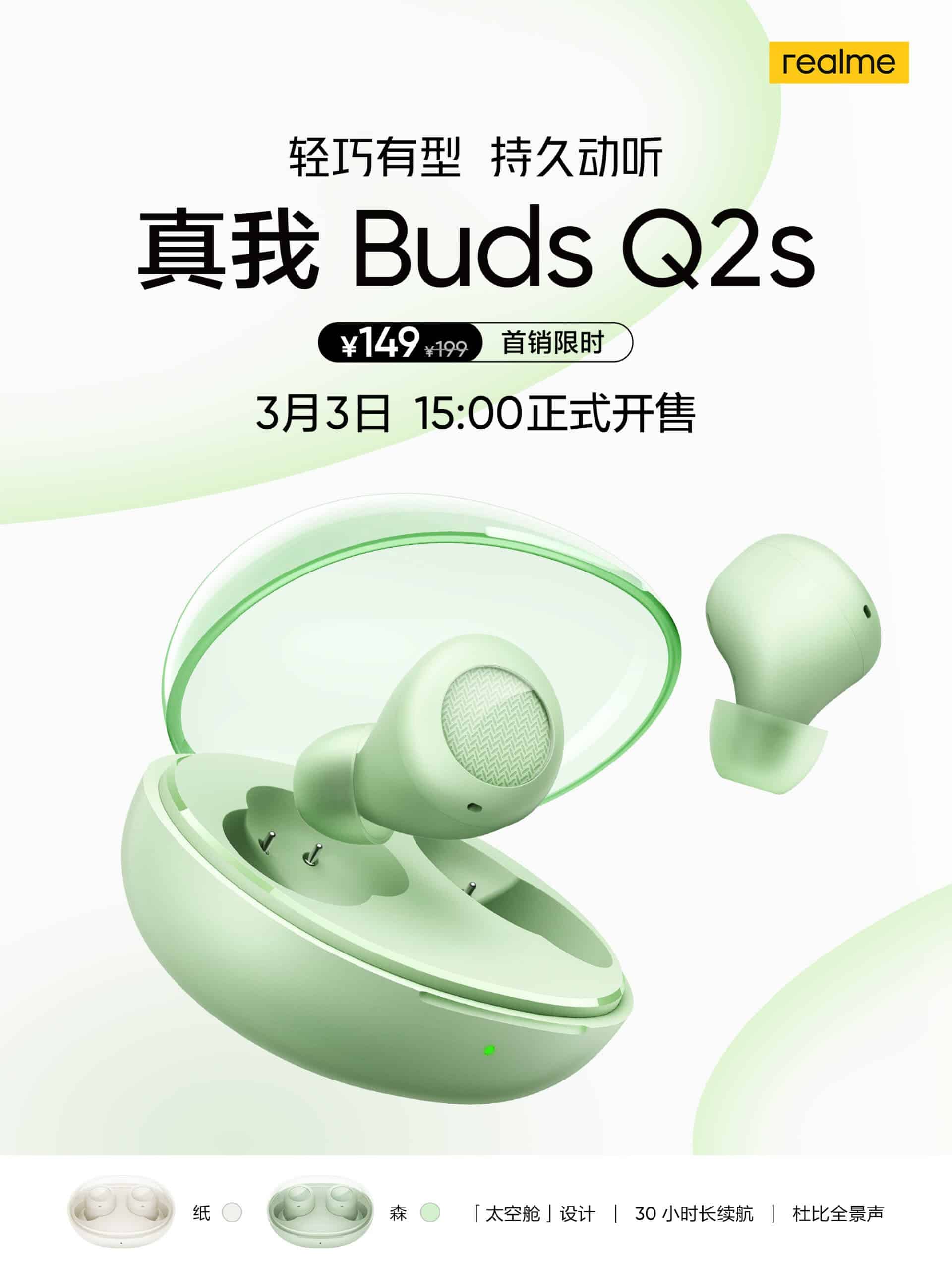 Previous Samsung is accused of limiting the performance of Galaxy smartphones

Sennheiser Sport TWS Earbuds Lands In India, Where To Buy?