Redmi simply can’t go on and leave the Redmi 10 series behind. After launching the Redmi 10 2022, which is basically the same device from last year’s August, it is introducing a new Redmi 10 smartphone. However, while it will debut in India simply as Redmi 10, leaving a lot of people confused, the device has just reached the global markets as Redmi 10C. The distinct moniker certainly makes it easier for customers to understand that this is a completely new smartphone. It has a different chipset, display, and cameras. It’s more aligned to the low-end segment, while the regular Redmi 10 seems to be a better option in terms of performance. The Redmi 10C has a distinct design that seems to drink a lot of Realme Narzo series formula. Without further ado, let’s see what this device has in tow for the budget segment.

As we’ve said before, the Redmi 10C figures as a completely new smartphone. It comes with a waterdrop notch display, while its sibling has a punch-hoi,e one. Moreover, it brings a textured rear shell instead of a glossy plastic finish, finally, we have a squarish camera module with a black color that houses the dual-camera system and the fingerprint scanner. This is something that we often see on Realme Narzo smartphones, but it’s a first for the Redmi lineup. The device comes to replace the gap left by the lack of a proper successor for the Redmi 9C.

The Redmi 10C packs a fairly-large 6.71-inch LCD display. This is larger than most of Redmi smartphones, but the big drawback is on the resolution. The phone comes with an HD+ resolution of 1,500 x 720 pixels. It also has a waterdrop notch at the top that serves as a home for the selfie snapper. In terms of software, the major drawback is the presence of Android 11. Anyway, it would be a huge surprise to see Android 12 while the Redmi Note 11 series still brings the old OS. Worth noting that it already brings MIUI 13. 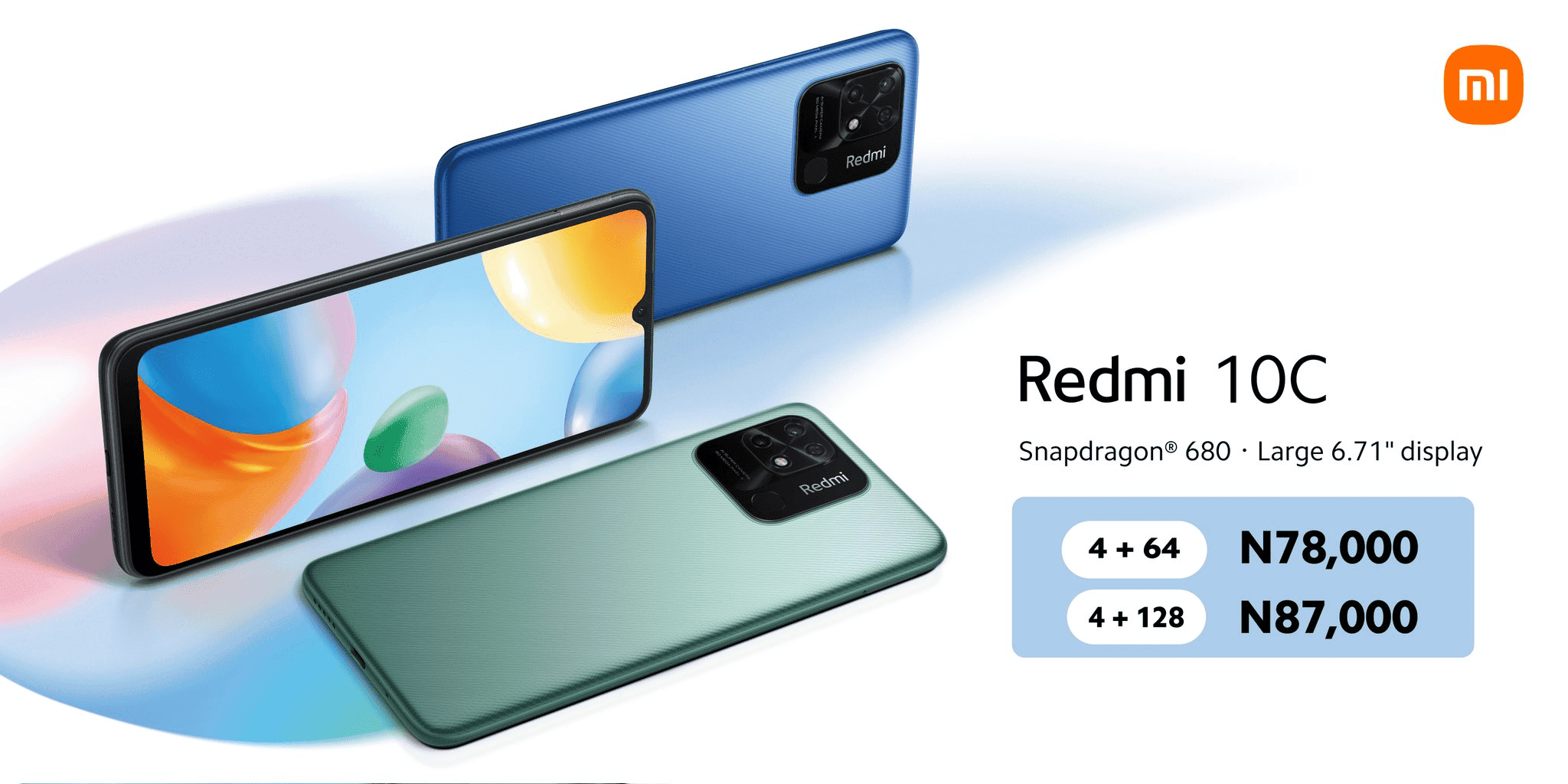 Under the hood, the Redmi 10C packs the Qualcomm Snapdragon 680 SoC. The device comes with up to 4 GB of LPDDR4X RAM and up to 128 GB of Internal Storage. For further memory expansion, the phone employs a micro SD card slot. In terms of endurance, we have a 5,000 mAh battery. Unfortunately, it will take hours to charge due to the very limited 10W charging. It’s not clear if that is the max the phone supports or if it’s just what the included charging brick supports. In 2022, with many phones hitting the 100W+ charging mark, it’s hard to digest 10W charging, even on a budget device.

However, looking at the camera department, we can understand that Redmi is not here to impress with the Redmi 10C. The device has a super modest 5 MP camera acting as selfie snapper. Moving to the rear camera department, we have a big 50 MP camera module. I accompanied by a budget 2 MP depth module. Unfortunately, other details have not yet been confirmed by the company.

According to rumors, the Redmi 10C will reach other markets as Redmi 10 or even POCO C4 in late March or April.

Previous Redmi K50 Pro+ Will Have A Different Name, But Specs Remain Unchanged