Spotify and FC Barcelona announced a long-term partnership, which officially kicks off in July 2022. The giant of music streaming will become the main partner of the Club and the Official Audio Streaming Partner. Spotify will appear on the front of both men’s and women’s team shirts and training shirts beginning in the 2022-2023 season. Spotify and FC Barcelona will work together to create opportunities for the iconic short to be a space that celebrates artists from across the world. The giant will also become the Title Partner of the Stadium with the historic Camp Nou stadium. It will be rebranded to Spotify Camp Nou.

In addition to that, Spotify will use the partnership to shine a spotlight on artists from all over the world. The goal is to bring “football and music together, giving a global stage to players and artists at Spotify Camp Nou”. The partnership plans are subject to the ratification of the Barcelona Member Assembly. It will take place in early April. 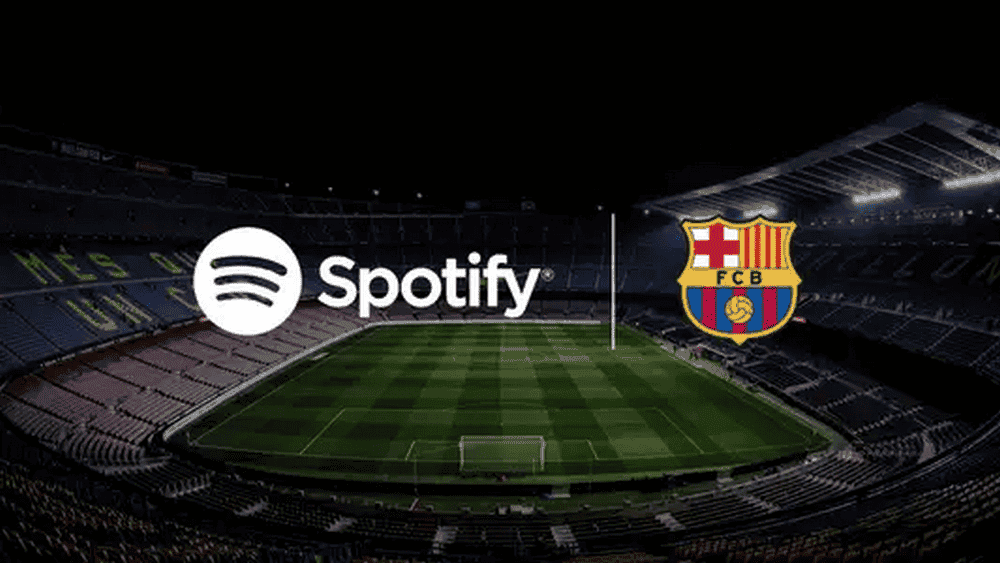 Spotify’s Chief Freemium Business Officer, Alex Norstrom, will offer more insight into what fans can expect from this unique deal. When it comes to the reason behind this unprecedented partnership between Spotify and FC Barcelona, he comes with the following answer>

“It’s about connecting fans with artists of every kind—players and artists, music and sports. Barcelona fans and audio lovers on the platform will come together to form a massive, globally-connected community. The community will bridge the worlds of music and football. The vision for the partnership is to create a new platform to help artists interact with Barcelona’s global community of fans.”

The goal is to make Spotify grow as a worldwide brand. There are a few partners that have this sort of scale and global reach, and FC Barcelona is clearly one of them. According to the company, through the partnership, they’ll be able to connect music and football fans from Barcelona to Mumbai. In the same way, from Jakarta to Rio de Janeiro. As per the company, this is a really unique opportunity.

Worth noting that this partnership is a “first-of-its-kind”. However, it may create a precedent for the near future. More of the streaming giants may see potential in the massively popular football clubs. Especially in this year, which has a FIFA World Cup scheduled for the end of the year. We are curious to see the real effects brought by the partnership.

Talking about the popular music streaming platform, we have created an interesting tutorial that will help you to transfer Spotify playlists to other apps. Check it here. There is even a dedicated tutorial teaching how to switch to YouTube or Apple platforms.

Previous Meta will hire 2,000 staff for Spanish Hub aiming at a regional expansion

Spotify join others – pulls out of Russia