According to recent reports, Sony recently announced that Sony PS4 users who want to try Apple’s Apple TV+ service can get an extended three-month free trial period on their console. This offer is only available to those who haven’t subscribed to Apple TV+ before. Interested users can download the Apple TV app from the Sony PS4 TV and Video section and follow the on-screen instructions. An Apple ID is required to redeem this transaction, as well as a PlayStation Network account. 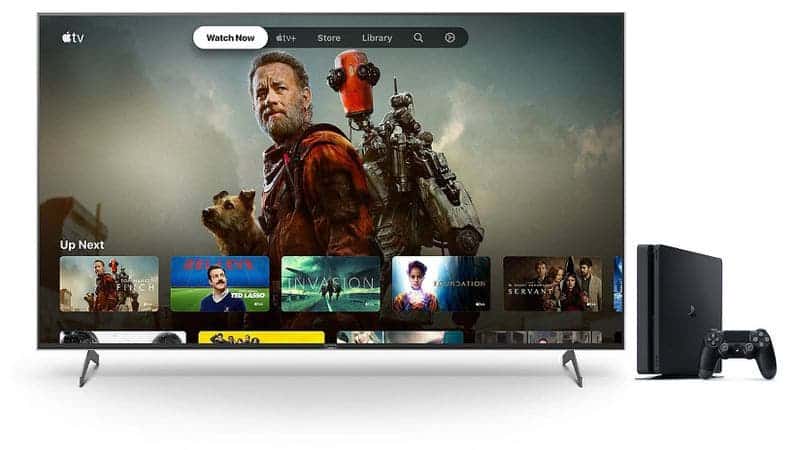 After the trial period ends, the Apple TV+ subscription plan will automatically renew to $4.99 per month. Of course, the user can choose to cancel the subscription if they so desire. PlayStation’s extended trial deals will run until July 22, 2022. The trial is limited to those with a Sony PS4 console, and it’s not available for those with a PlayStation 5. However, PlayStation 5 owners have a separate six-month Apple TV+ free trial.

It has been more than two years since Apple launched the streaming media platform Apple TV+, which provides exclusive movies and TV shows. While Apple TV+ has been slow to grow, it has gained global market share over the past five months. As of now, Apple’s subscription service is closer to HBO Max.

Apple TV+ lost some subscribers after Apple reduced the free trial period for new customers in July 2021. Apple TV+’s market share fell below 5% in July-September 2021, but the platform regained subscribers in October 2021, surpassing the 5% mark.

The influx of new subscribers to Apple TV+ during this period may have been due to the highly anticipated new shows and seasons of TV series such as “The Base,” “The Invasion,” and the second season of “The Morning News” released in September and October last year.

In February 2022, Apple TV+ had a global market share of 5.6% – that’s still well behind major competitors like Disney+ and Netflix, but is approaching HBO Max. The streaming platform, owned by WarnerMedia, lost subscribers last month, even as it is expanding into more European countries. JustWatch estimates that HBO Max has 7% of the global streaming market share.

New streaming service HBO Max is gaining market share, thanks to its European launch. Both Peacock and Peacock Premium failed to gain momentum, while Apple TV+ gained momentum after an initial dip. Apple’s streaming service is close to surpassing HBO Max in global share. Apple is reportedly hoping to release at least one new piece of content a week on Apple TV+.