Maserati may not be a name on the mouth of the average car consumer. However, if you’re an enthusiast you certainly know the brand behind luxury and innovative vehicles. The Luxury auto brand Maserati plans to offer electric versions of its entire lineup by 2025, starting next year with a new GranTurismo EV (Electric Vehicle). It will feature more than 1,200 horsepower and will certainly set a new standard in the industry.

The GranTurismo “Folgore” will be the first all-electric vehicle for the legendary Italian brand. To those unaware, Maserati is currently owned by Stellantis. It was formerly known as Fiat Chrysler. The new vehicle will have a top speed of nearly 190 mph and achieve 0-62 mph in under three seconds, as per the company. Of course, the plan goes beyond the GranTurismo. After this vehicle, the company will introduce the all-electric Grecale midsize SUV and a Grancabrio GT car. Around 2025, Maserati also plans to add electric versions of its MC20 supercar, Quattroporte sedan, and Levante SUV. 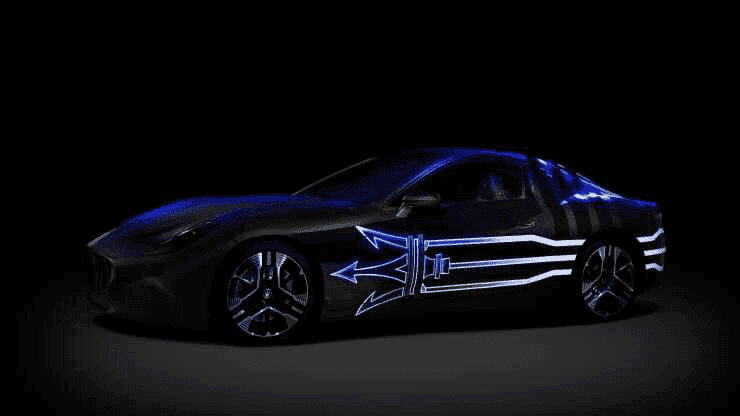 Maserati CEO Davide Grasso on Thursday describes the EV transformation. He includes its target of going totally electric by 2030. According to him, there is a “defining moment” for the more than century-old automaker. Worth noting that basically all major automakers, specifically the luxury ones including Maserati, have announced plans for Electric Vehicles to represent the majority. These carmakers want to produce Electric Vehicles on the full scale over the next years. Some of them want a majority, while others want to go fully electric. These numbers will be reflected in sales until 2030. This certainly goes for luxury companies, but at the same time, traditional carmakers are also moving more and more to electric vehicles.

Maserati is the latest carmaker to join the segment of EV

Maserati disclosed preview images of the electric GranTurismo. The car will bring a smooth exterior design for the four-seat coupe. Unfortunately, Maserati didn’t disclose how much it expects to charge for the new Electric Vehicles. However, the current traditional models range from about USD 78,000 to more than USD 200,000. Therefore, don’t expect these cars to be cheap, but at the same time, they won’t be significantly costlier than the current models.