LG may be out of the smartphone business, but the company still has a lot to offer for us technology enthusiasts. The company has a huge portfolio of electronics from smart TVs to home appliances. However, when it comes to computing, LG also has its own set of laptops with compelling specifications. Back in the last year, the company introduced its LG Gram laptops featuring interesting specs such as 11th Gen Intel CPUs with Iris XE iGPUs. In fact, the lineup has been around since 2018. Today, the company is presenting big upgrades for these laptops. This time around, they pack the latest Intel processors as well as a much more powerful GPU. The company presents the LG Gram 16 and LG Gram 17.

The Korean firm has introduced the LG Gram 16 and LG Gram 17 laptops today. These come with 12th Gen Intel Core CPUs and optional versions with dedicated NVIDIA RTX 2050 graphics. As the names clearly imply, there are two distinct design versions. Each one refers to the display size, for example, the smaller one has 16-inch and the bigger one is 17-inch. Interestingly, even the smaller has a considerably larger display. After all, the industry is full of 13-inch and 14-inch laptops, and it’s not common to see conventional laptops, not gaming-oriented, going to the 16-inch and 17-inch sizes. Both panels come with 16:10 aspect ratio and 2,560 x 1,600 resolution. It’s an IPS LCD with 99 percent coverage of the DCI-P3 gamut and an anti-glare coating. 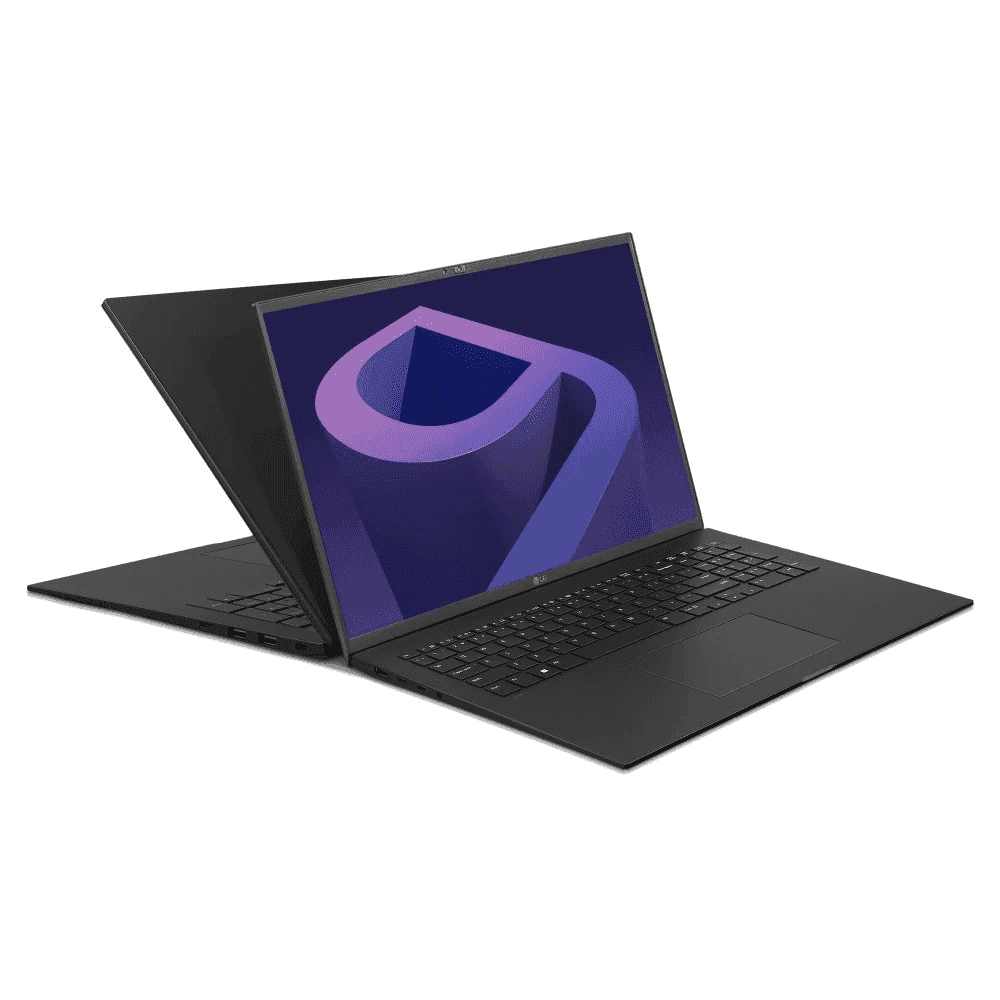 The LG Gram 17 model comes with either an Intel Core i5 (i5-1240P) or an Intel Core i7 (i7-1260P). The 16-inch model is only available with an i5. Some models rely on the Iris Xe iGPU, others are equipped with up to an RTX 2050. Interestingly, their names also come from their lightweight profile. For example, the variant with 16-inch has 1,2 Kg with eGPU, the 17-inch variant has around 1,4 Kg. The higher has a large 90 Wh battery built-in, as large as you get on an airplane. The 90 Wh batteries are for the variants with the NVIDIA GPUs. The integrated video has 80 Wh batteries. It’s natural to see that difference, as the NVIDIA GPU will certainly need more energy due to its prowess. For both variants, the charging comes at 65 W. 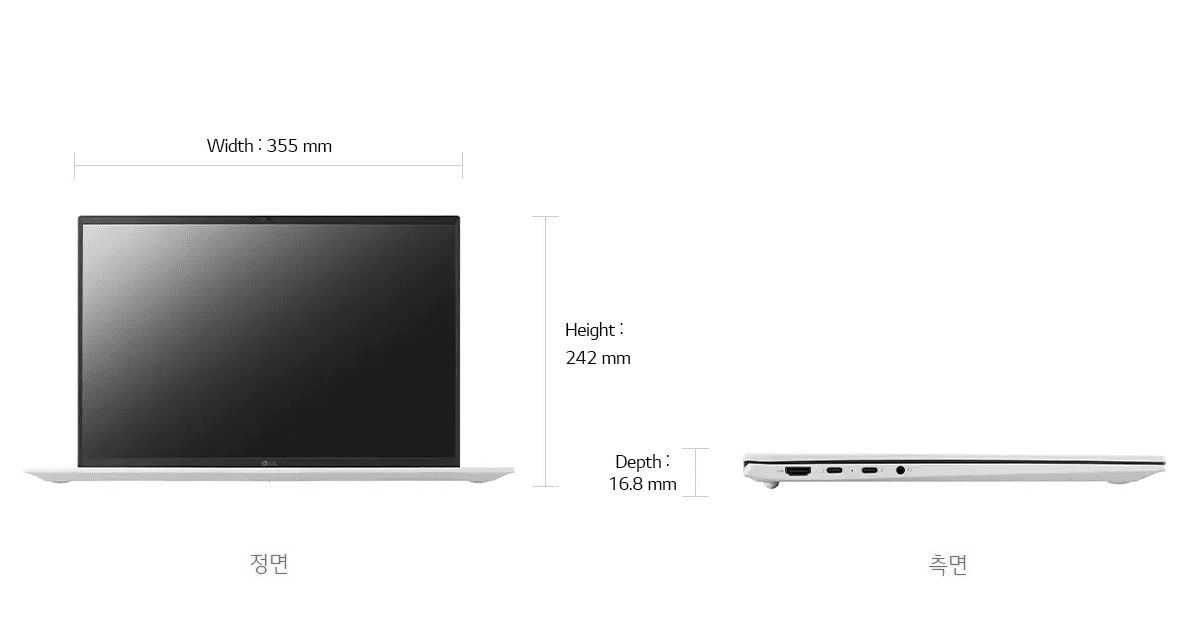 According to LG, there is a 70 percent speed increase with the LG Gram 16 and 17. However, this stands for the new Core i7 model. The Laptops also come with PCIe 4.0 x4 SSDs, which are 22 percent faster. The SSD capacity starts at 256 GB, and both sizes also have an additional expansion slot. The RAM capacity starts at 8 GB and goes up to 32 GB. However, the LPDDR5 RAM is soldered on the motherboard, so there is no way to upgrade your variant.

Connectivity-wise, the LG Gram 16 and 17 come with two USB Type C 3.2 Gen 2 ports with Thunderbolt 4 and USB Power Delivery. It also comes with a full-size HDMI and 3.5 mm headphone jack, plus a micro SD card reader. For wireless connectivity, there is Wi-Fi 6E and Bluetooth 5.1. 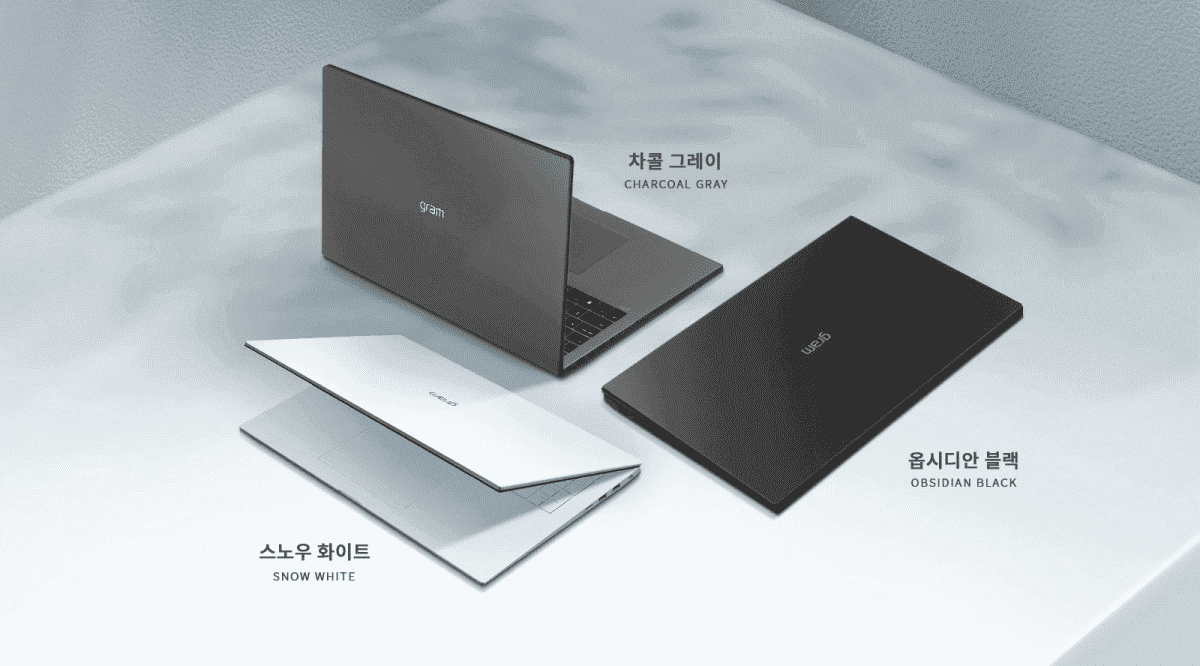 Next Samsung Galaxy A53 launched in India, Exynos 1280 and more in tow